AFTER three weeks of radiotherapy in Southampton and two weeks of self-isolation at home, today is the day one islander can finally hug her family again. 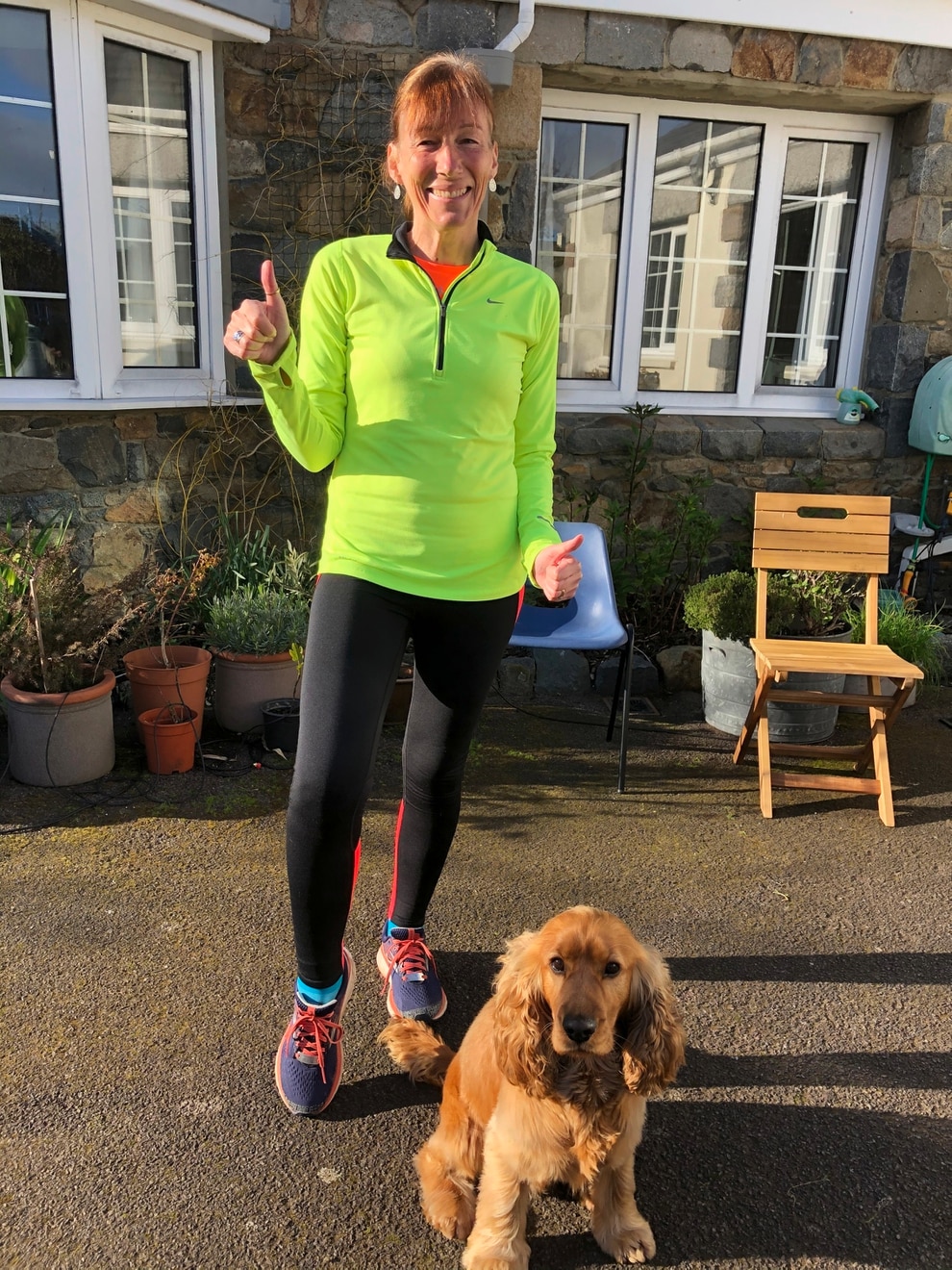 Kate Trow returned to the island as strict rules on self-isolation were introduced. (27928682) 5K was 177 laps of Kate Trow’s garden – and she changed direction regularly to avoid repetitive strain.

But she has not been idle in that time.

Following her treatment in the UK, Kate Trow returned to the island on 24 March, when the strict rules for self-isolation for anyone entering the Bailiwick were enforced.

This meant she has had to live in her daughter’s empty bedroom, was not able to touch handles, do cooking or cleaning and had to limit contact with her family and maintain a two-metre distance from them at all times.

‘For the 14 days I set myself a challenge that each day I would run round my garden and complete 5k every day,’ she said.

‘My family and friends have been supportive and amazed in equal amounts. Some think I am completely mad but it has kept me sane, giving me a purpose each day and, of course, keeping me fit.’

While the garden in the Vale is not huge, it is – thankfully – flat and takes less than 20 seconds to run around.

‘I used my running watch to clock the distance and my son helped count the laps – 177 times round,’ she said.

‘I had to alternate my route by running clockwise or anti clockwise to avoid repetitive strain.’

To keep her going, Ms Trow had various challenges, such as running faster to get a personal best, running laps while thinking of different loved ones and running half a mile in one direction and then swapping.

‘I have certainly become far more aware of nature evolving in my garden, but also deep gratitude for an outdoor space.

‘My husband would say “What route are you doing today?”, my other daughter has been working from home so she would look out of her window and see neon Lycra run past her window to the point of feeling dizzy.’

She said it proved very entertaining for the dog, which nearly tripped her up on several occasions.

Tight bends meant she could not pick up speed but she was pleased with her garden 5k PB of 33min 4sec., aided by her 12-year-old son’s coaching and encouragement from the trampoline.

‘As well as developing a routine during self-isolation, I was keen to keep going following radiotherapy, as a common side-effect is fatigue. I also wanted to inspire others to keep going whatever they are facing during these difficult times.’

Today when she wakes up, Ms Trow said she is really looking forward to giving her family a massive hug, which she has missed so much after five weeks.

‘After that, I’m looking forward to the freedom of running in a straight line with different scenery.

‘My family will be able to run with me rather than feeling dizzy and the lawn will be given a much-needed rest.’