WATCH: Final stages of lockdown could come in the autumn

THE island could be on its way to normal with restaurants, beauticians and gyms operating by mid-September, according to the Covid-19 lockdown exit framework revealed yesterday.

That timescale was described as conservative and ‘in all likelihood’ it will go faster, according to Director of Public Health Dr Nicola Brink.

Guernsey is currently in phase two of a six-phased exit plan and each consecutive step is expected to take between four and eight weeks and will include the extension of household bubbles.

It has been five days since a positive case was identified and there are only 16 known active cases remaining.

If community seeding remains under control, and the community is complying with lockdown rules, phase three could arrive in less than three weeks’ time according to Deputy Heidi Soulsby, President of the Health & Social Care Committee.

As a result, before the end of the month, Friday night takeaways could be back on the menu.

Libraries, museums and places of worship could reopen too, although the latter only for private prayer, not congregations.

Funeral restrictions could be also relaxed, although details have not been released.

Dr Brink emphasised that the exit framework was flexible and subject to change.

‘This is a framework and, as evidence comes into play, we might in fact shorten some of those times but what we wanted to do was put something out that we thought could realistically be achieved and actually that we thought we could do better than,’ she said.

‘You’ll have to forgive us if we do change our minds with regard to the numbers because, if new evidence occurs, we will of course review what we will do.’

Adjustments withstanding, phases three and four are expected to last eight weeks each.

Athletes and ramblers will welcome the extension of the two-hour exercise window during the fourth phase as well as the reopening of gyms and pools.

Restaurants will also reopen as long as tables are spread out to accommodate social distancing and retail, hospitality, beauticians and hairdressers will all be allowed to operate under strict guidance too.

Deputy Soulsby described the next phase, five, as ‘business back to normal, almost’ within the ‘Bailiwick Bubble’, although social distancing will still be in place.

There is currently no predicted timeline for when phase six will begin, allowing Guernsey to rejoin the global community, although the arrival and administration of a vaccine and a reduced risk profile in neighbouring jurisdictions ​are factors.

With an end to lockdown in sight, Deputy Soulsby likened devising the exit plan to learning a dance.

‘There was a good analogy made the other day, where lockdown was like the hammer where we squashed the infection so our medical services could cope and so we weren’t overrun.

‘The easing of lockdown is more like a dance. We have to learn that dance and have to learn how we live with the virus within our community.

‘We are saying that we might not get the steps right immediately, we might have to stop and go back a bit and just learn as we’re going along.’ 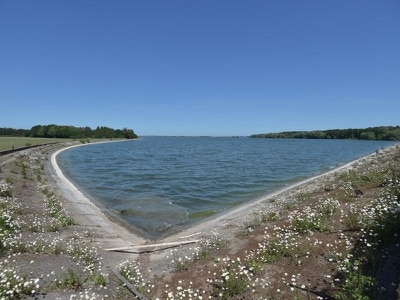