LOCKDOWN did not stop residents of Epinelle Road, St Sampson’s, from embracing fully the spirit of Liberation Day. 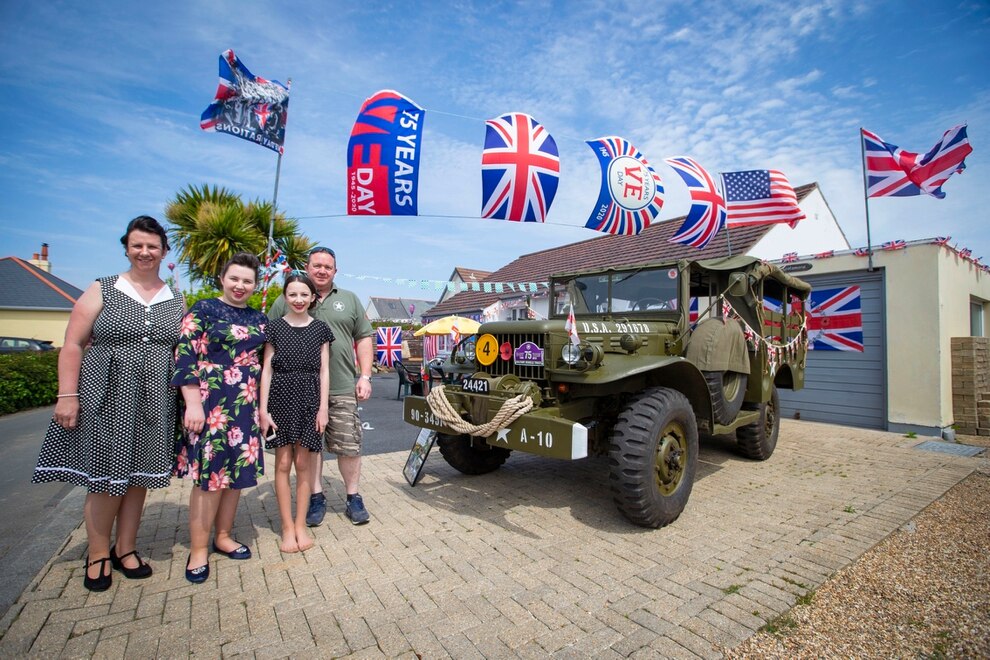 There were plans to close the road and hold a street party, but under guidance from Public Health, these plans had to be re-shaped to observe social distancing measures.

John Gibson tried to decorate as much of the front of his house with flags and bunting as possible.

‘I’ve been collecting the flags over the last three years,’ he said.

‘My mother was in the RAF and always hung an RAF flag out for Liberation, so I thought I would continue to honour that for her and over time it just grew and grew and by the time I was looking for flags to mark the 75th anniversary, I had plenty to choose from.’

He said it was a great way to keep the memory alive of all those who fought for our freedom and show that we appreciate what they suffered through for us.

Further up the road, the Mills family parked their military vehicle, called Daisy, on their driveway for passers-by to see.

Mum Anna said: ‘We’ve had quite a few people walking or driving past us and they give us a big wave and take photos, it’s been fantastic.’

The family donned 1940s dress and were pleased to bring some amusement for those who passed by throughout the day.

‘Because we weren’t able to throw our street party, we wanted to make the most of it and sit in the garden, have a barbecue and chat to the neighbours in their gardens,’ she said.

Mr Mills added: ‘We were going to put a couple of flags out, but when we saw the effort John had gone to at the bottom of the road, we really ramped it up – and it’s been great fun.’

The impressive vehicle that sat out in front of the house should have been part of the biggest cavalcade that had been planned for the Liberation Day celebrations.

They purchased the vehicle 10 years ago ahead of the 65th anniversary and have taken part in several military displays and events since.

‘The family said it was a shame the normal Liberation Day traditions could not happen this year, but hoped islanders would put in effort again next year to make it even bigger and better,’ Mrs Mills said.