A COMBINATION of fantastic weather and an easing of lockdown restrictions resulted in plastic rubbish being scattered about Port Soif and Grandes Rocques, according to a local rambler. 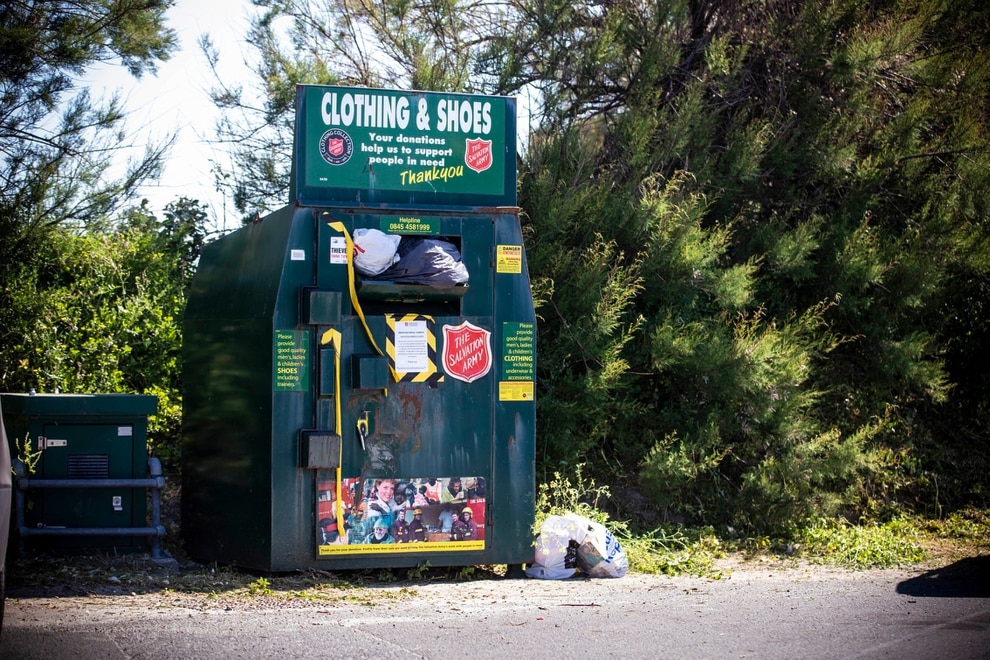 A rambler reported lots of plastic items left on beaches, coastal bins full of household rubbish and even black sacks jammed into a charity clothing bin, which had been taped up during the pandemic. (Pictures by Peter Frankland, 28322444)

The woman, who wished to remain anonymous, found bathers, buckets and spades, rubber flip flops and even a rubber ring abandoned to the elements on one of her regular strolls across the west coast beaches.

As her walk progressed, things only got worse.

The bins at Grandes Rocques were overflowing with what was clearly household waste, she said, and some had even been jammed into the charity clothing bin.

‘I came back and I felt so upset at what I’d seen that I thought people need to be educated,’ she said.

‘Had it been a really high tide that plastic would’ve been washed out to sea.

‘I’m a sea swimmer and I teach my grandson to protect the environment and pick up the plastic and I think parents should educate their children to bring their things home and respect the beach and respect the sea.’

Coming across plastics and other detritus has become a regular experience for a number of islanders, as demonstrated by the sheer number and variety of posts on the Facebook page ‘Found on the Beach Guernsey’.

There are plenty of local ‘Wombles’ doing their best to keep the island’s beaches clean, some on a daily basis, but the combination of rubbish that washes up and that left by islanders makes it an unending and unappreciated task.

The environmental threat of plastic was highlighted in 2017 by the second series of the BBC’s Blue Planet documentary, narrated by David Attenborough, which revealed that some eight million tonnes ends up in the ocean each year.

Kanye West to ‘run for US president’