AT THE first event that Government House has been able to host since lockdown, nine young writers were celebrated for their Liberation-themed poems. 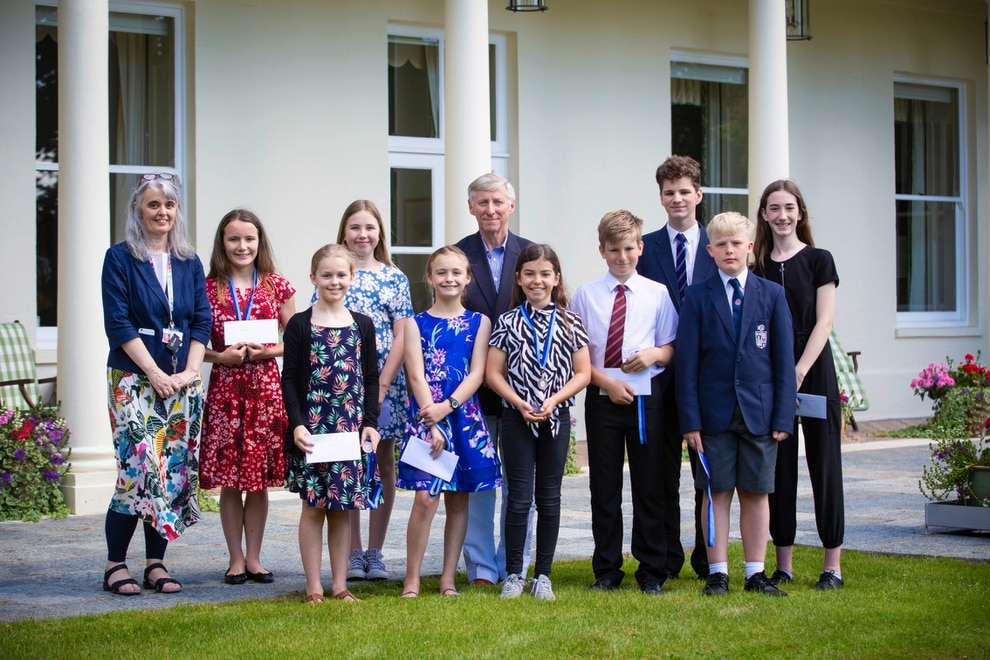 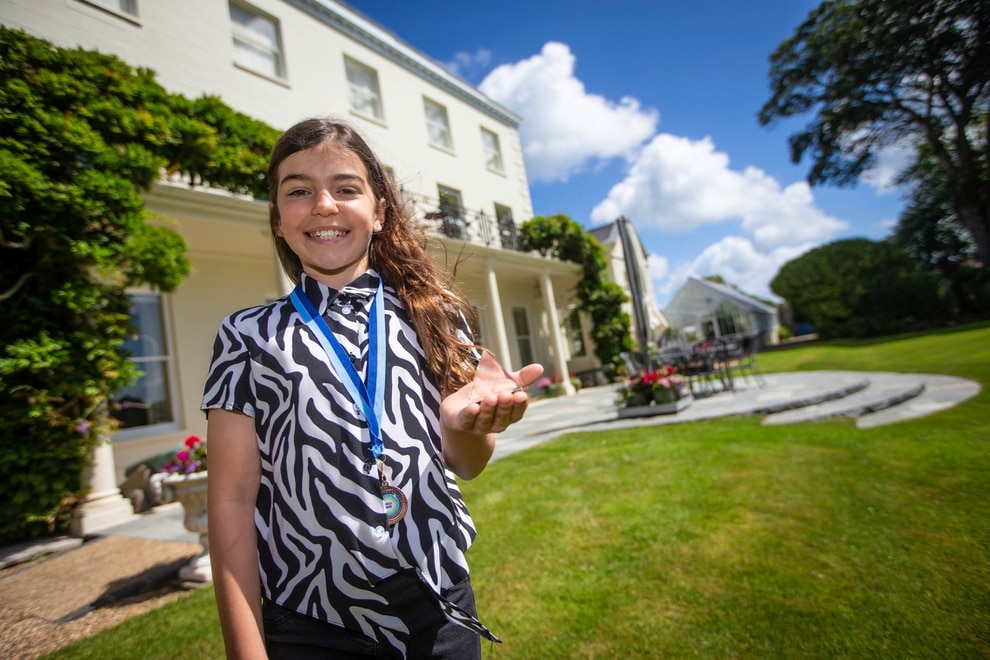 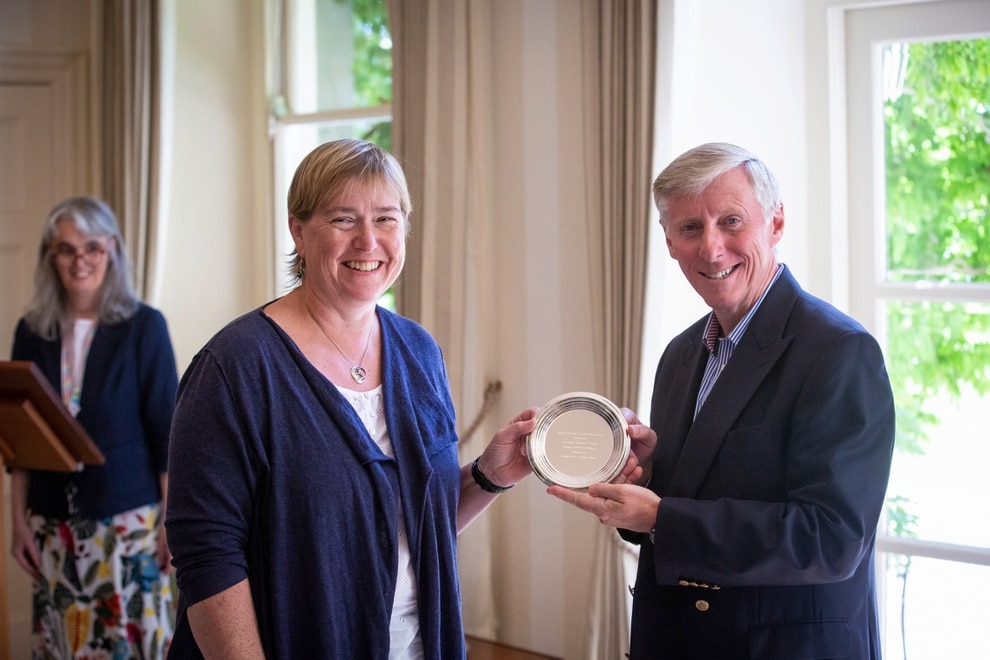 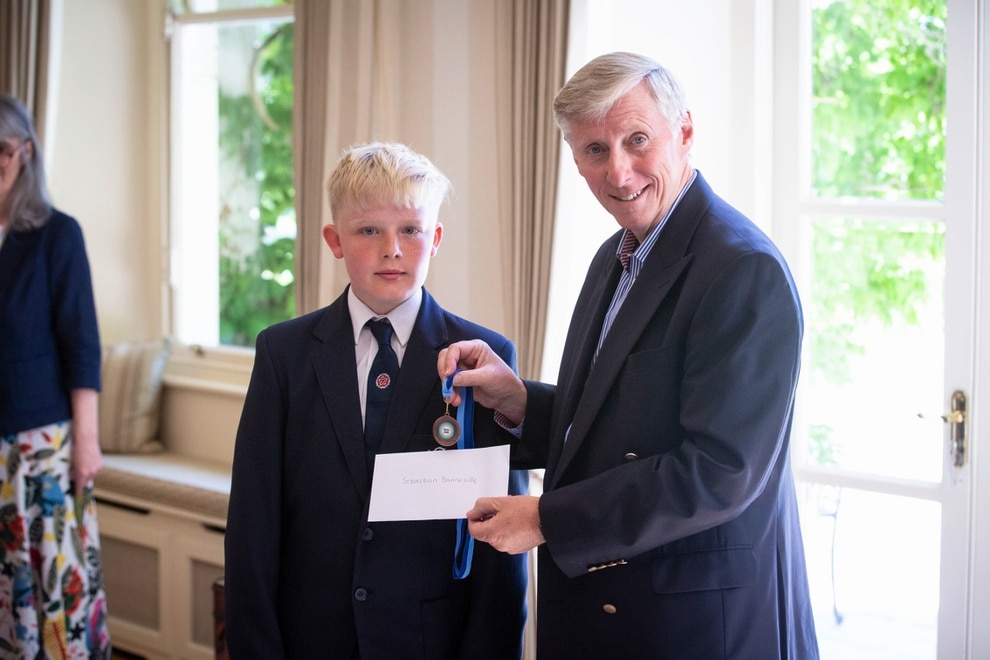 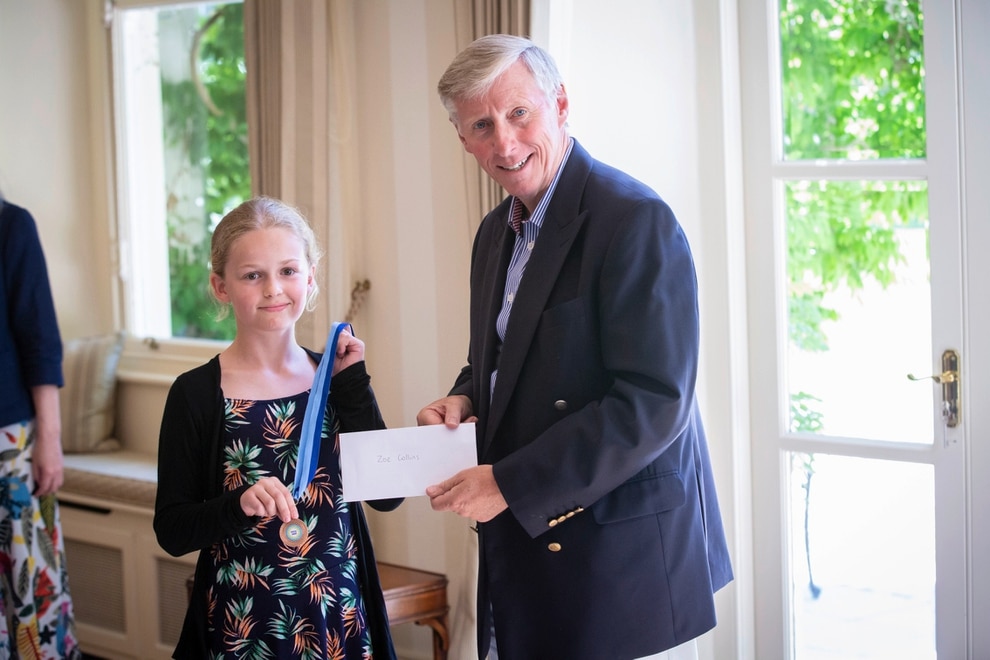 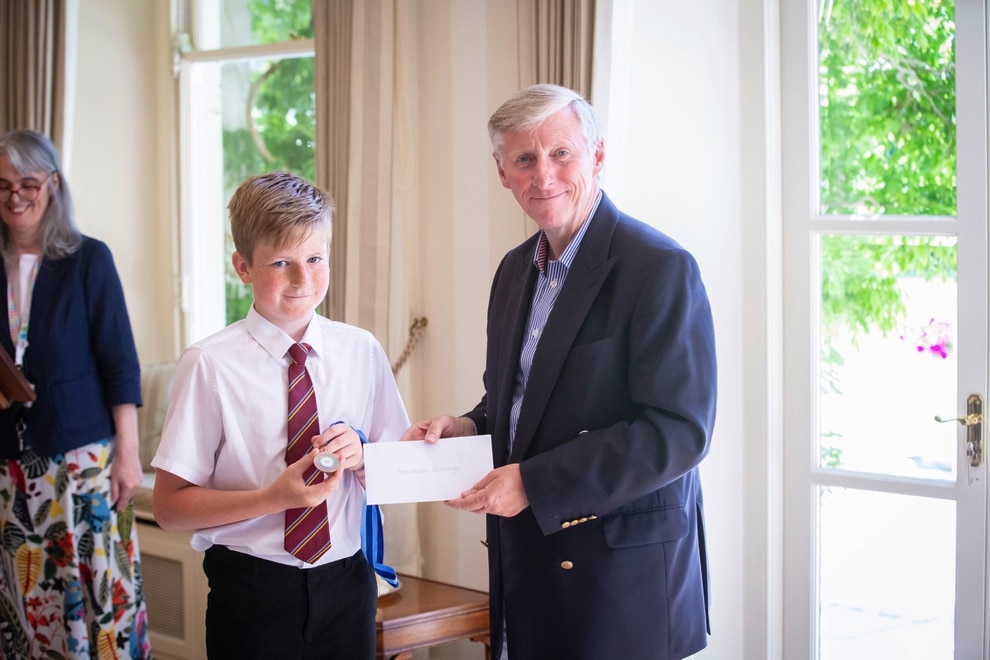 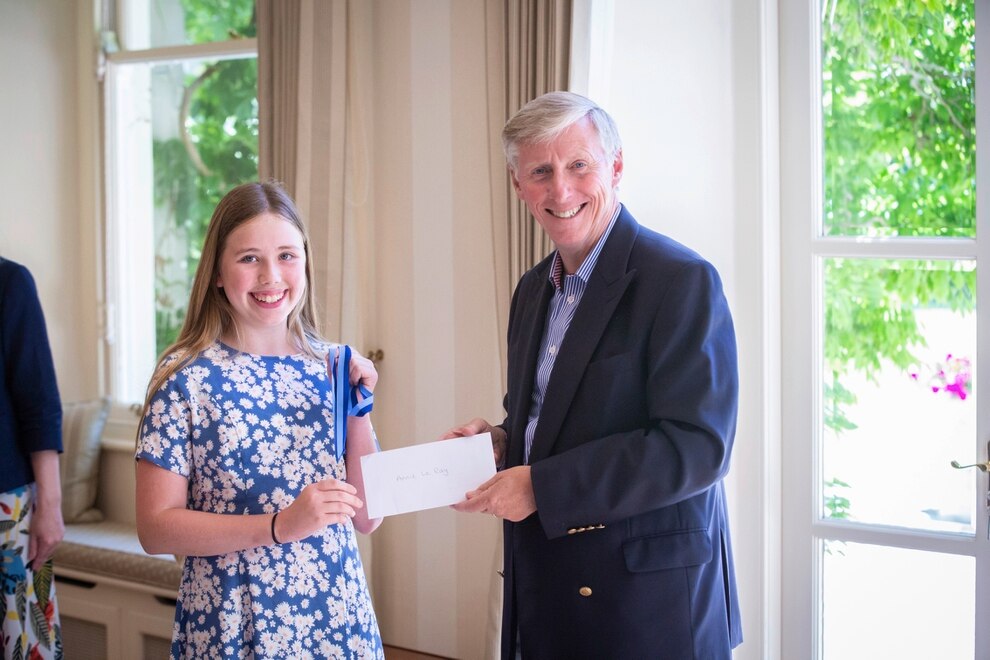 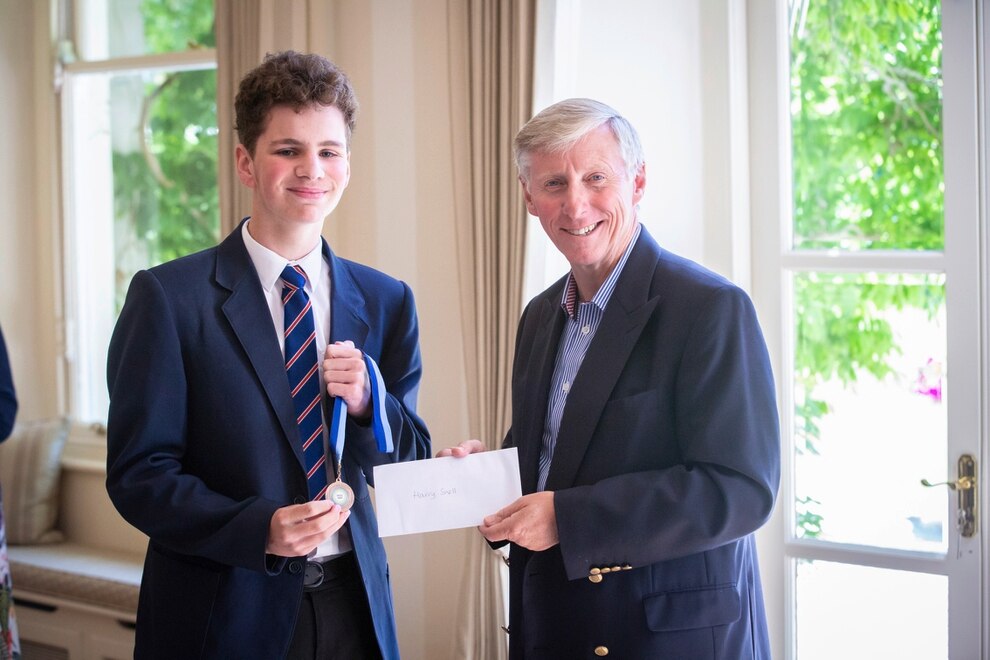 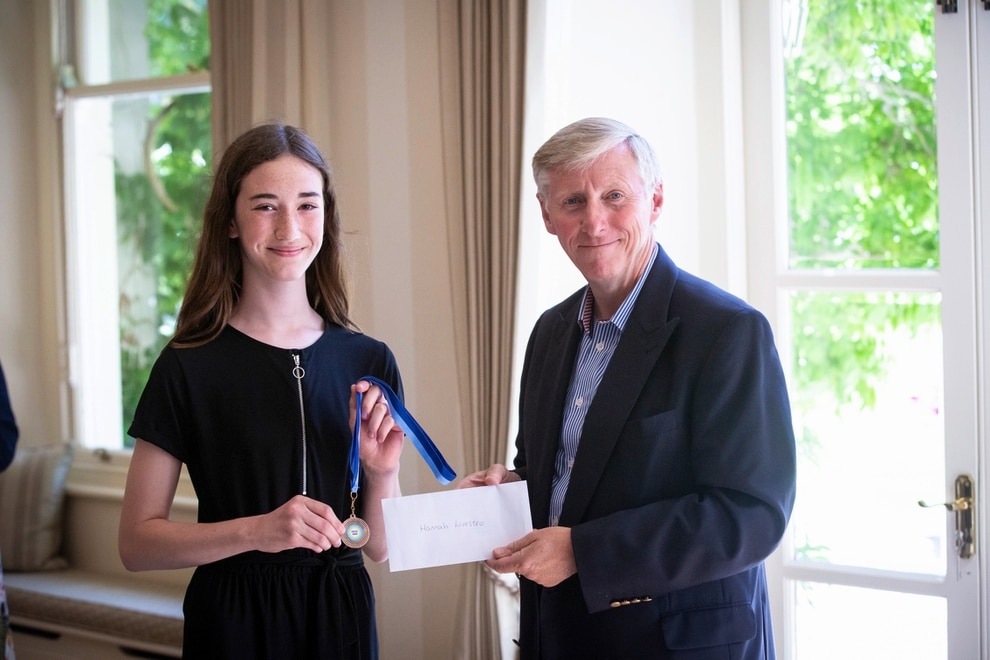 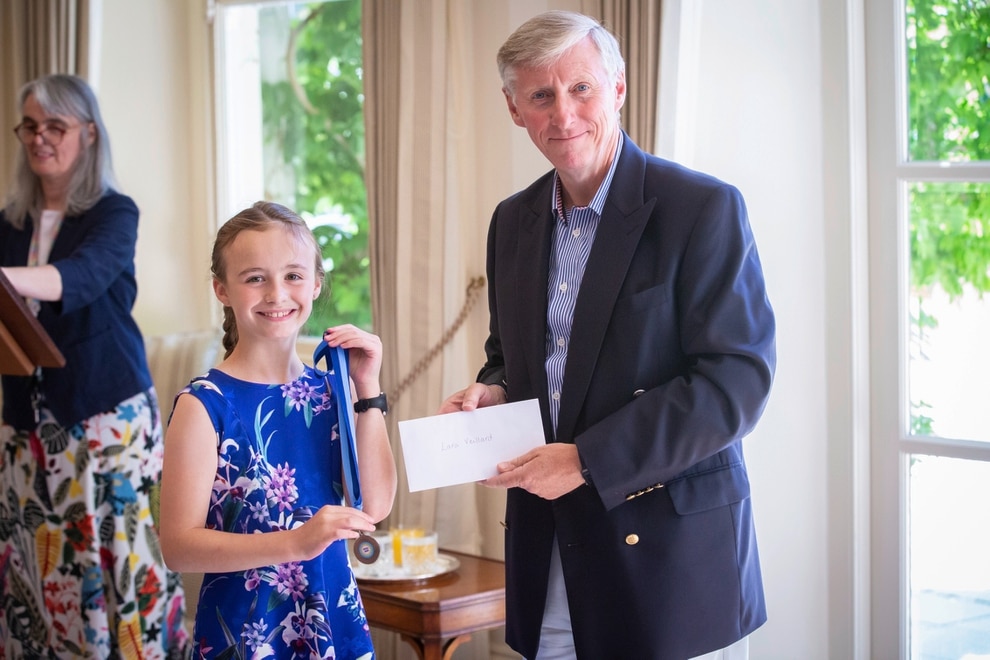 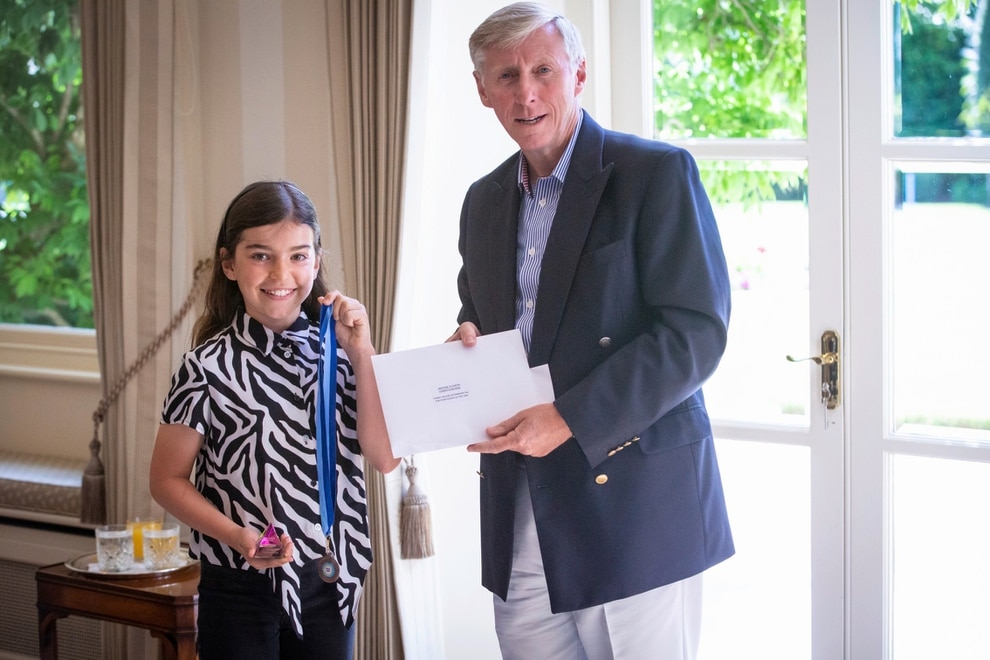 In the spring term a school poetry competition was launched, supported by the Guernsey Arts Commission and Heritage 75 Festival.

Nine finalists were chosen from 110 entries, judged by a team of sixth form students who were studying English.

They were all invited to read their poems on BBC Radio Guernsey and attend a reception and prize-giving with the Lt-Governor, Vice Admiral Sir Ian Corder.

The organiser of the competition, Dr Karen Marshall, had made the decision for it to be online and completely paperless, so when lockdown was enforced it was able to go ahead without a hitch.

‘The idea was to remember and celebrate 75 years of freedom and students were asked to write a poem that remembered some aspect of the occupation or to celebrate liberation,’ she said.

All of the finalists received medals, with special mention to Elizabeth College Junior School for winning the prize for the highest quality of poems from one school.

From telling a story from the perspective of a child being evacuated, to the feelings of a soldier on the frontline, the poems showcased a range of understanding for those who were impacted by the war.

Lucie Jackson, 11, took home a trophy along with her medal for winning the overall competition with her poem called Occupation, which described the desperation and imprisonment that people of the island felt during those five long years.

The St Martin’s Primary School student said she has always enjoyed writing stories but this was her first time trying poetry.

‘I really enjoyed doing it. I looked at some different styles of poems and mixed a few together for mine,’ she said.

‘I had to do some research about dates and what happened during the Occupation. I never expected to win, I couldn’t believe it when they told me.’

After presenting the medals, Sir Ian said it was lovely to be able to host events like these again.

‘It is a shame that Liberation Day was so dramatically impacted by the pandemic but in a funny sort of way being in lockdown has given us a glimpse into what it was like to have our personal freedoms taken away from us.

‘It might have helped us understand a bit more of the trauma and shock that people were going through between 1940 and 1945.’

He praised Dr Marshall and her fellow organisers for the competition, saying for young people to learn and engage in accounts from the war was a really important part of remembrance and passing on stories through generations.

. Sebastian Banneville, Year 6 at Elizabeth College Junior School. His poem was called Liberation and talked about the joy felt on 9 May 75 years ago.

. Zoe Collins, Year 6 at Melrose. Her poem, Time After Time, was about what it would have been like for a young child to be evacuated.

. Seb Jennings, Year 7 at La Mare de Carteret High School. His poem was called You Are Free and spoke about what everyone could do now they had been liberated.

. Annie Le Ray, Year 6 at Melrose. She wrote a poem called Kill that was written from the perspective of a German soldier who was horrified at the part he played in the Occupation.

. Hannah Livestro, Year 8 at The Ladies’ College. Her poem was called The Ninth of May and captured the joy of Liberation 75 years ago.

. Harry Snell, Year 8 at Elizabeth College. His poem was called Forget That Day and was a graphic account of the horrors of war.

. Lara Veillard, Year 6 at Melrose. Her poem was called Ringing Freedom and was about liberation from the viewpoint of the bell that chimed with joy on that day.

. Carmen Walsh, Year 8 at The Ladies’ College. Her poem, Liberation, captured the happiness felt on 9 May.

. Lucie Jackson, Year 6 at St Martin’s Primary School. Lucie was the overall winner with her poem called Occupation, which described the desperation and imprisonment that the people of the island felt during those five long years of war.

Deputy Lowe ‘fights for the people of Guernsey’