‘Save the flags for next year’

AIRCRAFT landed in Guernsey 80 years ago today marking the start of five years of German Occupation. 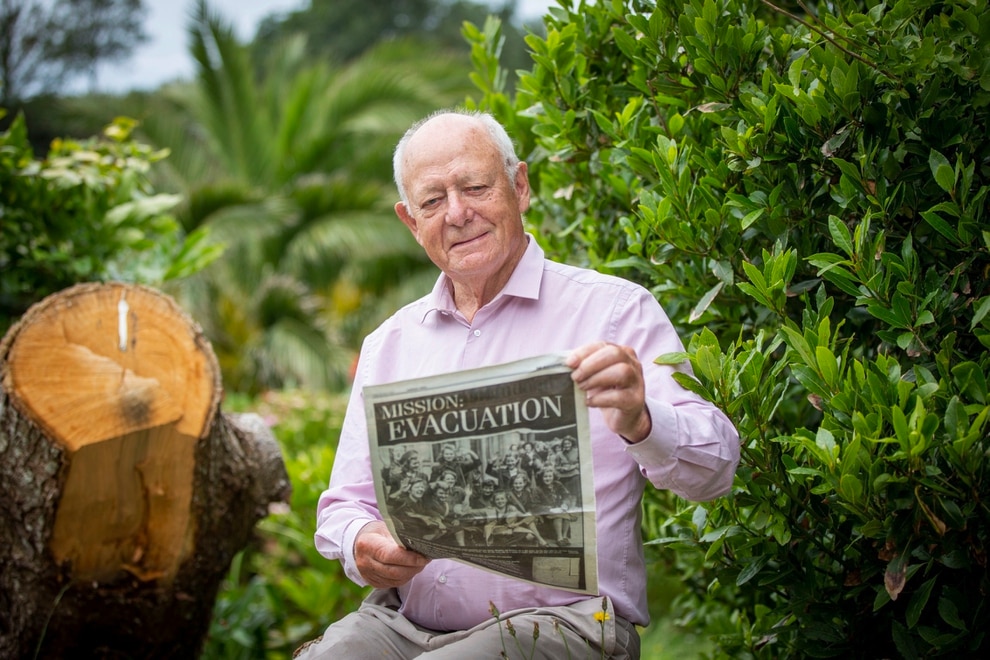 Former Bailiff Sir de Vic Carey was a new-born when he was evacuated 80 years ago. (Picture by Sophie Rabey, 28414492)

In the 10 days before that, some 17,000 islanders from a population of 43,000 had been evacuated to what they hoped was the safety of the UK.

Thought to be the youngest among them was future Bailiff Sir de Vic Carey, who had been born on 15 June 1940.

It was a time of great concern for so many people and one he thinks should not be forgotten. He is suggesting one way of doing it.

‘80 years later we have again found ourselves in a period of anxiety and uncertainty,’ he said.

‘It was appropriate to suggest that we should continue to mark our identity and solidarity as a small and proud community by keeping our flags up longer at Liberation-tide.

‘I would, however, like to suggest that now we come to mark the 80th anniversary of the invasion and occupation, those flags and other mementoes of a temporary nature that are still up are quickly taken down and put away to reappear at what we hope and pray will be a happier and fuller celebration of Liberation 2021.’

He said he did not wish to offend people who put flags up to mark Guernsey Together, but said they had to come down at some time.

‘When Bailiff I would often sit in the chair in chambers wondering what it would have been like for him knowing that the Germans were coming, but not knowing when or what they might do,’ he said.

Sir de Vic said his own arrival into the world had come at a bad time as the islands were facing the inevitability of German invasion.

‘My mother was ill after my birth and needed specialist care,’ he said.

‘My father saw no future for himself as a practising advocate and wanted to join the Army so we were all on one of the last boats, leaving my grandfather alone save for the limited support of an ageing sister-in-law.’

Certainly no flags were flying then save for the occasional white one and the flying of flags would have to wait for more than four years and 10 months.

The family was evacuated on 25 June 1940 aboard the Hantonia. Sir de Vic grew up in a village just outside Taunton, Somerset, before they returned to Guernsey in 1945.