ONE local farmer has for 10 years quietly been experimenting with Guernsey’s landscapes to transform the way the land is farmed and now, with positive results, he wants to spread the word. 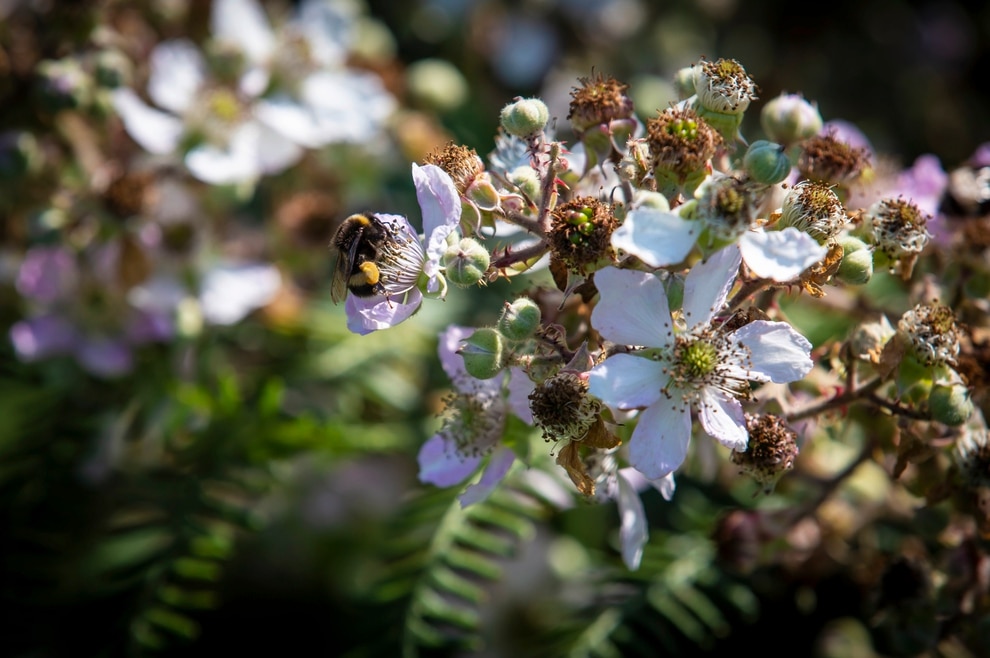 James Watts has been experimenting with new environmental techniques in farming including leaving areas to wild flowers to encourage insects and other wildlife, which in turn help control pests on nearby crops. (Picture By Peter Frankland, 28404657)

Meadow Court Farm’s James Watts has passionately been cultivating his land, experimenting with his crops to yield the maximum benefits for the soil and environment by working in harmony with nature rather than against it.

He wants to kick-start an initiative for locals to turn little bits of their garden that are waste areas or just overgrown areas into wildlife havens.

He said after results showed a positive effect on both the soil, crops and in turn the produce, he wanted to encourage other farmers and even islanders to take up what have been considered unconventional farming methods in order to improve the local environment.

‘I’ve been studying various techniques for so many years now and have been focusing on building soil fertility by working with nature, not against it,’ he said.

‘So instead of using fertilisers, pesticides or herbicides, which the land can become reliant on, this new approach looks at using these less and cultivating crops that promote the land to naturally become more healthy and nutrient-rich.

‘This goes against what farming has been about for the last 50 or 60 years.’

He said his way was through the growth of such crops as brambles, wildflowers, stinging nettles, clover, herbs, lupins, oats and barley, which attract insects that will instead be the land’s natural pesticides and herbicides.

For example, bees attracted to these crops can be surprisingly efficient and accurate crop sprayers. In addition ladybirds, which eat aphids that can cause crop disease, like stinging nettles, so by using the natural environment they balance each other out while also reducing pollution.

‘It’s something that not only benefits farming but also the wildlife, pollution prevention, global warming mitigation, animal welfare, biodiversity and the health benefits of the food we produce,’ Mr Watts added.

‘We want to use less, if any, chemicals, build soil carbon and yet produce more food of higher quality with significant health benefits that as a consequence will taste great, and all by working in harmony with nature, not against it.

‘Encouraging insects to do the work is good for them and good for us and though people say they are pests, to be honest for every one pest there are 1,000 beneficial insects.’

Not much is needed to encourage this, as Mr Watts has not only experimented with whole fields but also tight corners or on the sides that tractors are unable to get to, turning them into vast arrays of wild flowers ideal for bees and butterflies.

He hoped that by showcasing the benefits and his success story many more farmers and islanders with any size garden would be encouraged to change their farming and gardening methods too.

‘And although it’s not about the cost benefit – in the long run I think it will save us a lot of money – the main point is that farming this way is better for the land, for the animals, and for us. We’d be eating and drinking produce that has only been produced naturally, using next to no chemicals or none at all.

‘This is heaven for the cows, they find the crops delicious to eat and then when we drink their milk and eat their meat it will be delicious for us too.’ 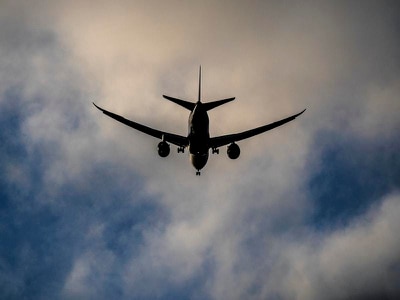