BIKERS took to the road yesterday in a Ride of Respect to thank frontline health workers and essential staff for their efforts during the pandemic. 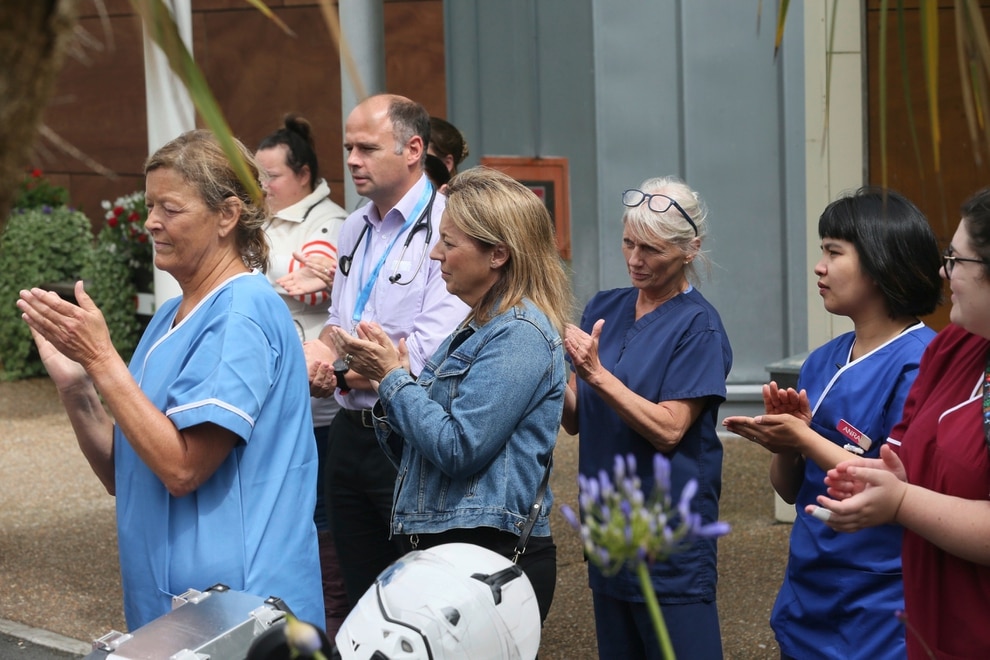 In the spirit of Clap for Carers, the ride concluded with a minute’s applause for medical staff and key workers. (28435630) 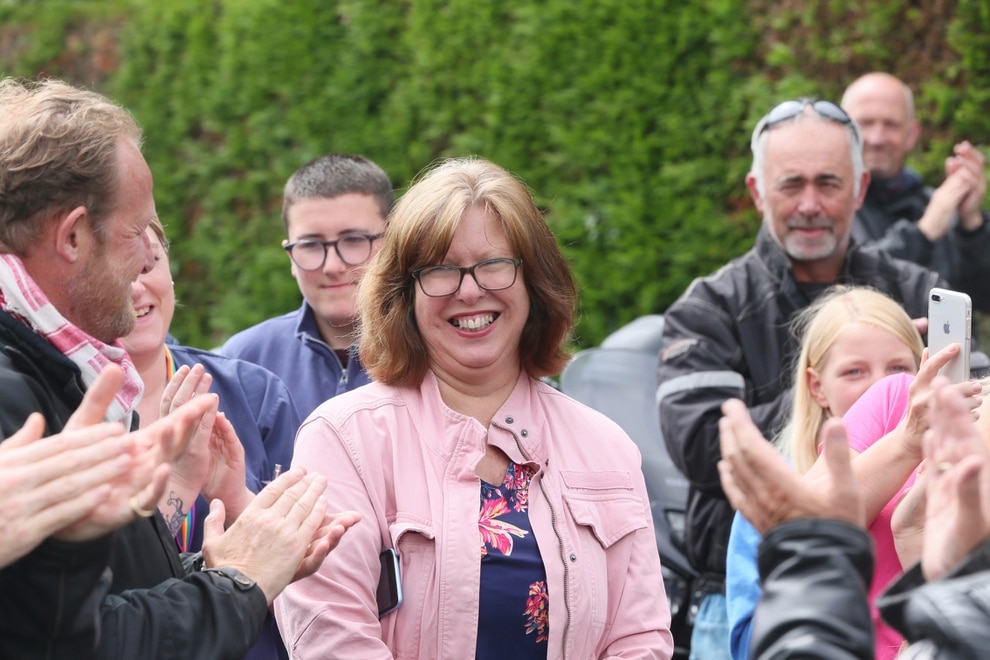 Director of Public Health Dr Nicola Brink declined the offer of a pillion ride. On the left is States chief executive Paul Whitfield, a keen motorcyclist. (28435628) 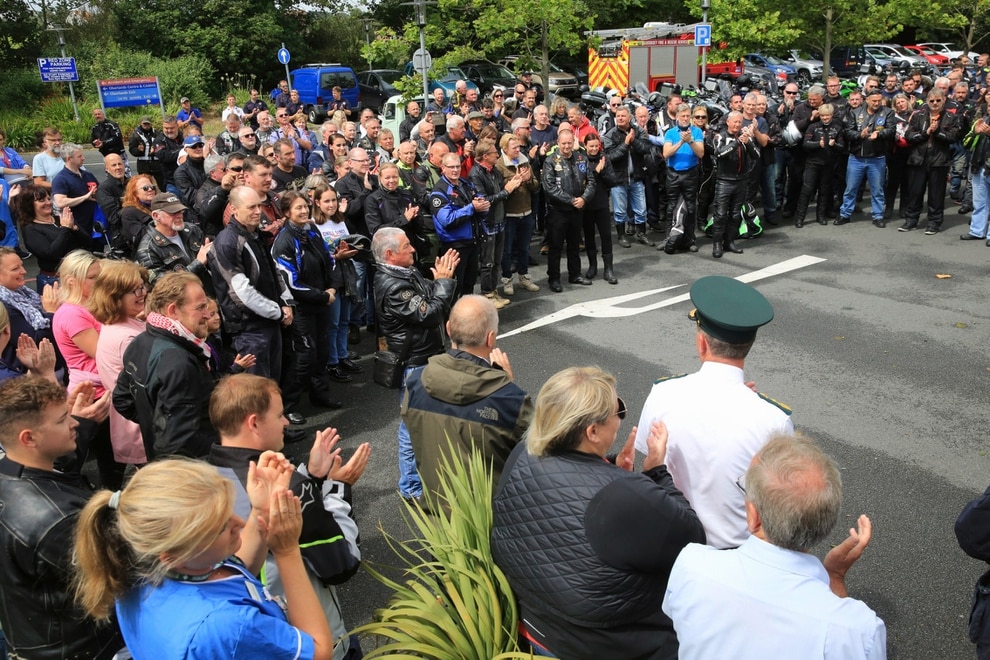 The turnout for the Ride for Respect attracted more than 130 motorcycles and surpassed the number expected. (Pictures by Adrian Miller, 28435640)

More than 130 motorcycles, many with pillion passengers, took the northerly route from Vistas Cafe at Vazon to the Princess Elizabeth Hospital where, together with others, they clapped for one minute.

Members of the emergency services took part in the ride.

Emergency Department doctor, Nemer Kharroubi, who organised the ride on behalf of The Guernsey Bikers Group, said the turnout had been amazing.

‘Waking up and seeing the fog and mist we had this morning is normally disheartening for bikers but today people have put the cause before the weather,’ he said.

Without the brains of Director of Public Health Dr Nicola Brink, he said Guernsey would not be where it was today.

Dr Brink said the ride was an absolutely wonderful gesture which reflected the community spirit that we had in Guernsey.

‘Guernsey Together and the community spirit has got us through this and the whole island has worked as team,’ she said.

Dr Brink confessed she had turned down an invitation to take part as a pillion passenger.

‘We’ve been through some tough times in the last couple or months but we’ve got through it together and a big thanks to everyone,’ she said.

Motorcyclist Mac Timms, 68, said health staff and everybody in jobs linked to the hospital had done a great job and deserved recognition for it.

Dave Prevel, who founded the Guernsey Bikers Group about six years ago, said the turnout had been awesome given the weather.

‘But it’s not surprising given the occasion and skin is waterproof anyway,’ he said.

Civil Contingencies Authority chairman Deputy Gavin St Pier took part as a pillion passenger – something he had not done for about 25 years.

It was clear, he said, that the bikers were a community within a community. He thanked everyone and said frontline workers could not have done it without those it the back rooms ordering PPE to keep them safe and those processing waste at 4am which they knew could well have been contaminated.

‘Prior to this, I think people were living in their own bubbles but they realise now that we are all interconnected.

‘Thank you to everyone for following the rules which we know were so restrictive.’

Health & Social Care president Deputy Heidi Soulsby said the ride had been a fantastic turnout and was another great example of Guernsey Together.