A YOUNG swimmer was rescued at Vazon yesterday evening after getting into difficulties in rough conditions. 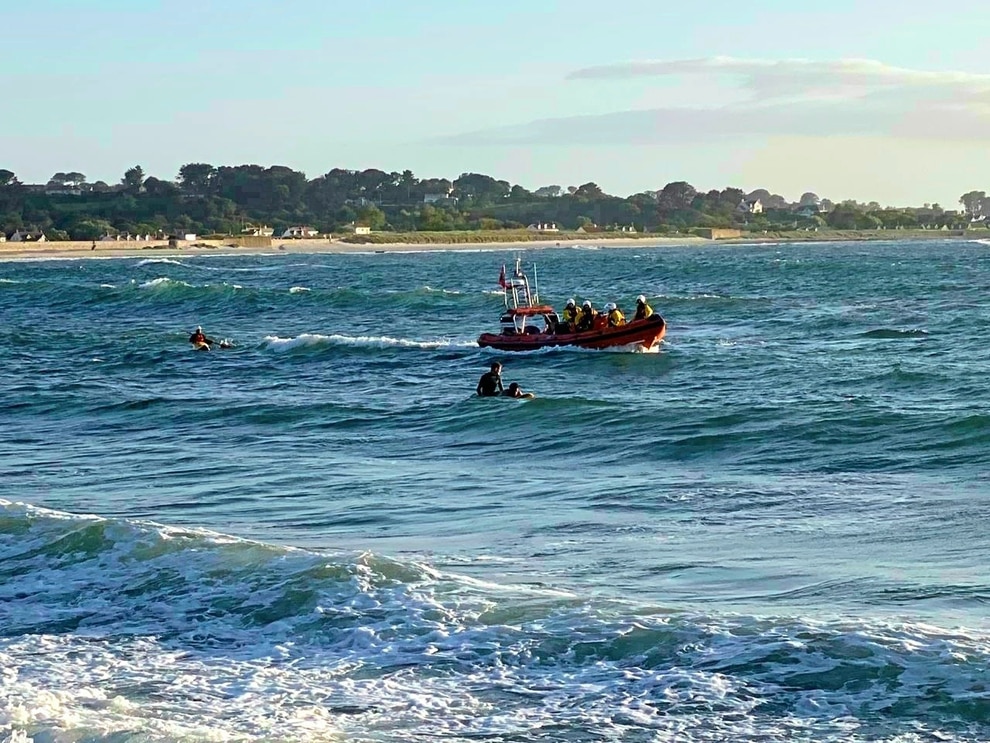 Guernsey Surf School manager Nick Hill paddled out on a rescue board to pull the young swimmer to safety at Vazon yesterday evening after he got into difficulty in rough conditions. St John Emergency Ambulance Service, Guernsey Police, Guernsey Coastguard and the RNLI were also involved in the incident. (Picture by Harry Gabriel) 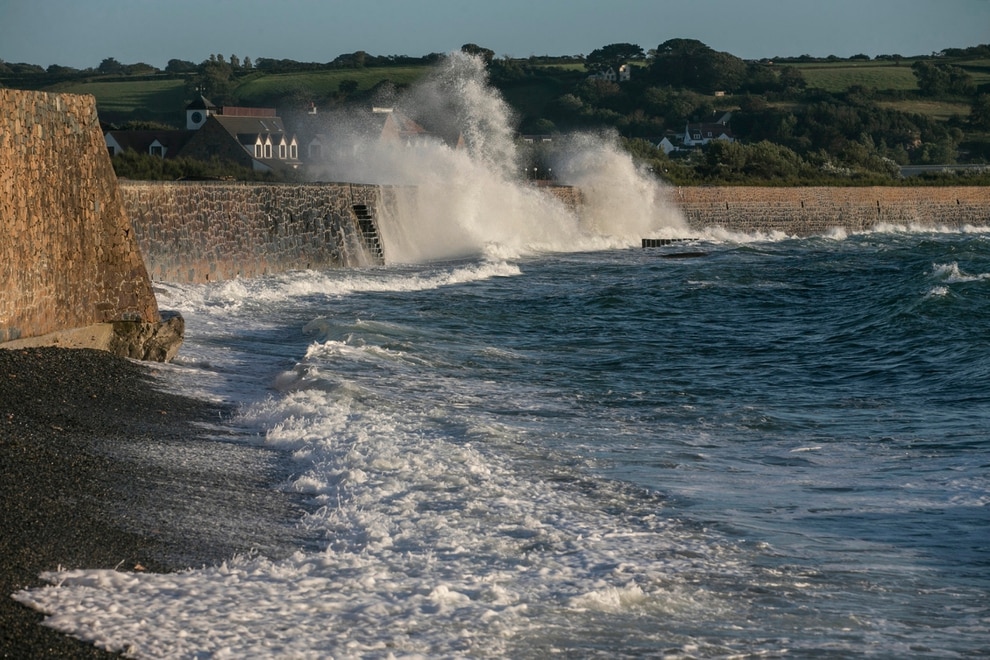 Pic by Adrian Miller 06-07-20 Vazon Bay Castel. Emergency services were called to help two people in trouble in the water during high tide. (28441370) 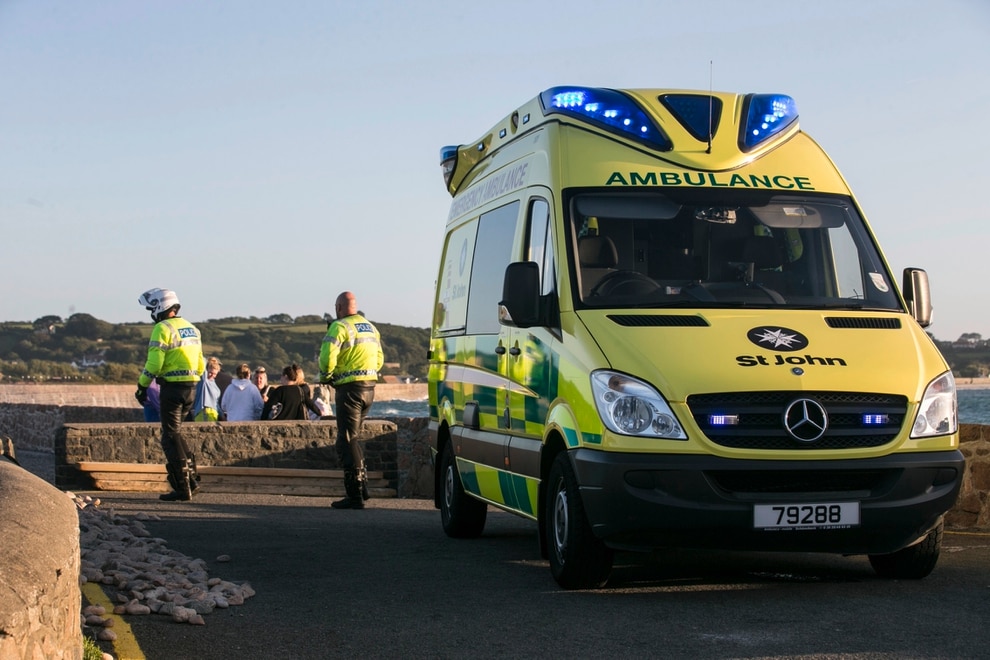 Pic by Adrian Miller 06-07-20 Vazon Bay Castel. Emergency services were called to help two people in trouble in the water during high tide. (28441368)

Guernsey Surf School manager Nick Hill paddled out on a board to pull the swimmer to safety after he apparently ran into trouble in a rip tide near the groynes.

He was about 200m out, there was a large swell and the high tide was causing the water to bounce back off the sea wall.

Mr Hill, who is in his ninth season with the school, was called by the Joint Emergency Services Control Centre as the incident unfolded to see if there was any equipment that could be of use. He drove down and, within about 15 minutes of that call, had taken to the water on a rescue board. The swimmer, who did not have a wetsuit, was with a friend who was on a surf board trying to help him.

Another kayaker also offered to help, and was on the water watching on as Mr Hill came back with the swimmer.

‘The guy I was looking after was cold and tired, nauseous, some abrasions and dizzy,’ said Mr Hill.

Mr Hill said that each summer the surf school would be involved in a couple of rescues, but this was more serious than normal.

The lifeboat left St Peter Port at about 8pm, returning at 8.30pm.

A paramedic ambulance was dispatched by JESCC at about 7.40pm following reports of two people in the water needing help near the slipway by Vistas Beach Cafe.

Both casualties were examined by the ambulance crew and one of the pair was then transferred to the Emergency Department of the PEH for further treatment.

At the same time ambulance crews were also responding to a medical emergency in St Martin’s. This was one of 15 calls for the ambulance service between 8am and 8pm.