AGE CONCERN members were jubilant yesterday after having their first meeting in more than three months. 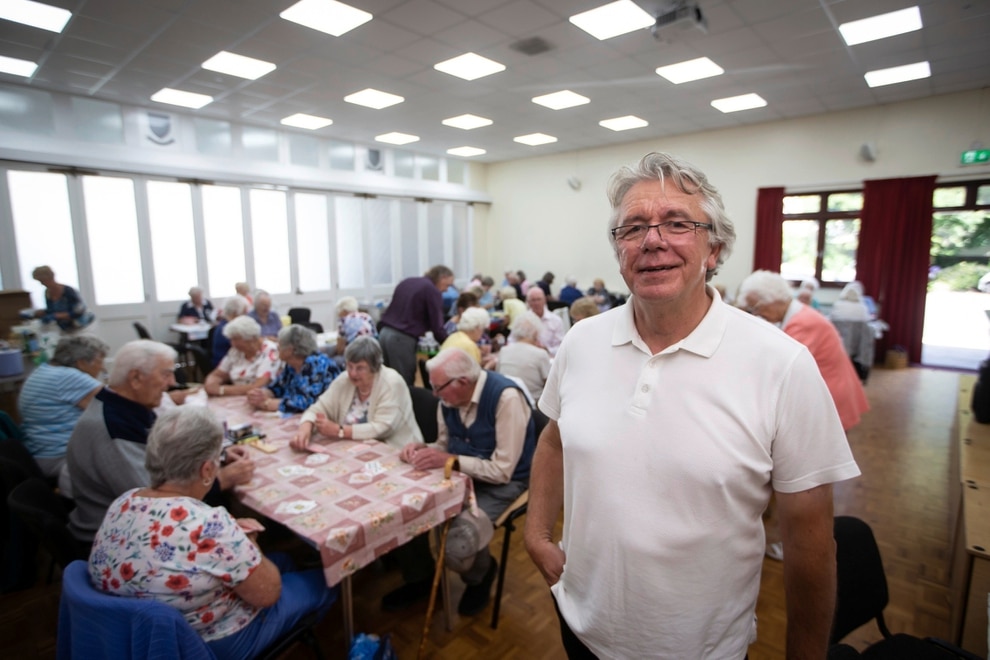 Cards, bingo and a cuppa were the order of the day for, left to right, Daphne Zabiela, Joan Dunn and Dianne Devaney, when Age Concern held its first meeting since March. (Pictures by Peter Frankland, 28444832)

There are four groups in Guernsey, which provide social meetings for those 65 and older.

But with its members in the high risk category in the pandemic due to their age, meetings have been cancelled since mid-March.

But yesterday nearly 60 people gathered for the Vale meeting.

Centre manager Rosie Henderson was in charge of making sure everyone was safe, but she said the members did not seem worried.

‘They have really missed it,’ she said.

‘Several people gave me a cuddle. Most of them have been concerned, but they really want to be here.’

Extra precautions were taken, with a register at the start, and the helpers wore disposable gloves. There was hand sanitiser available and disposable cups were used.

The latter was due to there being only a very small washing-up area, and it was not safe to have more than one person in there at a time.

Fortunately, the group was able to use their busy collection buses at full capacity, as they could keep a register who was on board, so they could track and trace if necessary.

As most Age Concern members are in their 70s and 80s, it was decided by the charity not to restart meetings until well into phase five.

‘They seem quite comfortable,’ he said. ‘They have big smiles on their faces.’

He said each centre was facing different challenges, but the managers were addressing these.

Among the crowd at the Vale meeting yesterday were friends Daphne Zabiela, Dianne Devaney and Joan Dunn, who enjoyed an afternoon of bingo, cards and cake.

‘It’s absolutely marvellous to be back,’ said Mrs Zabiela, 86.

‘We have missed it terribly. We’ve all done as we were told and stayed in [over the last few months]. If we didn’t have the television I don’t know what we would have done, but this meeting is better.’

Mrs Zabiela lives with her daughter Janet Taylor, who helped her with shopping and also provided vital company. But many Age Concern members live alone, like Mrs Devaney, 79.

While they managed to keep in touch with each other by phone, nothing could replace the meetings.

‘It is wonderful to be back,’ Mrs Devaney said. ‘You miss these things. But lockdown did make you realise how nice people were and you could see people helping each other.’

The other groups at St Martin’s, St Stephen’s and Styx are also restarting.