LOCAL hospitality professionals have been continuing to inspire students and raise the profile of the industry despite the difficulties presented by lockdown. 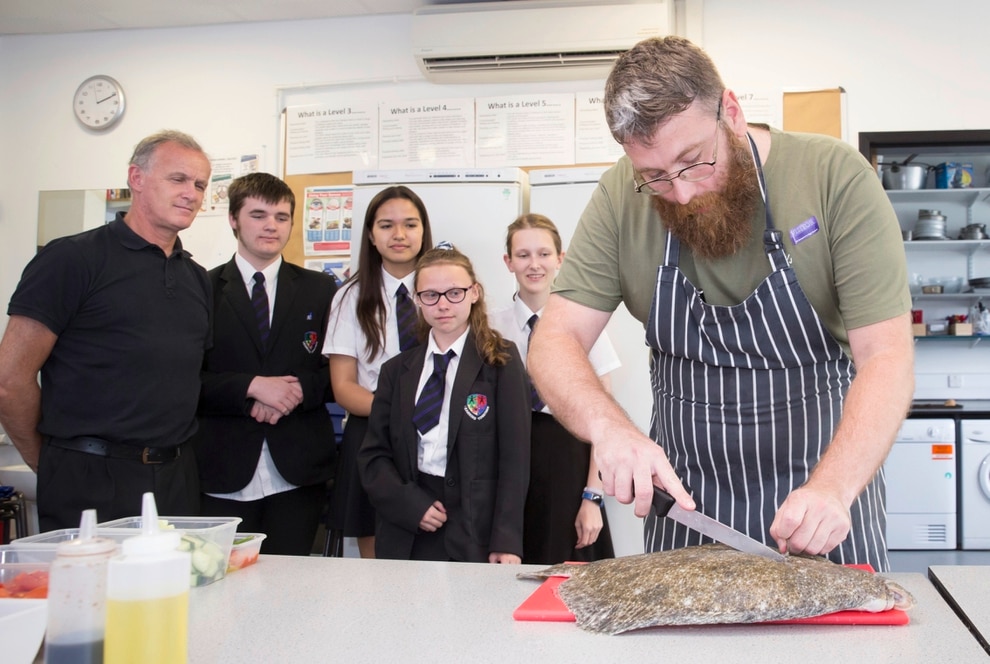 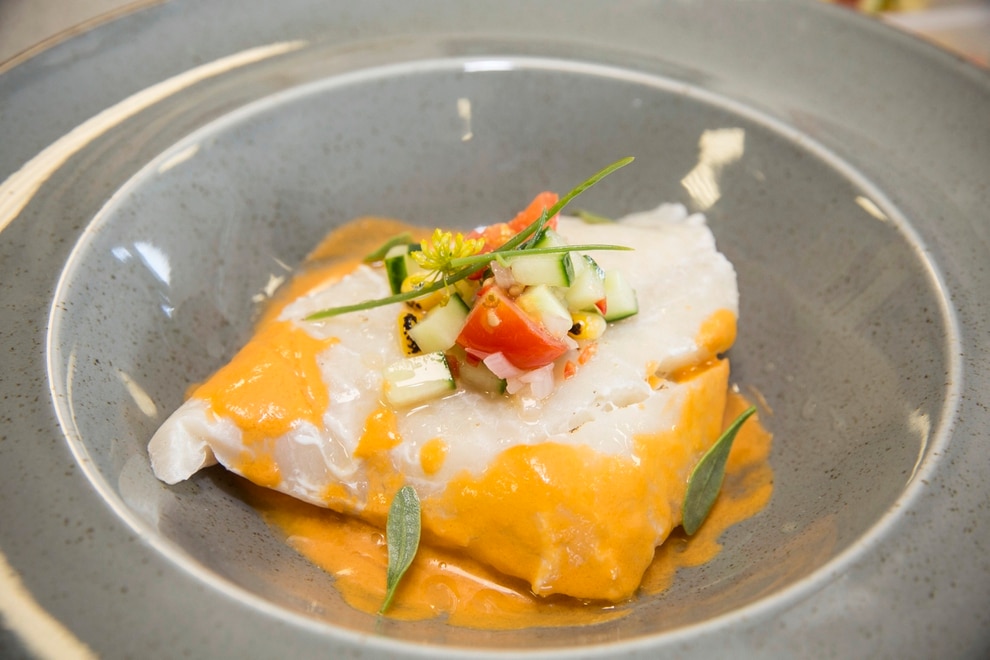 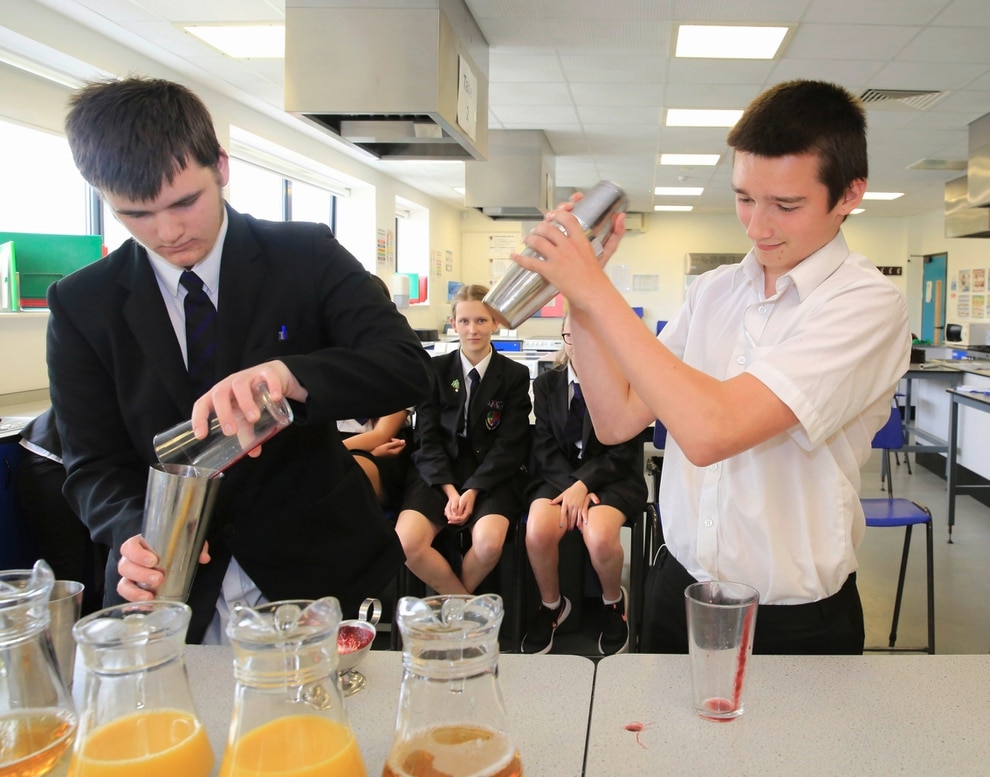 Although The Duke of Richmond hotel remains closed, the hotel’s food and beverage manager Orlando Abreu and its executive chef Kevin Semple, who also works at the Old Government House Hotel, visited St Sampson’s school on Thursday to promote a career in the hospitality industry.

One inspired student, Joelle Lowe, said she had her heart set on another profession until she turned her hand to cooking.

‘I was planning to go into accounting but after getting involved in cooking I really enjoy it and would now like to go into the hospitality industry,’ she said.

‘Having the professionals here is a good opportunity for us all to learn, they have so much experience that we can take advantage of.’

During the session, students got a chance to make mocktails with fresh local produce with Mr Abreu, before watching Mr Semple fillet freshly caught turbot to create poached turbot with charred corn, tomatoes and cucumber salsa alongside tomato gazpacho.

Mouths watered and senses were heightened as island-foraged herbs, such as sea kale and fennel, were passed around the room to be smelt and tasted.

Both Mr Abreu and Mr Semple answered questions and offered advice to the students’ queries and although many turned their nose up at the smelly fish, once it had been cooked several of the students, including Ollie Ferbrache and Chance Bostram de la Mare, declared it delicious.

Mr Semple said it had been great to do a follow-up to many of the sessions last year during the Rotary Chef contest, in which student Joelle reached the semi-final after coming second in the quarter-final before lockdown occurred.

‘It’s good to show that even though working in the hospitality industry is hard, it is fun too and it has many benefits,’ he said.

‘There’s lots of talent in the island and we want to promote this job to them.

‘Hopefully soon we’ll be able to go to more schools and promote the industry there too.’

The school’s food technician Tracy Park said having been to the Duke of Richmond with the students as part of a tour and activity day, it had been good to continue the relationship with the hotel.

‘The students have been through so much recently, we all have, and being able to still put this on is a real treat,’ she said.

‘Going to the Duke of Richmond was the best, it was a really fantastic day, we need to keep the hospitality industry going in the island.

‘It’s not just about promoting jobs for chefs, but other roles too, like concierge and beverages – we need them now more than ever and due to the effects of the coronavirus events like this have become more important than ever.’