LEGISLATE and educate without delay was the message as islanders gathered on the steps of the Royal Court yesterday to urge deputies to support the proposed anti-discrimination law. 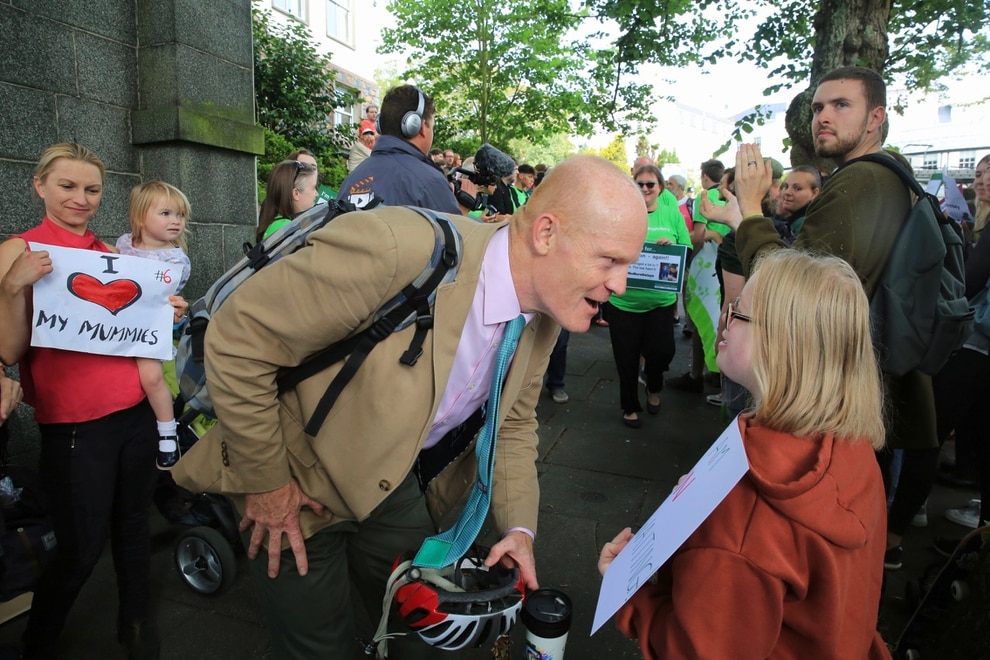 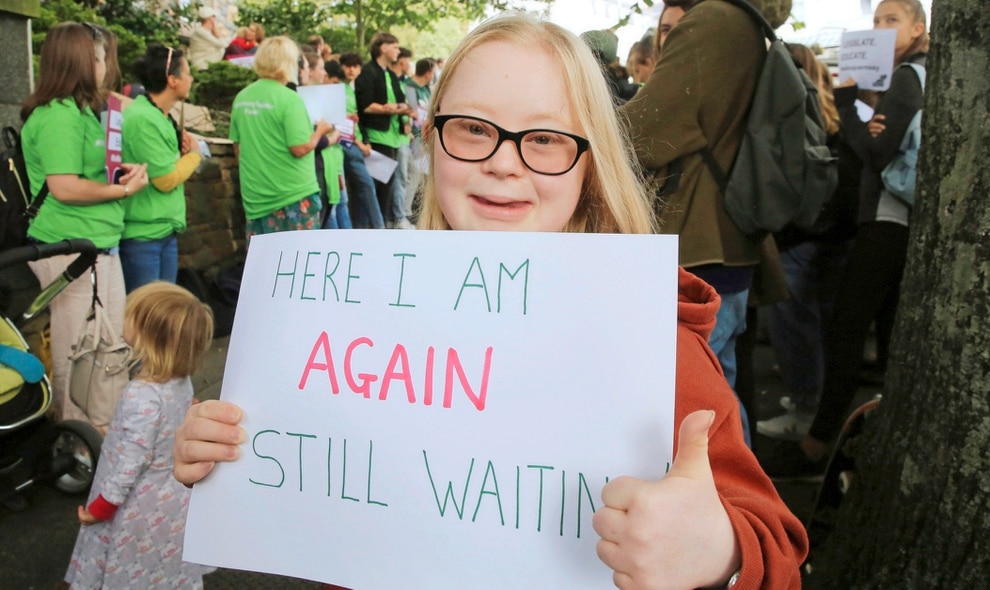 Teah Marquis, 19, was on the steps of the court in 2013 in support of an anti-discrimination law holding a poster which read ‘I am here for my future’. Seven years later, she was back with this one. (Picture by Adrian Miller, 28471437)

Groups including Guerns Against Discrimination, the Ron Short Centre, the Guernsey Disability Alliance and Grow – and Guernsey Drug Strategy Campaign – were among those there. They want the States to approve proposals by Employment & Social Security.

With nine amendments laid, the main message at the protest was to approve the proposals without dilution and without further delay.

‘Today is a really big day, but it’s disappointing that we even have to be here again,’ ESS president Michelle Le Clerc said.

‘Crowds turned up before to the same debates in 2013 and 2015 but nothing has changed, the States should have got this in by now.’

She said a combination of lack of funding and resources were partially to blame for the previous delays, along with a feeling of denial by the Assembly that discrimination actually exists in our community.

‘These proposals are just the start of this journey to equality, there’s still a long way to go but I am optimistic that today will be a significant step forwards.’

Seven years ago, Trudi and Simon Kent were on the steps of the Royal Court protesting for equality rights for their two-year-old son Louis, who has Down syndrome.

Yesterday, they were there again, with their son now at school but with very little else having changed.

‘It’s incredibly frustrating and disappointing that we are still having to campaign for equality and anti-discrimination legislation for some of the island’s most vulnerable people,’ Mr Kent said.

On their protest signs they had photos of Louis from 2013 aged two and now aged nine.

‘I hope that today will be successful and we won’t have to be back here in another seven years with another updated photo,’ Mrs Kent said.

Also on the steps seven years ago was Teah Marquis, now 19, who has Down syndrome.

‘The law is not fair for some people so I wanted to show my support for those who are seen as “different”,’ she said.

In 2013, Miss Marquis held a sign which stated: ‘I am here for my future.’ Yesterday, she held a new sign that read: ‘Here I am again, still waiting.’