'Striking' Covid contract was only offered to Queens Road

TWO primary care practices were not offered the same deal that saw Queens Road paid four times the amount they received in three months during the Covid-19 crisis.

Islandhealth and the Healthcare Group today have gone public to explain more of what was happening behind the scenes as Health & Social Care tried to negotiate long-term deals just as the primary care practices were dealing with the worst of the pandemic.

‘Both of these contained long-term implications for primary care in Guernsey and IslandHealth and the Healthcare Group felt such long-term matters should not be tied in to a three month contract put in place to tackle Covid.

‘At this stage both practices felt that payment for work done for the Covid cause was appropriate. They continued negotiation on the other ‘Call Off Contract’ but met similar contractual constraints. After much discussion and having been told that the contract was ‘not legally robust’, simple payment for work done was agreed with the States of Guernsey. The sums ultimately paid to Queen’s Road Medical Practice were seen for the first time by both practices when they appeared in the HSC press release.’

‘The smaller sums received by IslandHealth and Healthcare Group have had an impact on the practices. The partners of the practices (as business owners) took on the financial burden in order to keep staff paid and surgeries functioning. It was made clear that any request to the States of Guernsey payroll co-payment scheme would not be granted as Primary Care Practices were deemed an ineligible sector of the economy. The practices also took on the significant financial risk, as, at the start of the pandemic, no-one knew how long it would last. HSC payments made to the Healthcare Group and IslandHealth were, naturally, not received until after the work had been carried out, itemised on invoices and presented to HSC. This delay compounded the financial pressures upon the practices.’

All three set up a Covid clinic at the Longfrie from 16 March, although HSC made clear any payment will only be from 1 April.

‘Much of the time clinical work focused on GP’s clinical assistance to residents of nursing and residential homes. This was an example – referred to by HSC as “exemplary” – of all three practices working well together as each island home was allocated to just one practice, to minimise additional footfall within the homes. This also helped reduce the chance of any inadvertent Covid transmission between homes. This was a clinically very effective (but labour intensive) way of managing these homes. The record of Covid infection in care homes in Guernsey compares exceptionally well with most other locations. Regrettably two homes did see Covid cases and IslandHealth and Healthcare doctors stepped up to deal with these exceptionally challenging environments, and as a result, doubtlessly saved lives.’ 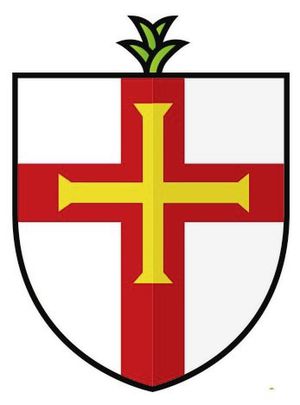 News diary for the next four weeks

Murdered teacher Sabina Nessa thought to have been attacked in park, police say

Taliban ask UN to recognise them as new rulers of Afghanistan