RAINBOWS, a turtle and a turreted castle were among the creations made on the beach at Vazon yesterday, for the Guernsey Arts Commission’s Art on the Beach event. 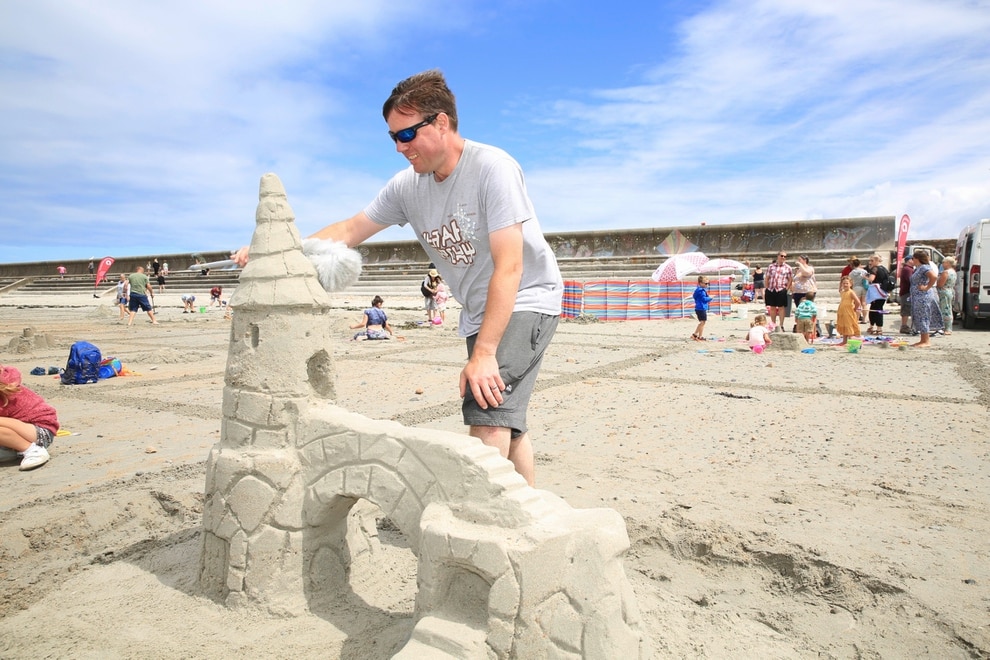 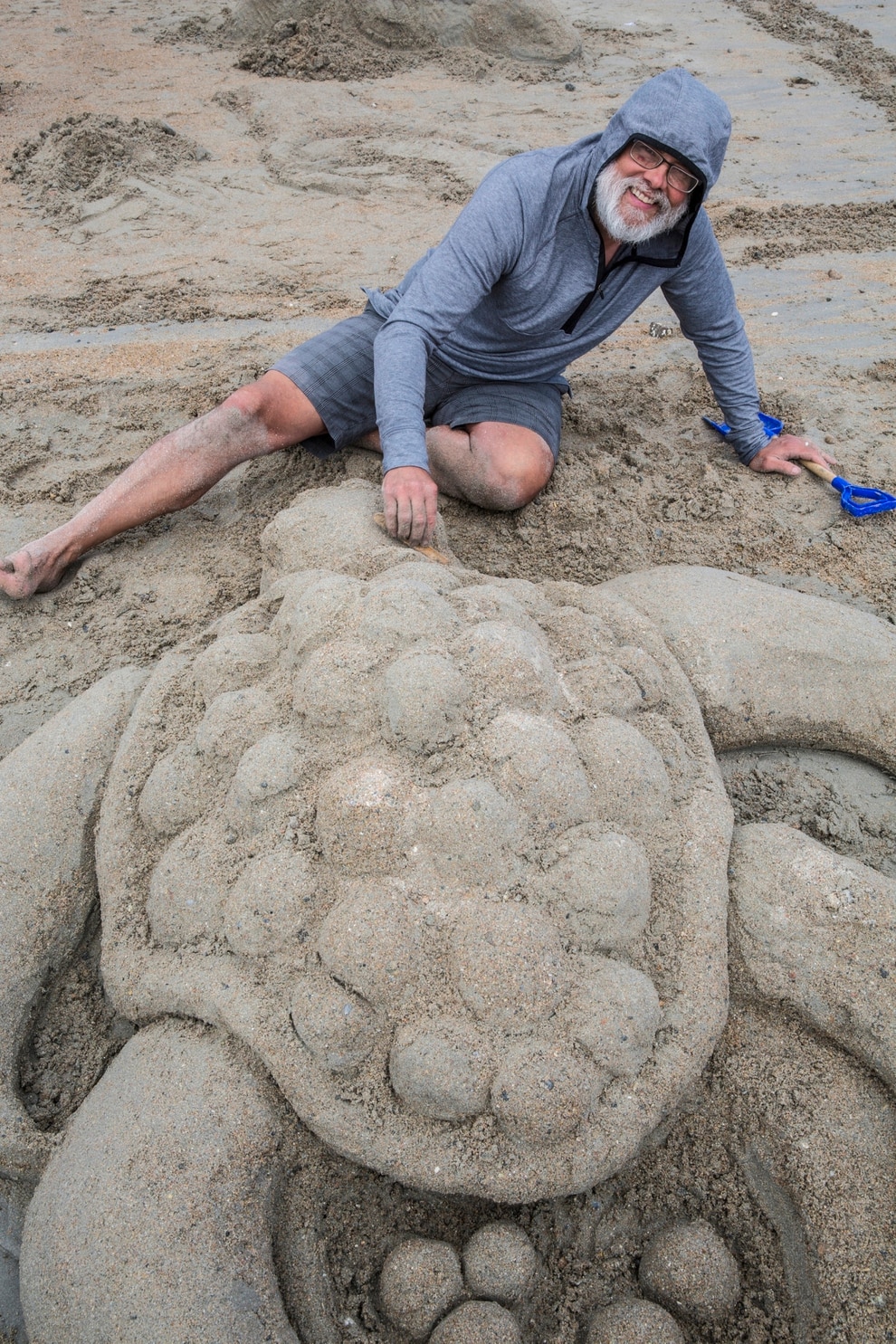 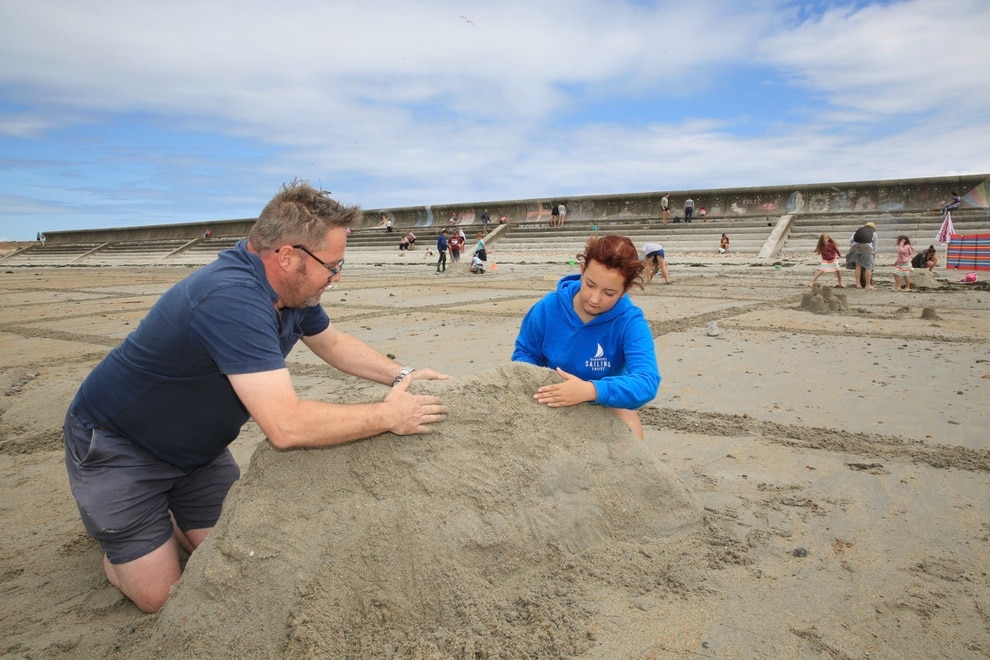 With the theme of Guernsey Together, islanders were tasked with creating their own sand sculptures. Some dark clouds and a stiff westerly breeze were not enough to deter the amateur builders.

‘Some people have been loving it and there’s a couple who have come really prepared,’ she said.

‘Others are just popping along and getting involved. The weather has been up and down, but people are still coming.’

Beach artist Jayne Packham was on hand making some geometric designs and members of the public were using chalk on the concrete seawall.

Parts of the beach was divided up into squares to allow people to make their own creations, which were meant to be themed around Guernsey Together.

One of the beach artists was Gavin Thornton. A few years ago his partner began sea swimming. As he was less keen on getting in the water he took up sandcastle making. The interest has grown and he came with a collection of tools, including a bottomless bucket, an icing knife and feather duster, which were used as a form, cutting implement and smoothing device respectively.

He said he was quite pleased with his creation, but found the amount of larger grit in the sand made it harder to get a smooth finish.

Also taking part was Gary McCracken, who was making a rainbow.

‘We came last year and had lots of fun,’ he said.

‘I think this is important for Guernsey. Art is great for everybody.’

Prizes for most realistic and most creative designs were given out, as well as an overall winner. There were also wooden medals for participants.

Ms Kershaw said the important thing about the day was that people were making art, without having an impact on the environment.