POLICE chief Ruari Hardy has apologised and removed the force’s recruitment drive video just a day after defending it. 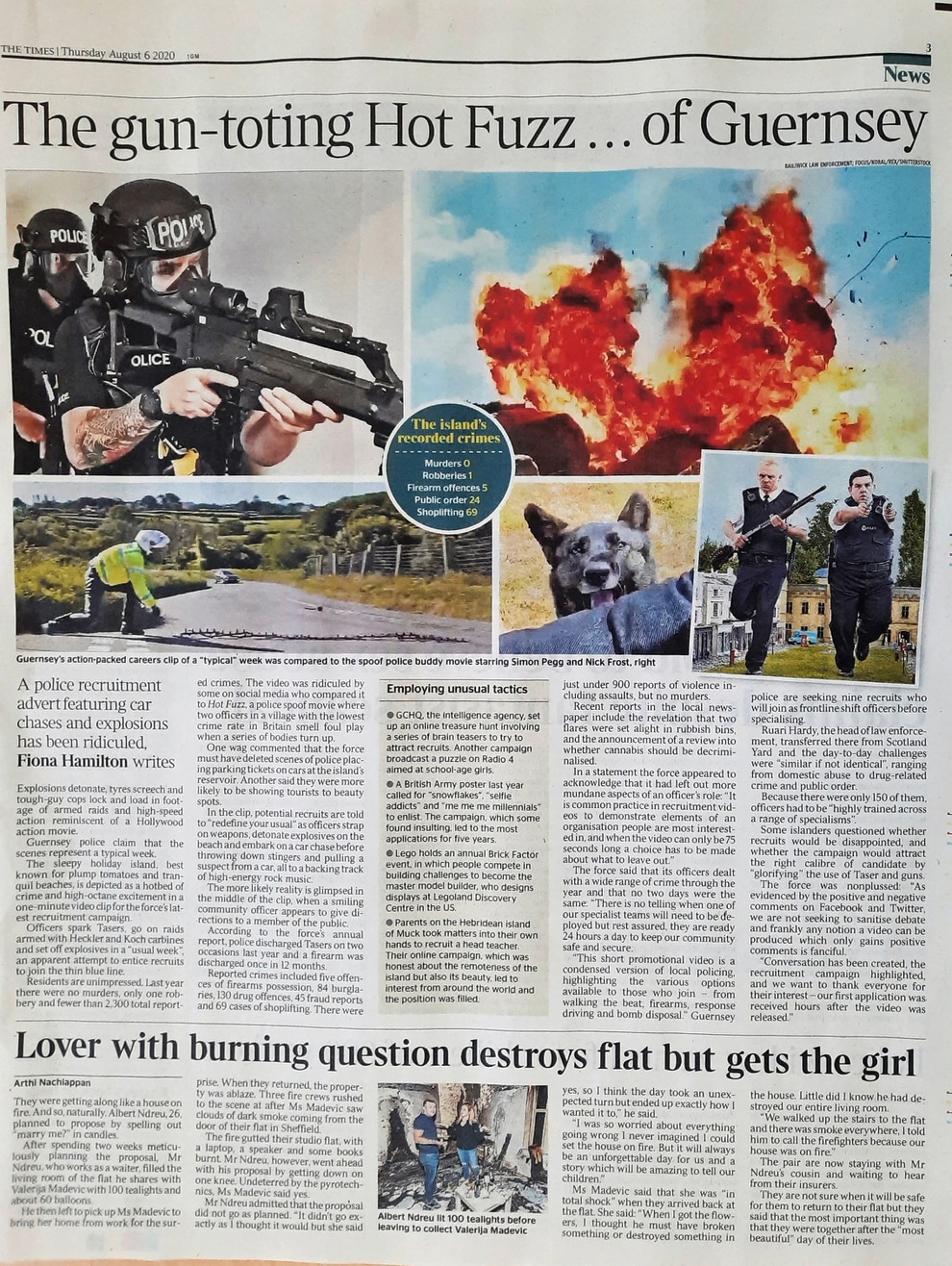 The Times compared the video to the action comedy film Hot Fuzz, starring Simon Pegg and Nick Frost, and illustrated the story, which filled most of Page 3, with stills from the Guernsey Police video and a graphic showing the island’s crime figures. 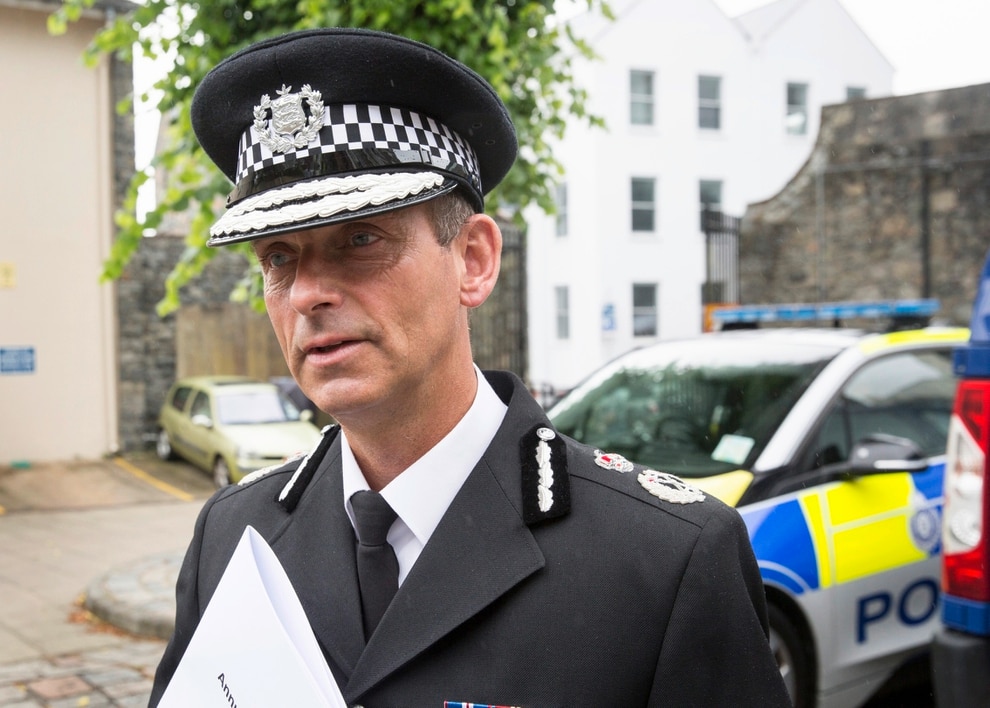 Police chief Ruari Hardy apologised for the video and ordered it be withdrawn from circulation. ( Picture by Adrian Miller, 28416752)

Ridicule over the promotional film, which cost £5,000 to make and has been likened to the comedy film Hot Fuzz, led to a fierce public backlash and left the force scrambling for cover.

The island’s chief minister called it a ‘mistake’.

The footage of the action-packed life of an island police officer was taken down after only two days, with Mr Hardy accepting full responsibility.

‘We, the police, are part of the community and it is very important that we recruit the staff that we need to meet the broad demands of modern-day policing,’ he said.

‘Innovative recruitment approaches assist us with this endeavour.

‘This approach ... aimed to provide an interest-grabbing insight to less publicised areas of policing.’

However, he said he understood it was ‘dramatic’ and felt its removal was necessary following the community’s response.

‘I can fully understand the representations made from people within our community and also in a broader context,’ he said.

The Times and Daily Mail both covered the story.

‘Rather than allow the negativity concerning this video to continue and detract from our recruitment campaign, I have decided to remove the video from circulation so that focus can continue on our recruitment aims – we want to hear from people who want to redefine their usual and make a difference within the community.’

The backlash also led to various States departments getting involved.

Policy & Resources president Deputy Gavin St Pier said he was aware of the public reaction – one of disbelief and anger – and the national media’s interest.

He said the police had gone in a very different direction to the ‘sleepy holiday island’ image Guernsey was known for, and for that reason he had to say something.

‘Personally, I do share some of the concerns expressed,’ he said.

‘Our police force has always been one whose focus has been supporting the community with care and compassion, something they have done incredibly well, particularly this year as we’ve faced the Covid pandemic, and my view is that whilst this video reflects some aspects of policing, it does not properly reflect the full range of police activities in a balanced way.

‘I appreciate that it was likely meant to be nothing more than a showcase of some of the more specialist parts of police work, but I think the delivery did not match that aim.’

He added that he hoped the island’s image had not been damaged.

‘In my personal opinion, it was a mistake and these do happen from time to time,’ he said.

‘But the important thing is to learn from them. In this case, the lesson is that we need to have appropriate quality assurance so we have consistency in our messaging across the public service.

‘Certainly I hope it does not impact the very positive image Guernsey has acquired this year for its handling of the Covid pandemic or our longer term reputation as a beacon of stability, safety and community.’

Home Affairs president Deputy Mary Lowe, who had described the video as ‘excellent’ and one which ‘demonstrates just a fraction of the opportunities within the force giving a varied and exciting career’ when it was released only two days ago added: ‘Like many I’ve taken some time to reflect and I recognise that, whilst well-intended, the video clearly missed the mark, and therefore I welcome the chief of police’s decision to remove the video.

‘While the video may aim to reflect the broad range of skills and specialisms in the force and the professionalism of our officers – something I myself made reference to in my initial reaction to the film – it didn’t fully reflect the broader role of our police as part of our Bailiwick community.’ 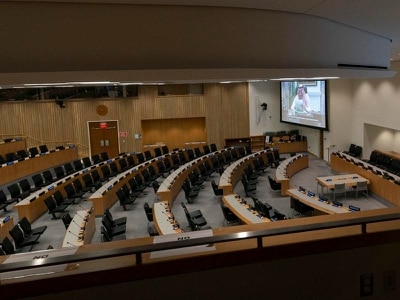