RENOVATIONS and repairs are now under way on a Guernsey-owned station clock in Lancaster after it was taken down at the weekend. 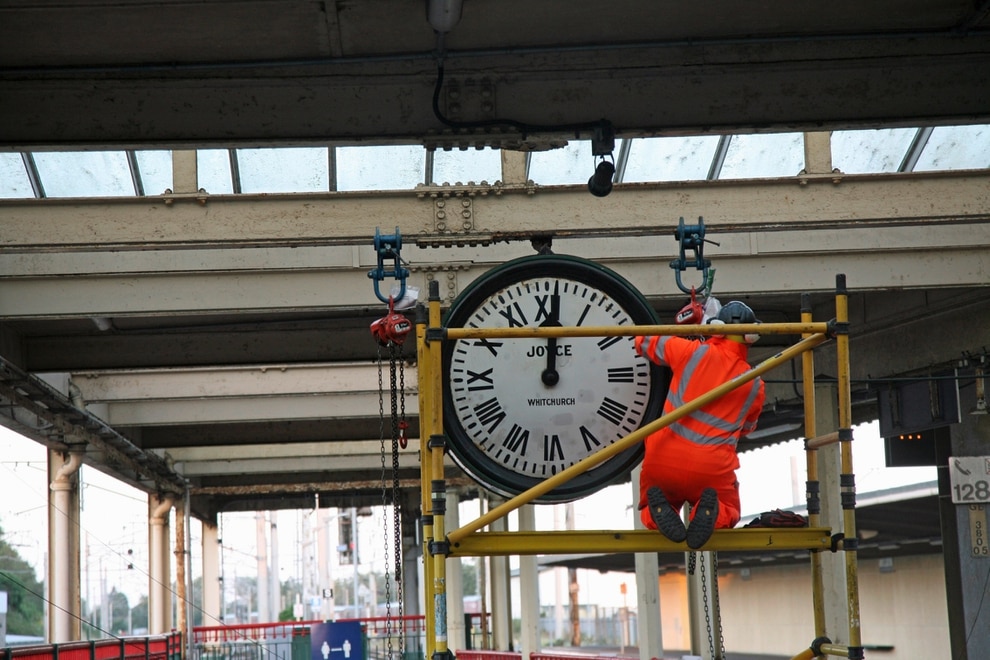 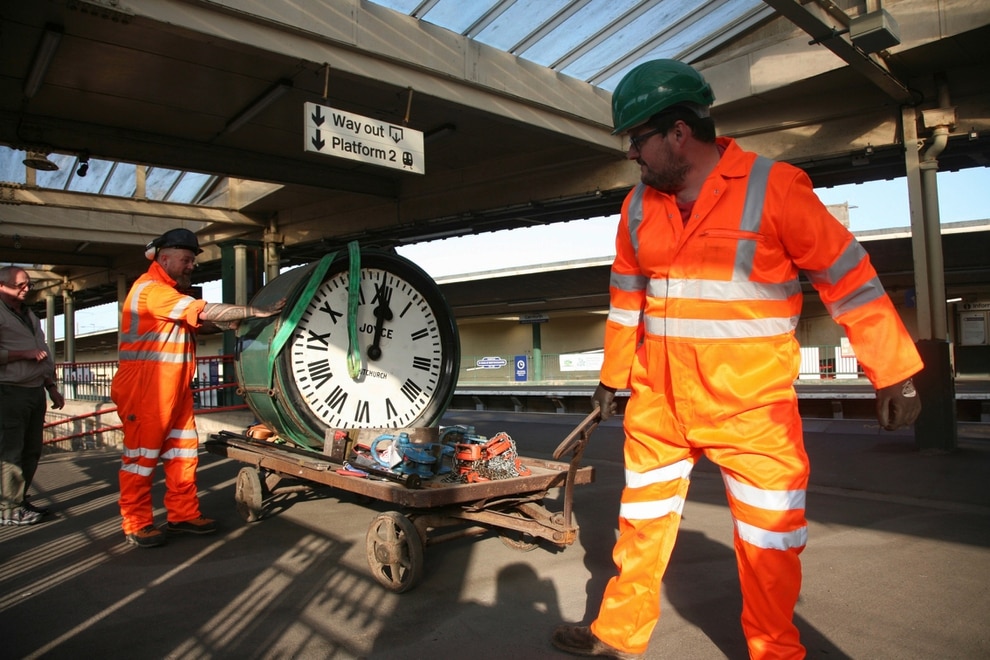 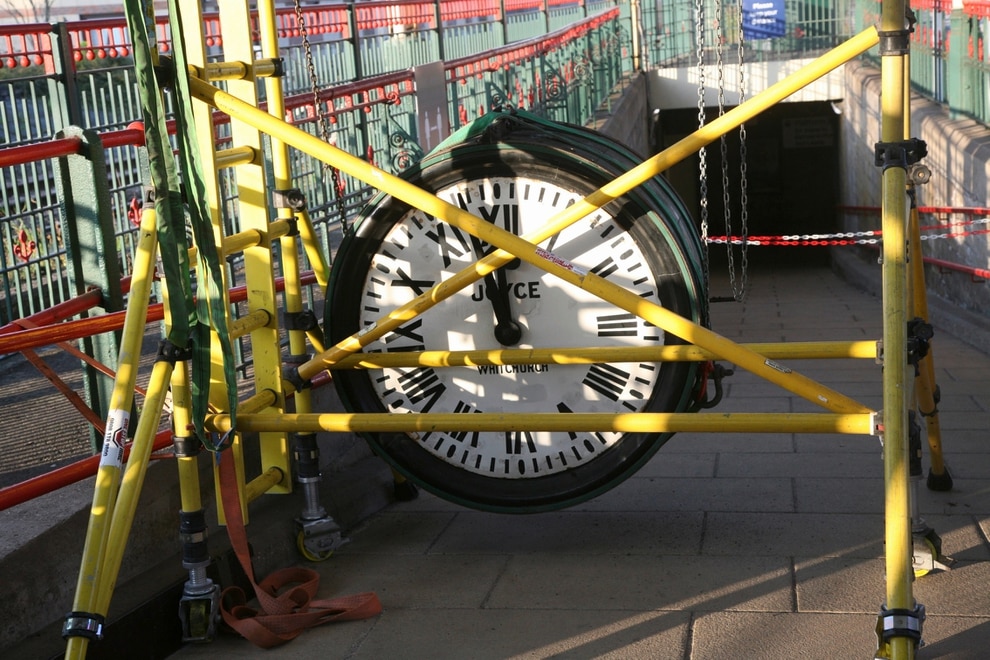 Despite much care and maintenance, the once proud clock, which was made famous by featuring in the classic film Brief Encounter and is usually found hung high above the platform at Carnforth Station, had succumbed to the elements.

Now, thanks to its Guernsey family owners, who took it down temporarily for volunteers to carry out the work, it will soon be put back like new.

Michael Smith, who is one of the owners, said: ‘Sadly my father died in November last year, and purely by coincidence on that same day, the clock was stopped to preserve its deteriorating mechanism.

‘He would have been very proud to see the volunteers putting in so much effort to restore its workings.

‘Our thanks go out to Network Rail and Northern Rail, without whose help and support these actions would not have been possible.’

The clock, manufactured by Joyce of Whitchurch, first graced the station in 1895. It is a hand-wound clock and is one of the last examples of its kind – it remains a much-loved symbol of the town and the station, appealing equally to railway enthusiasts, film buffs and those with just a romantic streak.

It featured prominently in the famous 1945 David Lean film, Brief Encounter – the outdoor station scenes of which were filmed at Carnforth.

The clock’s original face and mechanism were lost in the 1970s, but were tracked down 20 years ago after much detective work and a few strokes of luck.

Its full renovation will be undertaken by members of the original team of volunteers who restored it back to its original condition in 2002, while new fixings will be manufactured locally.