IN A CRISIS true leaders are said to stand out, and residents at Les Ormes Residential Home have created an outstanding model of their favourite island leader. 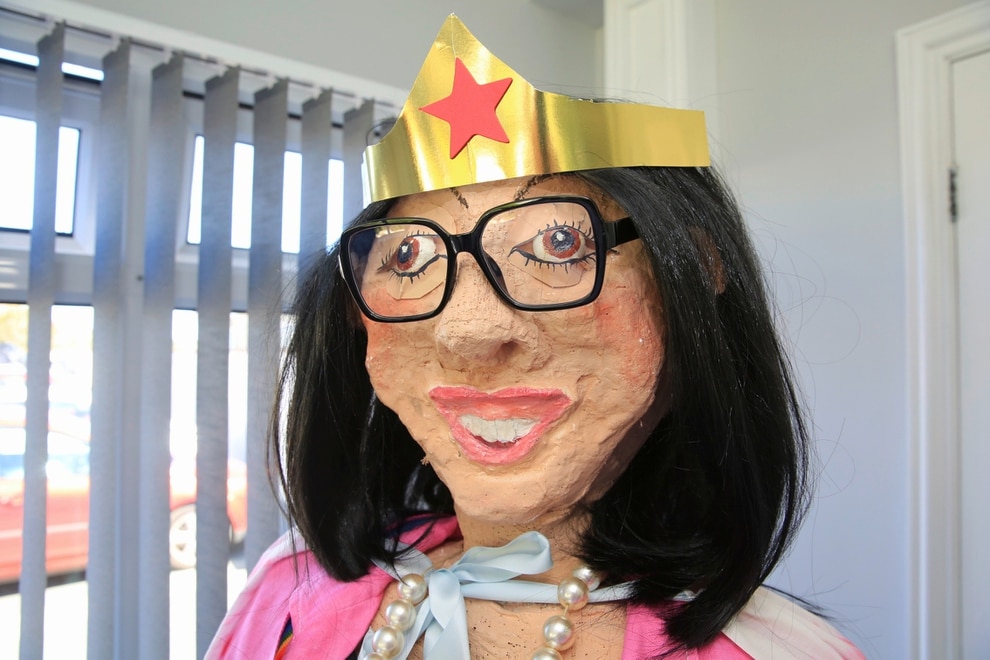 Les Ormes Residential Care Home residents and staff created a sculpture of Dr Nicola Brink to say thank you for all her hard work. (Picture by Adrian Miller, 28544746) 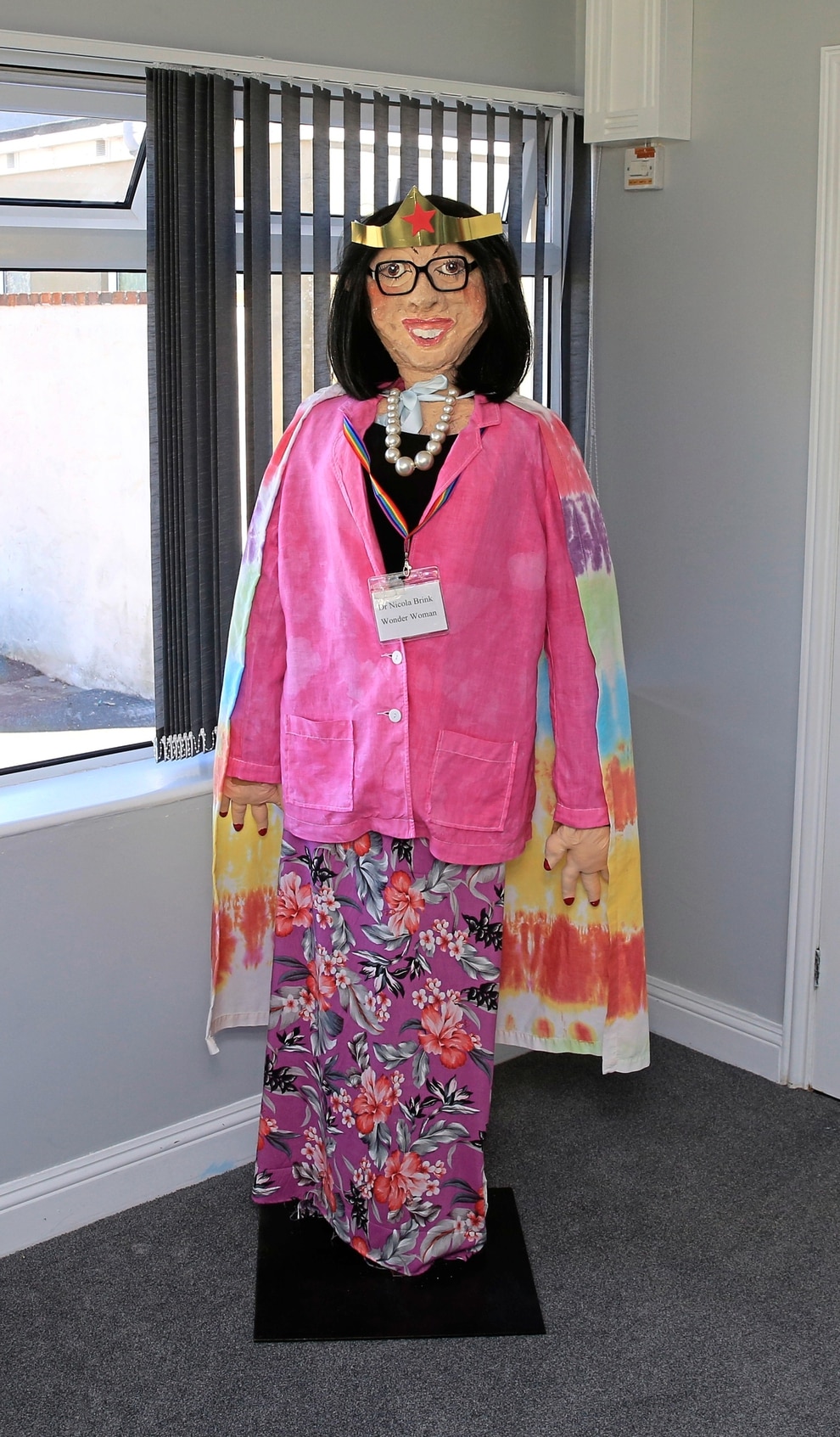 Les Ormes Residential Care Home residents and staff have created a sculpture of Dr Nicola Brink to say thank you for all her hard work. (Picture by Adrian Miller, 28544760) With their entry to the Torteval Scarecrow Festival, the group of pensioners paid tribute to the calm, clear and compassionate approach of Dr Nicola Brink, the director of Public Health.

From the statement jewellery to the carefully painted nails, bright blazer, and rainbow lanyard, the attention to detail was impressive and earned the residents joint second place in the contest.

Judy Porter, the activities co-ordinator at Les Ormes, described the team effort and process of making the Dr Brink scarecrow.

‘We had a planning meeting first complete with whiteboard and marker pens, Douglas has an engineering background and he drew out the safest structure. We were going to have her flying at first because she’s Wonder Woman, but we decided under Douglas’s guidance that we needed something that was going to stand on the ground,’ she said.

‘The following week we started to make her and the first bit was stuffing the arms and legs. We were all round a table and everyone took part, I handed Betty a bag of beads and she made a necklace worthy of being sold in Creaseys because it’s fantastic.

‘When we did the hands Sadie pointed out that the nails had to be painted, so she painted the fingernails, and it all turned out really well and it was good fun.’

Douglas Francis, 88, was responsible for making sure the scarecrow did not topple over in the wind.

He said the group chose Dr Brink as their subject because they were impressed by her respect for science, transparent messaging, and unflashy decency.

‘As a virologist she talks with authority and she doesn’t seem to over-stress things, which I find very good, and I’m always very happy to listen to her and take advice from her.’

‘I think she’s a brilliant lady with a brilliant mind and she did a brilliant job. I’d never heard of her before all of this came about, but the way she put everything across was excellent. She was our saviour in my eyes, she was the saviour of the island.

‘It was scary, especially when we heard about the virus getting into other care homes, but we were very lucky here with no cases.

‘The politicians listened to her and took notice and I think she should be recognised in the Queen’s honours list.’