CRYPTOGRAMS and enigmas were part of the activities yesterday at the Guille-Alles Library as children attempted to crack codes using ciphers from years past. 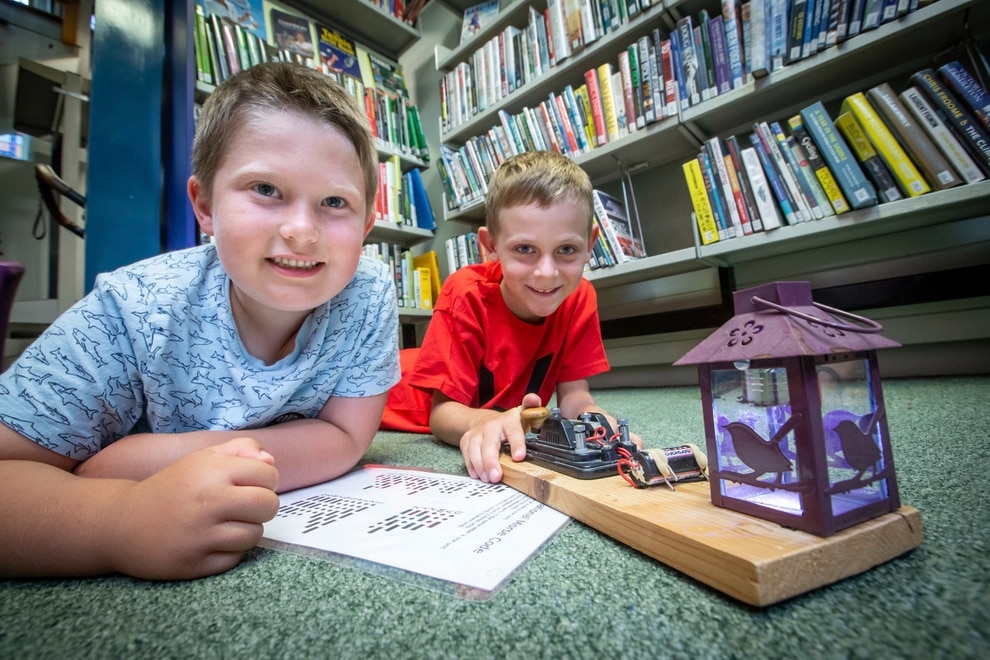 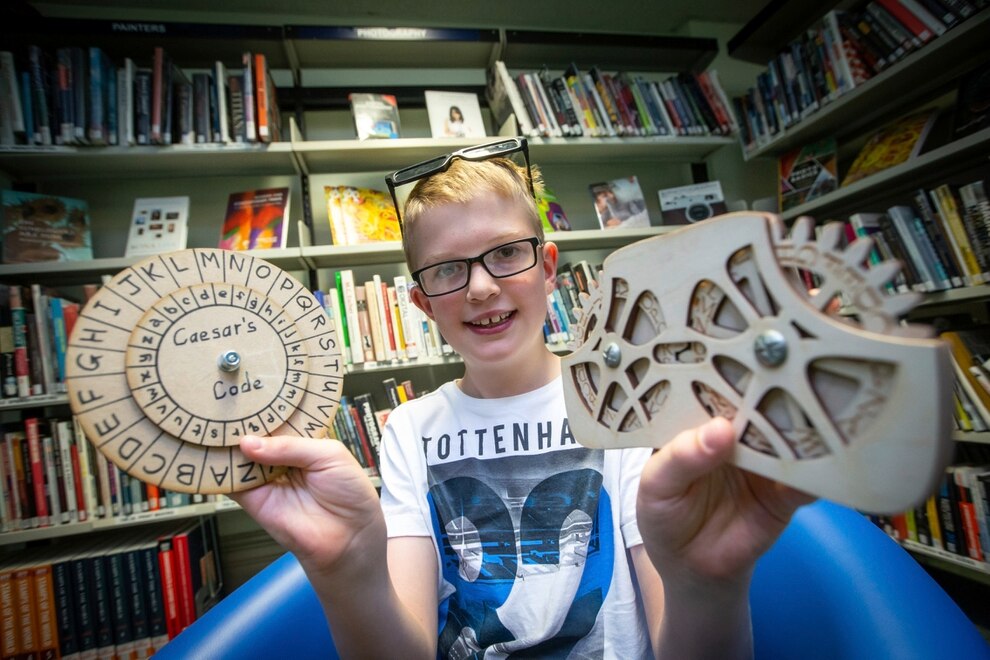 Thomas Green, 9. enjoyed the challenge of using the various ciphers and codes. (Pictures by Peter Frankland, 28574124)

Guernsey Museums brought several examples of coding for children to try out and test and many of them were excited to get started with faces full of focus and concentration.

One such face was that of nine-year-old Thomas Green, who was trying out pigpen cipher, a geometric substitution cipher, which exchanges letters for symbols which are fragments of a grid, known to be the most popular secret written alphabet in history.

‘It’s fun and because I started this from scratch and worked out what the words used were it’s quite exciting,’ he said.

‘It really interests me. I like learning new things and code-breaking is fun.

‘I’ve also tried out the Morse code and I’ll try out more of the others too.’

Other codes on offer included the semaphore flag signalling system, the Caesar cipher and the Alberti wheel cipher, which brother and sister Alicia, 6, and Jacques Cathcart, 8, were getting stuck into.

‘I really like writing things out and spelling stuff using the code,’ said Alicia.

Jacques added that he had even used it at school as a secret code to talk with his friends.

‘It’s a good way to talk to each other without many knowing how it works,’ he said.

‘Usually we talk about our favourite things to do in the playground or stuff like that.’

Bringing the workshop over from its regular spot at Candie, Guernsey Museums access and learning manager, Jo Dowding, said it was a great way to encourage children to get involved, have fun and learn about the codes from history.

‘We’re happy to be able to have this here at the library and the staff here have been great to enable us to do this,’ she said.

‘Doing this gives us the ability to spread the word that we have it as it’s very popular – people can come and see what it’s all about up at Candie Gardens until December.

‘I remember some of them from when I was a child, my father even used Morse code and I remember the noise of him using it.

‘I hope, just as I did back then, that the kids here enjoy it as much as I did.’