OUTRAGE, disappointment and disgust were the main reactions from NatWest customers following the news that its Bridge and Cobo branches will close in a few months’ time. 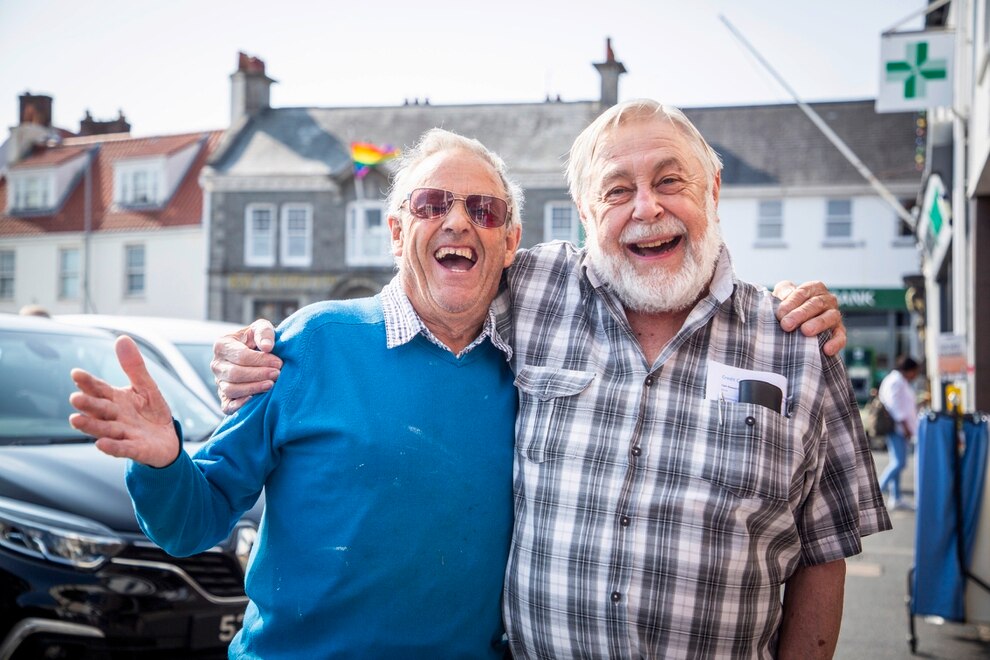 Despite their happy appearance, neither Mick Eborall, left, or John Menhenitt had a good word to say about the NatWest branch closures (Pictures by Sophie Rabey, 28678501) 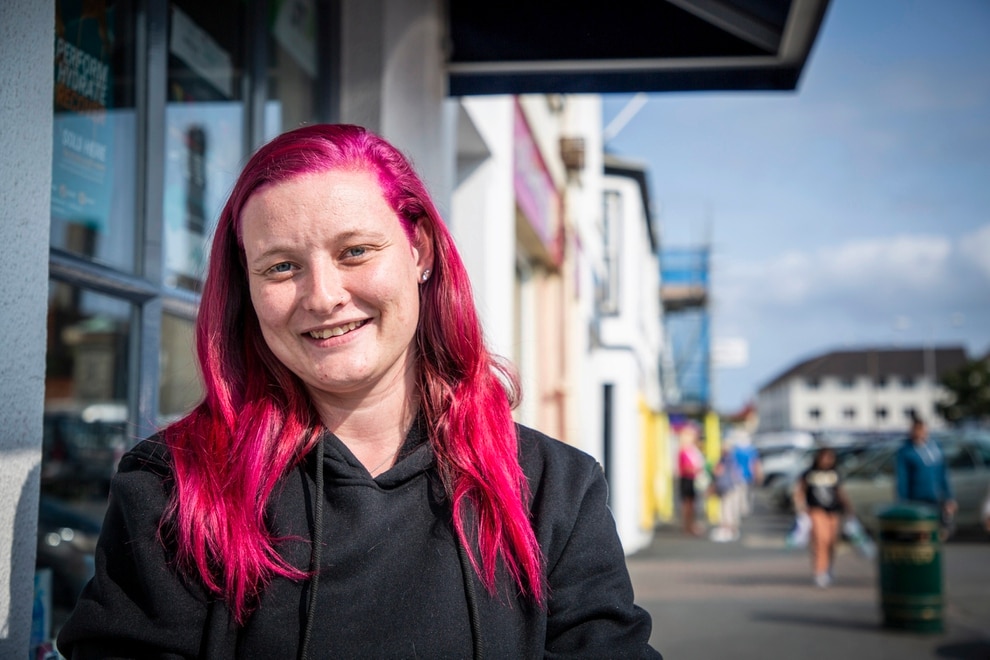 Melissa Dowinton, 26, said she was just getting to grips with online banking and preferred personal contact. (28678503)

The decision was met with dismay by Kerry Ciotti, the chief executive of Citizens Advice Guernsey.

She thought it was a bad decision, especially for the poor, vulnerable and elderly.

‘It’s a real shame and it’s really worrying as well because people assume that everybody has got internet access and they don’t. Some people can’t afford it and a lot of elderly don’t have it and they don’t trust internet banking.’

The bank has said that more people are using online banking, so there will be a shift to investing in the digital network over the bricks-and-mortar branch network.

It was the talk of the Bridge with people united in feeling let down.

‘I don’t know how they can justify it, look at how busy it is, look at how many people are going in and out. My parents bank with the Cobo branch and they can’t do online banking.’

Jan Gallienne was paying in some cheques, and she thought that with all the extra housing in the north the bank was a crucial part of infrastructure.

‘It’s absolutely disgusting, it’s appalling for the businesses here and for individuals. This has absolutely nothing to do with customer care. How do you pay a cheque in online?

Lots of people were eager to express their disappointment.

Derek Le Cras was worried about the potential for older people to become victims of online fraud.

That view was echoed by George Torode.

‘I don’t do online banking, a lot of us don’t, I’d sooner move to another bank because I like to speak to people and I don’t like going into Town, this is a main community.’

Mick Eborall said his wife had called up Jersey that morning to complain about the closures.

‘I think it’s terrible, it’s a disgrace. I don’t have a computer and I think that old people are being discriminated against.’

John Menhenitt said he went into Town only once a year at the most, so he was another planning to switch accounts.

‘You couldn’t print what I think. I can’t do online, I don’t have a computer, I can’t operate these modern phones, I haven’t got a hope in hell. My phone was £19 and it’s just for receiving and making phone calls.’

Even young people on the Bridge yesterday were sad to hear of the closures.

Melissa Dowinton, 26, said she was just getting to grips with online banking, but much preferred to speak to someone face-to-face.

‘I’m not very happy because the Town branch is always very busy and it’s difficult to park, getting into Town is a hassle, with having a daughter trying to get a buggy through Town is hard, so it’s a nightmare.’