OPINION: The problem is selfishness

Everyone knows we have to ‘do something’ about global warming – but hardly anyone wants to put the necessary dents in their lifestyle. Covid has shown what can be done if people are serious about facing down a global threat...

ON MONDAY of this week the Intergovernmental Panel on Climate Change, a UN-sponsored body, published an ‘it’s a disaster, folks’ report on climate change basically telling us we have only a few years left to even attempt to prevent the Global Apocalypse. On Tuesday of this week, this paper led with a story about benches in Church Square.

To be fair, half of page two was devoted to a smorgasbord of relevant small articles on zero carbon and even a brief precis of the frightening IPCC report. Serious consideration, yes, but not as much as unruly individuals on benches in the Square.

Pretty much sums up the whole prevention of climate change approach adopted globally. We are quite happily living our lives as normal and destroying the future viability of this Earth for our children and our children’s children while paying lip service to actually attempting to stop this dreadful plague.

Talking of dreadful plagues we happily, some not so happily, gave up our rights and freedoms to fight Covid in an attempt to protect our weak and vulnerable. But Covid is nothing like the threat that is man-made climate change. And in fact the moment we started to get on top of Covid, we went back to travelling abroad and commuting to work as though we hadn’t a care in the world.

What is wrong with us? Why do we fight total war against the lesser enemy that is Covid and yet we are not prepared to mobilise everything we have to defeat the real threat that hangs over our species? In fact we are so intent on enjoying the worldly pleasures we have become accustomed to only for roughly the same amount of time we have been pumping unspeakable levels of greenhouse gasses into our atmosphere that we cannot imagine giving any of them up.

Look at our own dear island in the time of my great-grandfathers. Cars, there were none. Travel, only for a few and much still powered by renewable energy. No excessive consumption of out-of-season foodstuffs delivered daily from the other side of the world.

Australian wine is now shipped using fossil fuel-guzzling vehicles when one, wine was a luxury few of our ancestors needed, and two, there is wine available closer. And just about everything we wear or use being made in China and shipped here. Madness.

Even our on island, leisure pursuits are in no way curtailed by the impending destruction of most of the Earth as we know it. Motorcycle parades burning fossil fuel just to go from here to back again for no reason. Firework displays, do they serve any purpose? And what about the Battle of Britain air display? Is all that aviation fuel really worth it when we all know every little counts?

The problem is selfishness. We are the elite we all hate. Our relative wealth compared with the Third World has led us into the habit of being planet killers. And as the poorer countries gain more wealth, they see the way we live and they want a piece of the action. There may be nine million bicycles in Beijing, but every rider probably dreams of owning a car.

They may dream of owning an electric car, but if they’ve managed with the bike for years do they really need one? Let’s be honest, swapping internal combustion for electric cars is not really the answer. If we are going all out to beat this one great challenge, in fact humanity’s greatest challenge in several millennia, then we need to get back to walking, which suited the vast majority of all people who have gone before us.

What can we do about all this? As individuals, nothing – except do our own little bit. As a Guernsey community, very little except to be a good example to others. But Covid has shown that when the global governments take something seriously and we back their play, then the world can start healing, or at least getting less sicker, almost overnight.

Covid has been the dry run. We can change our lifestyles in an instant if we are all in it together. And surely if we can do it for a Covid-level threat, we should be doing it for an off-the-scale threat like climate change.

Even though the pace of climate change has sped up from millennia to centuries and now to decades, I personally am old enough to expect few if any major climatic changes to inconvenience me before I pop my clogs. Therefore I have no skin in the game and should have few qualms about living the high life fuelled by fossilised remains.

But for some reason I feel like the farmer who lives as though he will die tomorrow but farms as though he will live forever. And I urge you all to consider doing the same. Don’t buy into the smoke and mirrors climate change mitigation policies being promoted by world governments, including our own beloved States of Guernsey.

Swap a petrol vehicle for an electric one? The electric vehicle by its very existence has contributed to climate change. And don’t buy into carbon credits. It isn’t OK to fly to the Seychelles to paddle in the sea if you pay someone to plant a tree in Brazil. Stay home and still pay for a tree to be planted.

Don’t be like the senior American politician who voices support for the IPCC report and warns about the future before chartering a jet to fly to Obama’s birthday party. 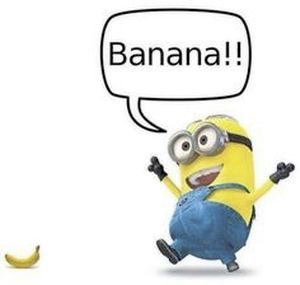 Boy jailed for murder of friend in decapitation attempt

Tax debate 'an opportunity to give Guernsey the future it deserves', says chief minister

Boy, 16, charged with murder over fatal stabbing of teenage girl

Hundreds of children enjoy free books thanks to Dolly Parton