KPMG in the Crown Dependencies has launched its first anniversary project which is aimed at helping islanders with the cost-of-living crisis – providing additional funding to the Guernsey Welfare Service’s food bank over the winter.

Having been involved in Guernsey remotely since 1891 as Black, Geoghegan & Till, in 1923 the firm formally registered with the Institute of Chartered Accountants in England & Wales as having a physical presence in the island.

KPMG is celebrating 100 years of physical presence and more than 130 years of association with the island.

Wishing to coincide the anniversary by helping those in the local community who may be feeling the squeeze, KPMG will be providing a variety of different goods over the course of the winter – including fresh vegetables, fresh fruit, advent calendars for children and gifts for certain users of the Welfare Service’s facilities.

The firm will also help the food bank modify its needs as demand changes over the coming months, and throughout November staff are donating goods from their own shopping bills to further support those in need this winter.

‘As we enter a time of economic uncertainty, rising prices and the consequent squeeze on earnings, it is easy to foresee that the food bank will be in demand.

‘We wanted to direct funding to this area in priority to exploring other anniversary projects which we hope to announce in due course as we think this funding is needed now,’ said head of office for Guernsey, Tony Mancini.

‘To have fresh fruit and veg to offer those visiting the food bank makes a huge difference and really helps families to eat healthily at a time when rising costs are causing people to make difficult food choices.’

It is part of several events and anniversary projects KPMG will be holding over the course of 2023, after more than 220 combined years of being associated with the Crown Dependencies from all its predecessor firms.

‘We are grateful for our relationship with Guernsey over the last 130 years and in giving back, we hope that if this will make even a small difference to the lives of those that might struggle this winter and beyond, then it will have been worth doing,’ said Neale Jehan, senior partner of KPMG in the Crown Dependencies.

‘It’s great that our staff are also contributing alongside the firm.’ 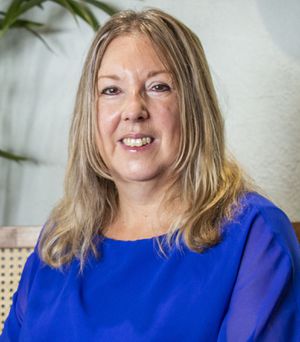 A touch of frost

‘Nothing for people at the bottom of housing ladder’

Trans prisoner pause was to give clarity, says Sturgeon

Enniskillen woman gets award from PM for initiative to combat loneliness