In at the deep end

Mark Foster, five-time Olympian swimmer and former world champion was in the island recently at the invitation of Barclays to speak at a Guernsey International Insurance Association event. In between that engagement, and giving St Sampson’s High School pupils an inspiring talk, he paused to chat with Amanda Eulenkamp about life after swimming, the value of competition – and why, in an age of information overload, sport and exercise are more important than ever... 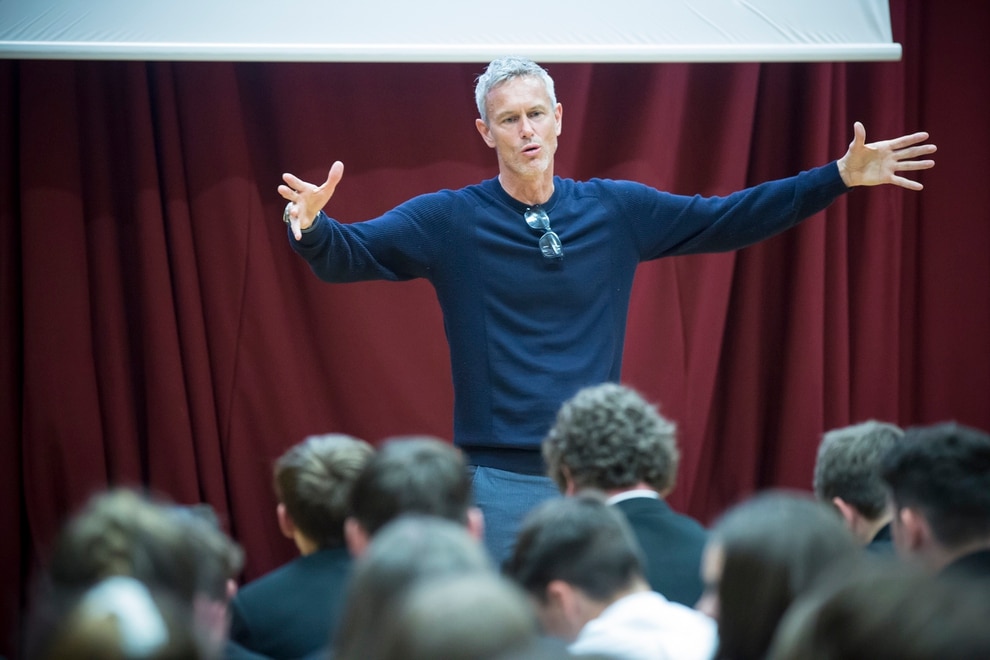 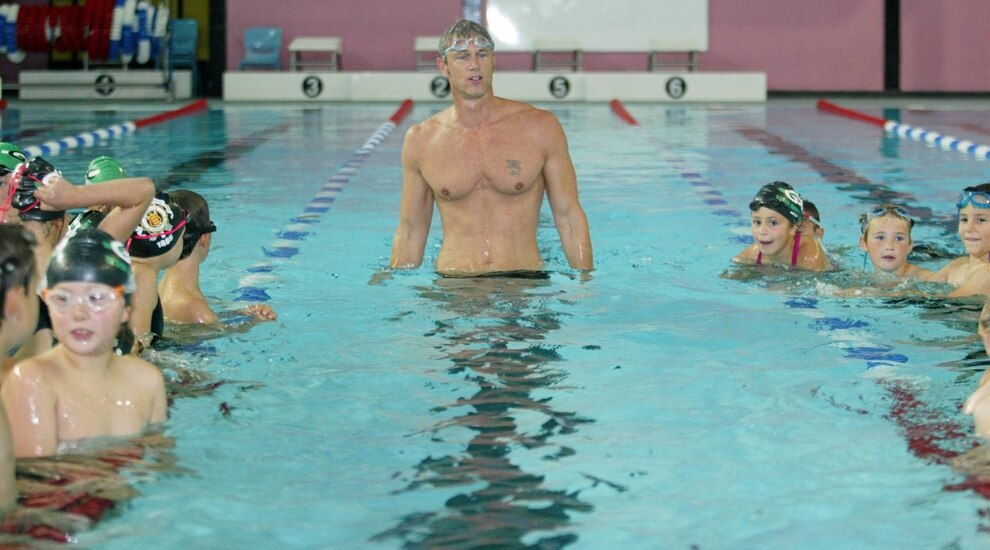 Conducting a coaching session at St Sampson’s High School on a previous trip to Guernsey in 2014. (Picture by Steve Sarre, 24686223)

SITTING down with Mark Foster is a real privilege. The fastest swimmer in Great Britain at the age of 15, the 6ft4in. former Olympian comes across as being in a happy place in his life right now. He’s relaxed, smiling and, post-swimming career, looks fit and healthy.

His enthusiasm for sport is infectious, and he is determined that people – whatever their age – find the sport that suits them and gets them moving.

‘Being active is so important,’ he says. ‘Human beings are meant to move. But nowadays, we’re sitting, doing nothing. Not being active is when people get into what I call holes in terms of thought processes, who they are, what they want to do, and they can get stuck with stuff.

‘There’s a massive amount out there about mental health at the moment, and being active is good for mental health. It’s going to become more important as kids nowadays spend so much time on phones, tablets, TVs and computers. They’re being fed information all the time. What they should look like, what they should do.

‘So I think being active with sport – it doesn’t matter what you do, and it’s good for your physical health – is important. Sport taught me a lot of lessons about other people and about myself essentially.’

Mark is very keen that young people in particular have the confidence to confide in someone when they’re struggling. He admits that he lived a ‘secret life’ for years – ‘I had a work life and a private life, totally separate’. Coming out as gay, in an era far less open than nowadays, wasn’t easy, and it was to his coach that he first spoke about it.

‘My coach was brilliant. Then I told my best friend – and suddenly I had a couple of people I could share with. There’s an old saying: “a problem shared is a problem halved”, and that’s so true.’

Mark cites his long sporting career as having taught him many lessons in life.

‘I was generally an all-round athlete,’ he says, ‘at school, I was the fourth fastest sprinter. I hated that because I kept getting beaten! But at the same time, I learnt more when things went wrong than when things went right. People think that it’s being a failure, but I think you learn from it.

Mark deplores the trend for removing competitiveness from school sports days, with everyone given something for taking part.

‘If you know that you’re going to be given something for not being good, then you’re always going to be expecting something. And I think society is getting to the point where they expect to get something because they see somebody else has got it.’

In a world where fame and success often seem to be bestowed on Instagram influencers or reality TV stars, Mark is keen to get the message across to youngsters that actually, ‘instant success’ happens to very few people, and it is hard work that gets the rewards in far more cases.

‘I’m a huge football fan,’ he says, adding that he’s a Spurs season ticket holder. ‘Football is a global sport, it’s on TV all the time, and kids see players earning huge sums of money. I’m not knocking the footballers, that’s the market, but it’s so few people. Whereas swimming is a minority sport, you might see it on TV occasionally, once every four years at the Olympics.

‘But you’re working for it, training for it every day. It’s an individual sport but there’s a team involved, and I think that sport gives you a team ethic. You learn to take orders, which generally people don’t like. You’ve got a coach who tells you what to do. You’ve got to take responsibility for what you do. And ultimately try and help your team.

‘Those are important lessons in life.’

With his competitive swimming days behind him, Mark is now enjoying playing golf. ‘It’s a walk, fresh air, a game and there’s the challenge of getting better. I also like the social aspect and being part of a team again.

‘Human beings always want to improve and get better, it’s our nature. So whatever you do – dance, swimming, football, knitting – it just has to be something that keeps you active.

‘There’s only so much TV you can watch.’