David Le Conte, from the astronomy section of La Societe Guernesiais, reveals what stargazers can look forward to in the year ahead... 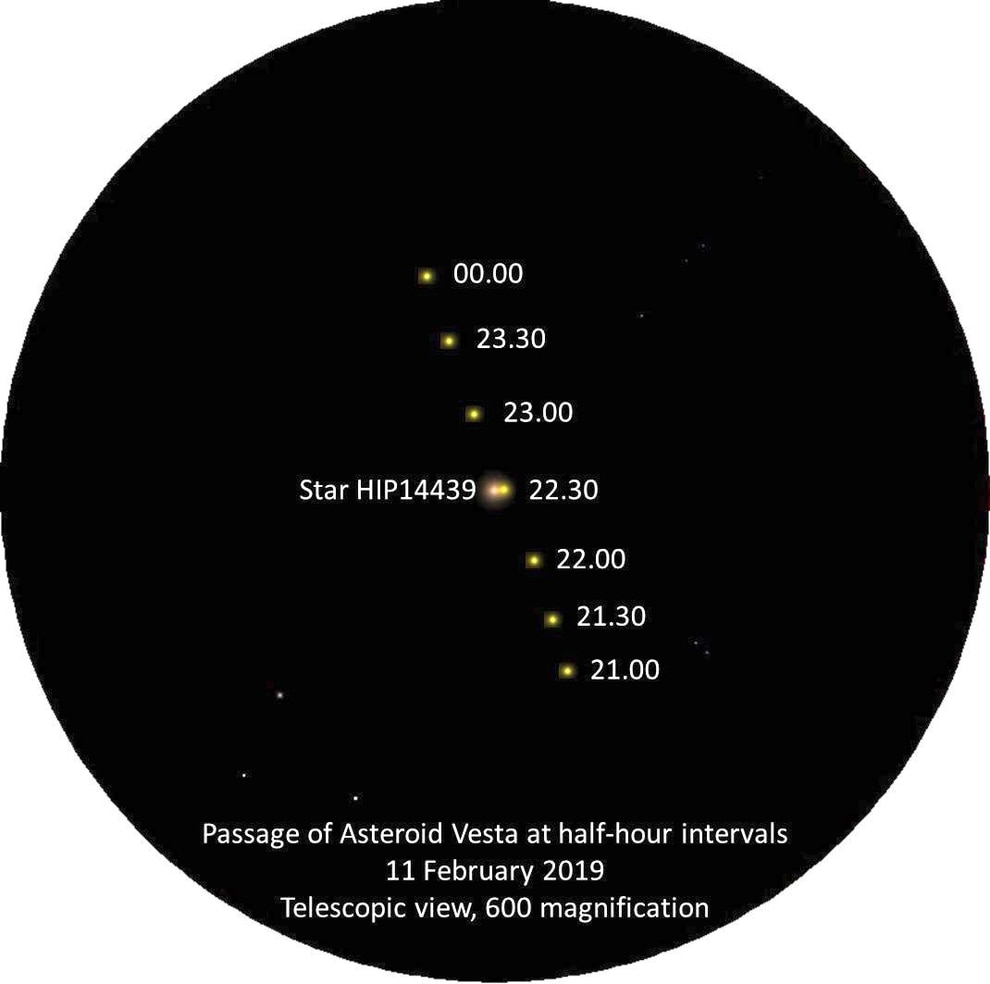 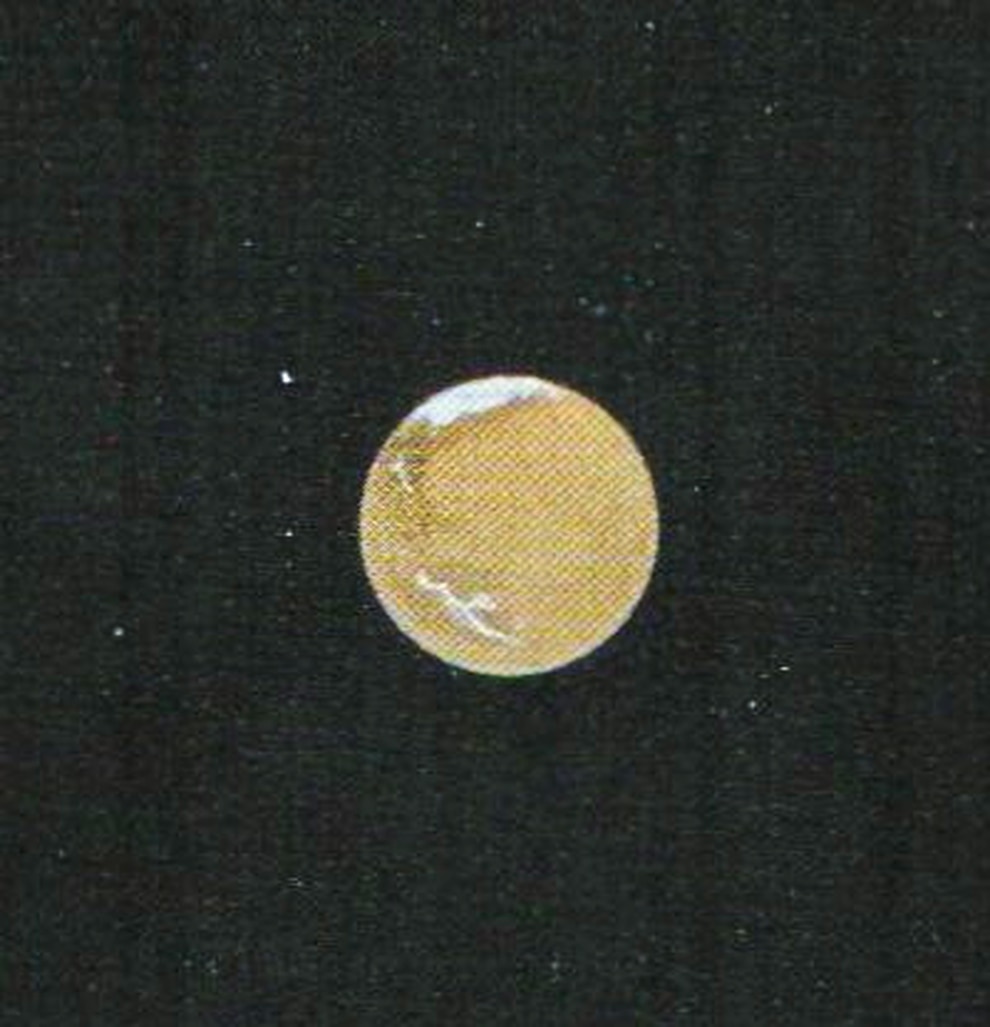 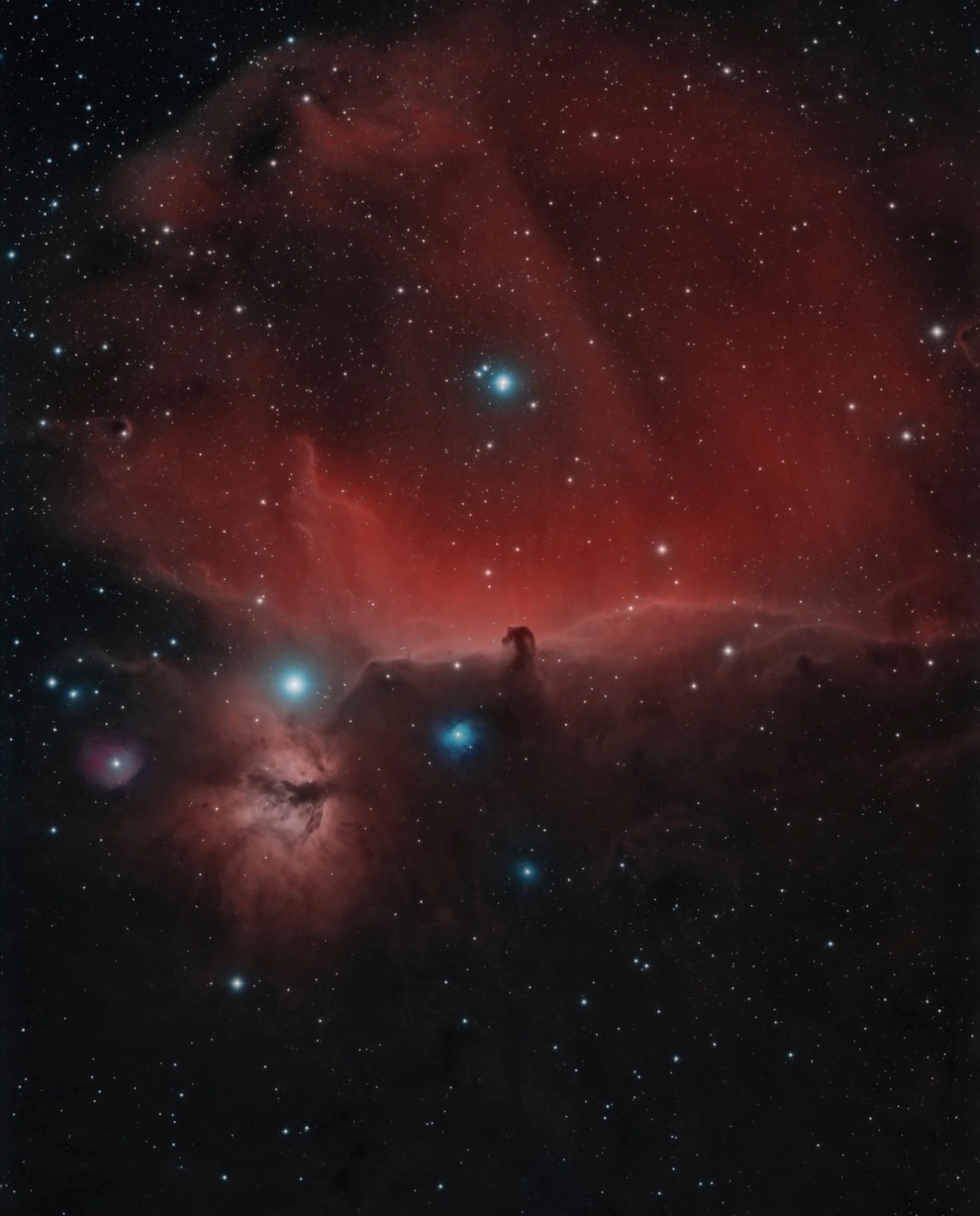 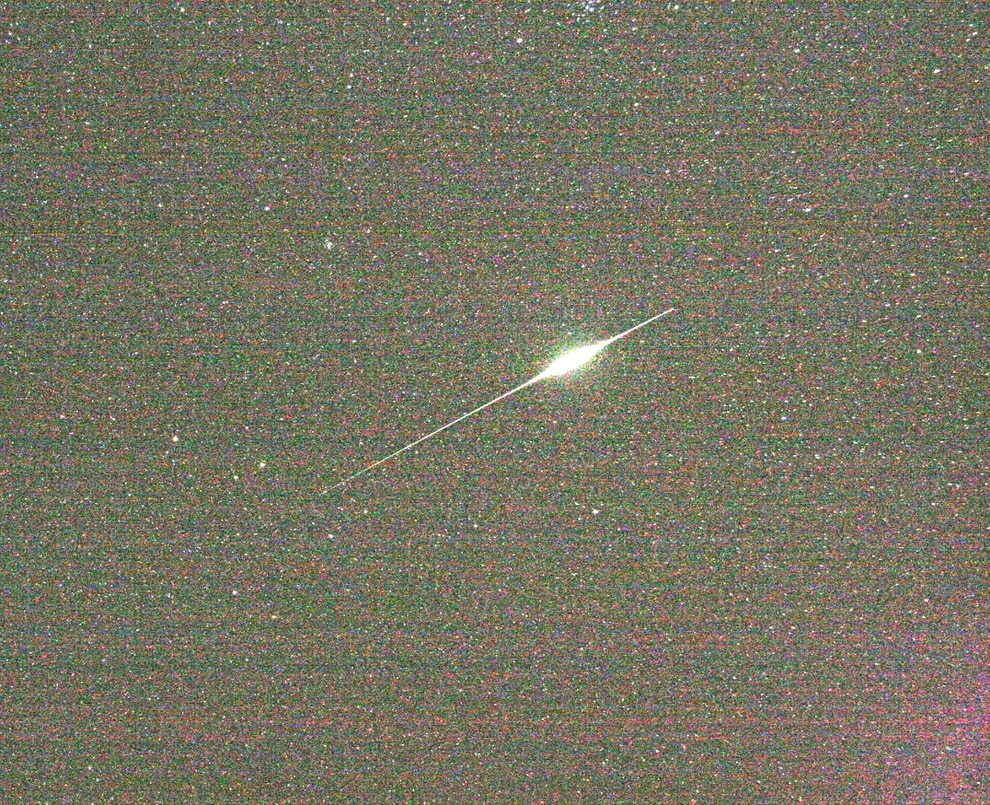 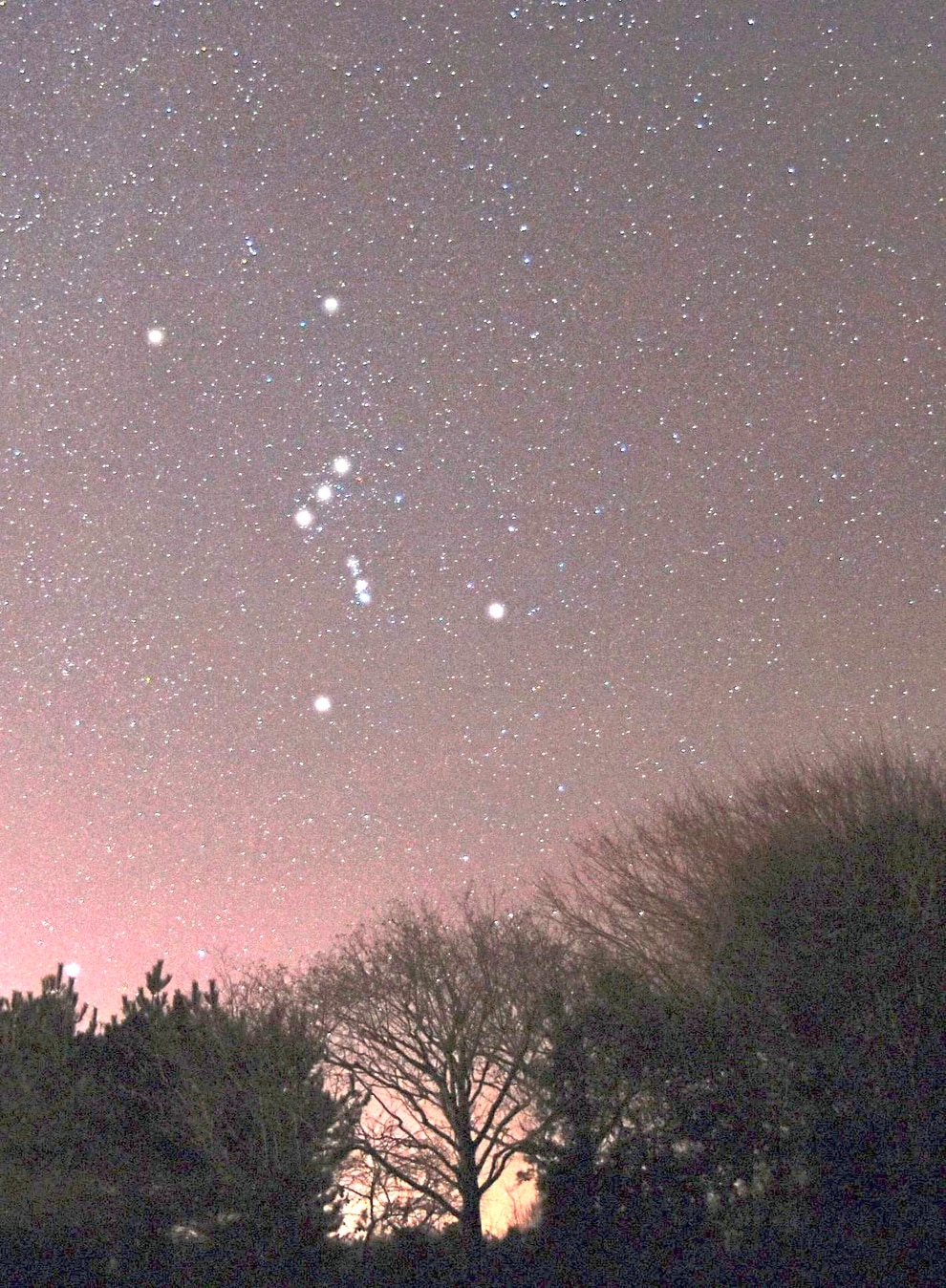 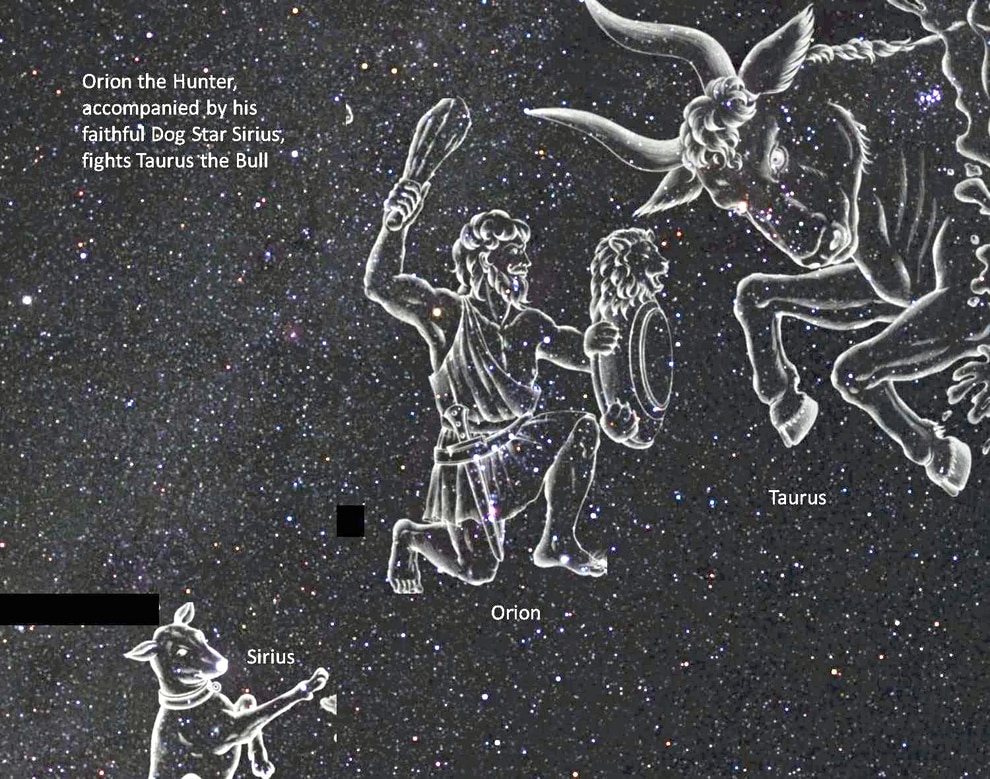 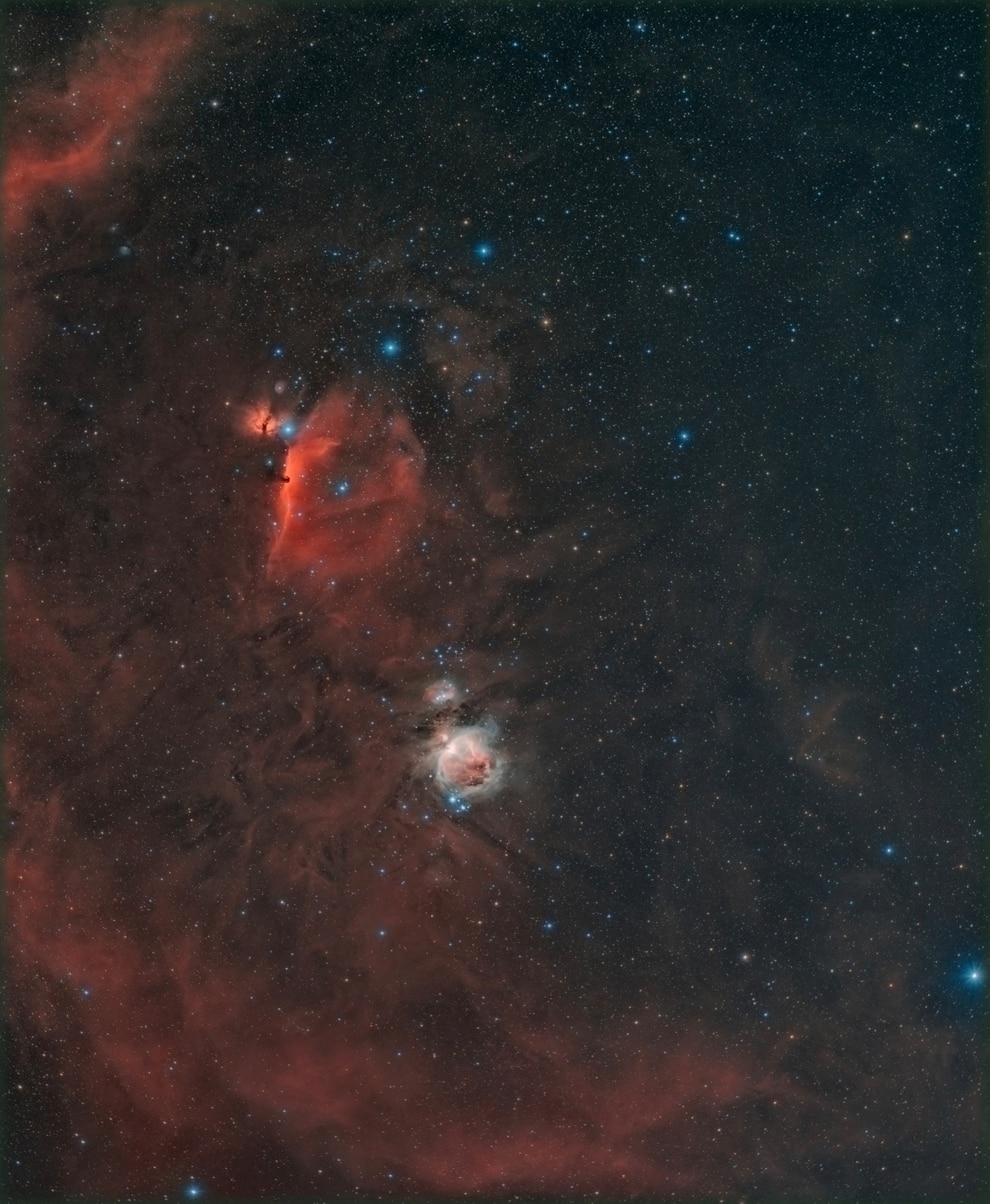 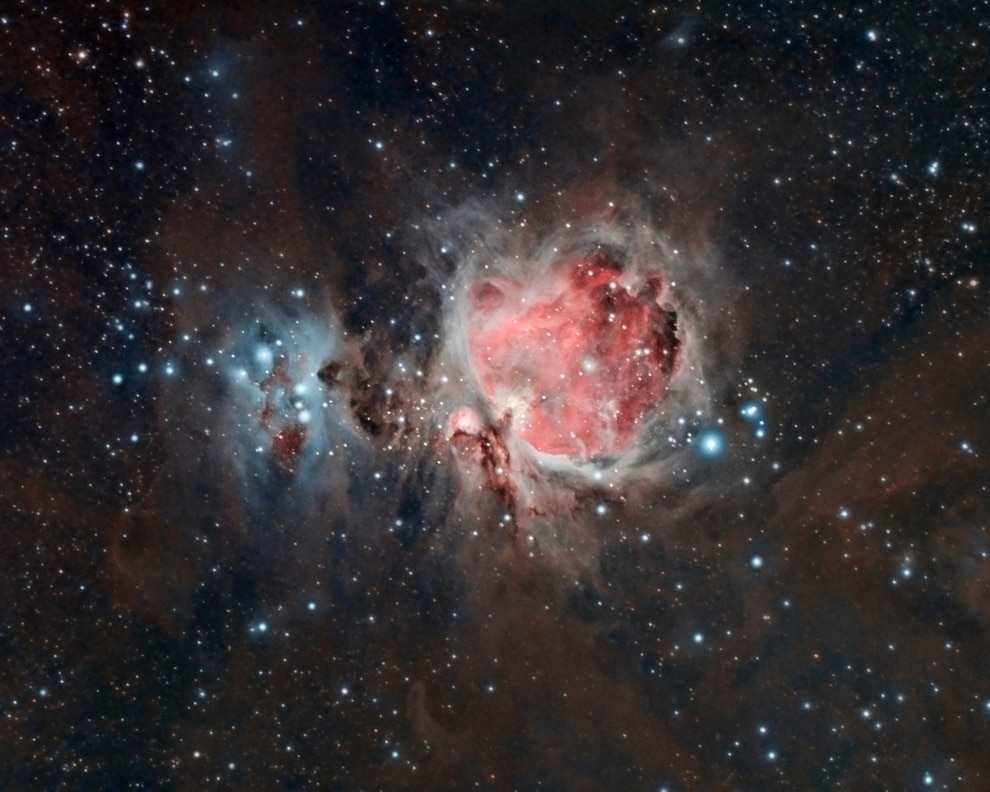 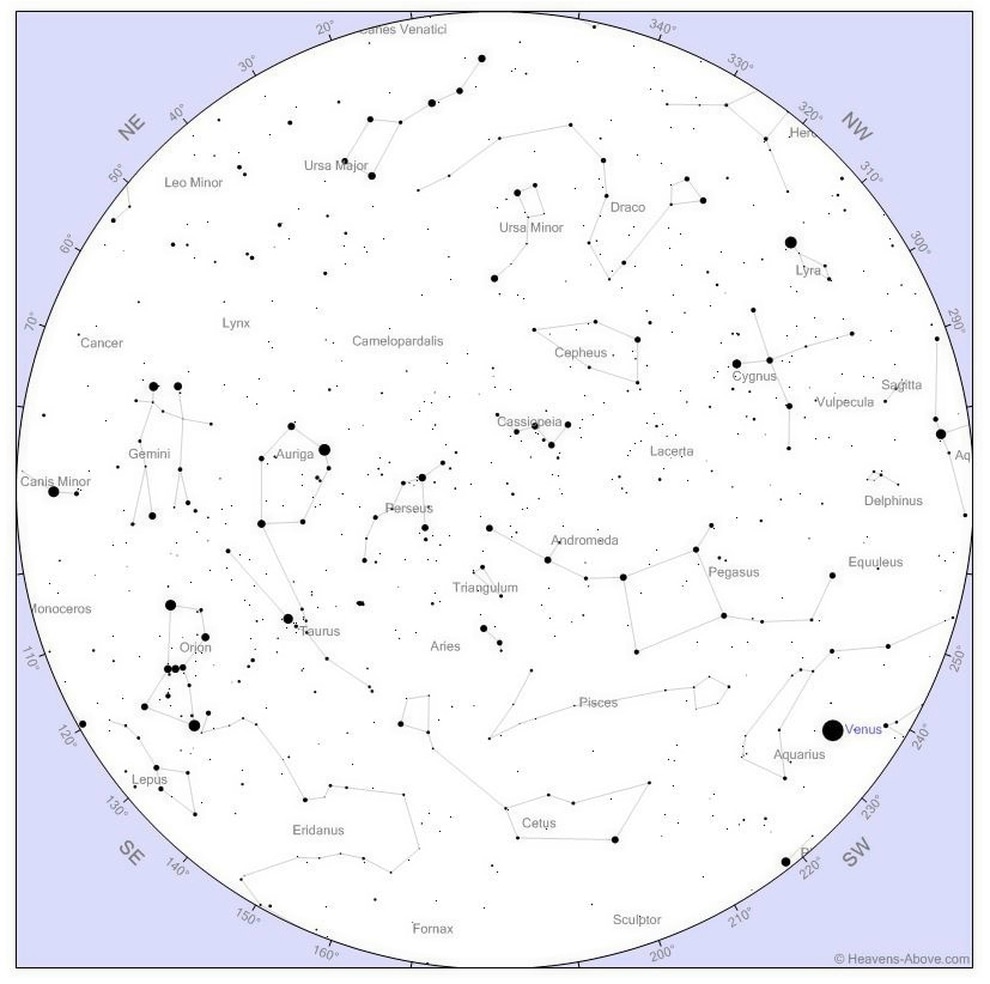 THERE will be much to gaze at in the night sky in 2020. Although it will be a disappointing year for eclipses there are some highlights for budding astronomers, including excellent views of the planets Venus, Mars, Jupiter and Saturn, and a close pass of an asteroid to a star.

There will also be no less than four supermoons, when the Full Moon appears larger than usual, its oval orbit around the Earth bringing it closer on 9 February, 9 March, 8 April and 7 May.

Charts such as those on heavens-above.com and on tablet apps will show locations of planets, comets and other objects amongst the stars, and many will also give predictions of satellite visibility.

The brightest planet, Venus, starts the year as the ‘Evening Star’ in the south-western sky after sunset. By June it will disappear, to reappear in the east before sunrise, and will remain visible in the morning for the rest of the year.

Although Mercury is quite bright many people have never seen it because it makes brief appearances, but there are good chances of spotting it every few weeks – if you know when and where to look. Being the closest planet to the Sun it has a smaller orbit than the Earth and moves much faster, its year lasting only 88 days. It will be visible low in the west after sunset in the second week of February, the first week of June, and the end of September/beginning of October. It will make pre-dawn appearances low in the east in the third and fourth weeks of March, the last week of July, and the second week of November.

At the beginning of the year Mars will be visible in the east in the morning before sunrise, and it will then rise earlier and earlier, rising at sunset in mid-October. That will be the best time for telescopic observation of this lovely red planet. That is because the Earth in its orbit will be overtaking it and it will appear relatively large, an event which happens every two years. These so-called ‘oppositions’ (Mars being opposite the Sun), are particularly close every 15 years or so, and enable us to see details of the Martian surface. On this occasion Mars will be a mere 39m. miles away. The next one as good as this one will not be until the year 2035.

Renowned Guernsey astronomer Warren De La Rue sketched such an opposition in 1852, when Mars was 61m. miles away, noting the appearance of the North polar cap as well as light and dark markings. Over the course of an hour of observation he produced a beautiful sketch ‘which I believe to be as faithful a delineation as my pencil could produce’.

The largest planet, Jupiter, will rise in the east just before sunrise in January, and will then rise progressively earlier, being visible all night by July. It will then remain an evening object for the rest of the year, although very low in the sky.

Jupiter’s four brightest moons are easily visible with even a small telescope. In fact a good pair of binoculars will reveal them. Over a few hours their orbital movement can be discerned and sometimes one or more of the moons disappears as it goes behind or in front of the planet. Occasionally the shadow of a Jovian moon can be seen on the planet’s disc with a suitably sized telescope, and the planet’s Great Red Spot – a storm lasting hundreds of years – appears for a couple of hours during Jupiter’s rapid rotation, its ‘day’ lasting just 10 hours.

Bright Jupiter will be accompanied by the fainter Saturn throughout the year. Jupiter moves faster than Saturn and will overtake it in December. On the 21st of that month the two planets will be seen very close to each other low in the south-west after sunset. Its beautiful rings make a lovely picture in even small telescopes, and some of its brightest moons, especially the largest, Titan, are also visible.

Asteroids are minor bodies of the solar system, most of which orbit the Sun between Mars and Jupiter. Their sizes range from the very small to 940km (580 miles) in diameter. The largest is Ceres, big enough to be classed as a dwarf planet like Pluto. The second largest asteroid is Vesta with a diameter of 535km (330 miles), discovered in 1807 and named after the Roman virgin goddess of home and hearth.

Being relatively small bodies, asteroids are generally faint and rarely visible without a telescope. Although it is not the largest asteroid, Vesta is surprisingly the brightest one. When closest to the Earth it can just be visible with the naked eye. This year it will not be that close, but astronomers will be focusing their telescopes on it at around 10pm on 11 February. At that time it will make an interesting close approach to star HIP14439 in the constellation Aries in the west part of the sky. In the northern UK and parts of Europe it will appear to pass in front of the star, momentarily dimming the star’s light, but from Guernsey it will appear almost to graze the star at 10.27pm, and it will be possible to observe its movement over several minutes. If you have never seen an asteroid but have a telescope this will be a good time to see one, identify it and actually see it move.

Of course, although the two objects will appear close to each other they are at vastly different distances. Vesta will be about 20 light-minutes away, while the star’s distance is over 300 light-years.

This is a poor year for eclipses. No solar eclipses will be visible from Guernsey, and the three lunar eclipses are disappointingly penumbral ones, the Moon passing through the thin outer parts of the Earth’s shadow and appearing just slightly dimmed. They occur on 10 January from 5.05pm to 9.14pm, 5 June from moonrise at 9.02pm to 10.06pm, and 5 July from 4.04am to moonset at 5.07am.

On 21 June an annular solar eclipse will be seen from central East Africa and the southern part of Asia, including northern India. This kind of eclipse is named after the ‘annulus’, a ring of sunlight left around the Moon which is further away, and hence smaller than usual. It is, in effect, a special kind of partial eclipse.

A total solar eclipse will, however, be seen on 14 December from Chile, Argentina, the South Pacific and South Atlantic.

There are many meteor showers during the year, and all three major ones should be well worth watching as they will not be adversely affected by bright moonlight. They are: the Quadrantids, which peak on the night of 3 January, the Perseids (12 August) and the Geminids (13 December). Meteors are flashes of light (‘shooting stars’) in our atmosphere caused by tiny particles originating from comets.

Comet PanSTARRS, being far north, is well-placed for observation during the first few months of the year, but a good telescope and accurate charts will be needed to see this faint object. It may just reach naked-eye visibility in May.

The International Space Station is regularly visible from Guernsey, looking like a very bright star crossing our skies from west to east. It is likely to be visible in the late morning hours until the 10 January, and then in the early evening from the 20 January to the first week of February.

At this time of year we are blessed with one of the most striking constellations: Orion the Hunter. Easily identified by the three bright stars of the hunter’s belt, it rises in the early evening in the south-east, crosses our southern sky, and remains visible in the evening through to early spring. Orion is not only a beautiful, distinctive group of stars, it also contains several interesting objects.

Its bright star, Betelgeuse, at the top left, marking one of the hunter’s shoulders, is an enormous supergiant red star with a diameter some 900 times that of the Sun. Its red colour contrasts sharply with that of the star Rigel at Orion’s bottom right, which is a blue supergiant. Betelgeuse is expected to explode as a supernova sometime within the next million years. At a distance of 640 light-years it is too far away to be a threat to Earth, but anyone alive at the time will enjoy an awe-inspiring spectacle.

The most interesting object in Orion, however, lies in the ‘sword’ suspended from the left of the three stars of the belt. It is the Orion Nebula, a huge cloud of glowing hydrogen gas with dark dust. It is easily seen in binoculars and small telescopes. At a distance of some 1,300 light-years and a diameter of 24 light-years it is one of the brightest of this class of objects, being a birthplace of new stars, and undoubtedly planets.

Orion, rather like the Plough, which points the direction to the North Star, is also a signpost to other stars and constellations. The accompanying diagram shows the directions of nearby stars and, in brackets, their respective constellations. The hunter can be envisaged as facing to the right, holding a shield in front of him as he battles Taurus the Bull, marked by the bright star Aldebaran, and holding a raised weapon – perhaps a club, above Betelgeuse.

Also of interest in Orion is a faint but beautifully shaped nebula, called the Horsehead for obvious reasons. A good telescope and dark sky are necessary to observe it. Together with the Orion Nebula and much surrounding material it is part of an active star-forming region called the Orion Molecular Cloud Complex.