WATCH: Walking Festival: Getting out there

This year's Spring Walking Festival, which featured more than 50 walks led by 16 Bailiwick of Guernsey Guild of Accredited Guides, was to start today and continue until the end of the month. 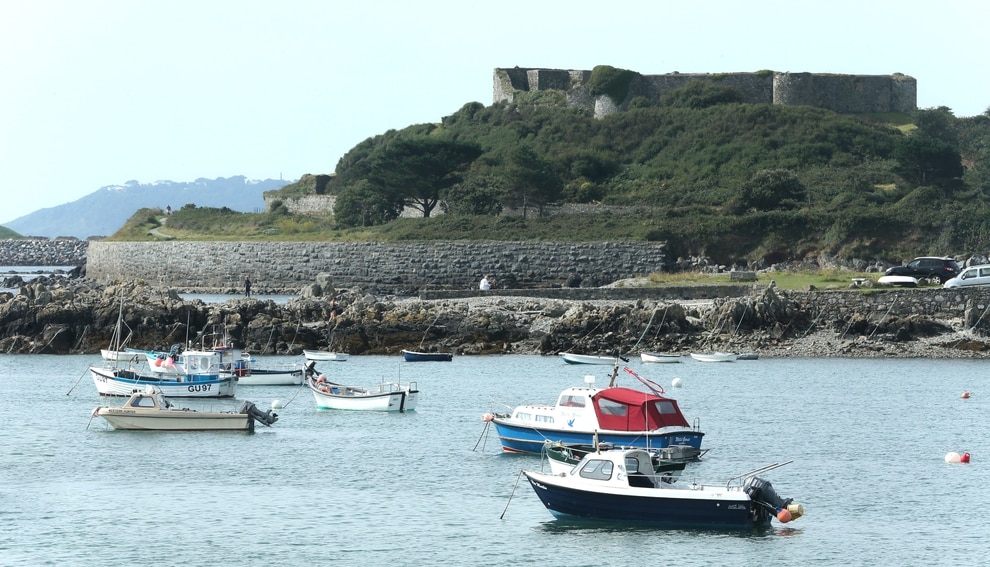 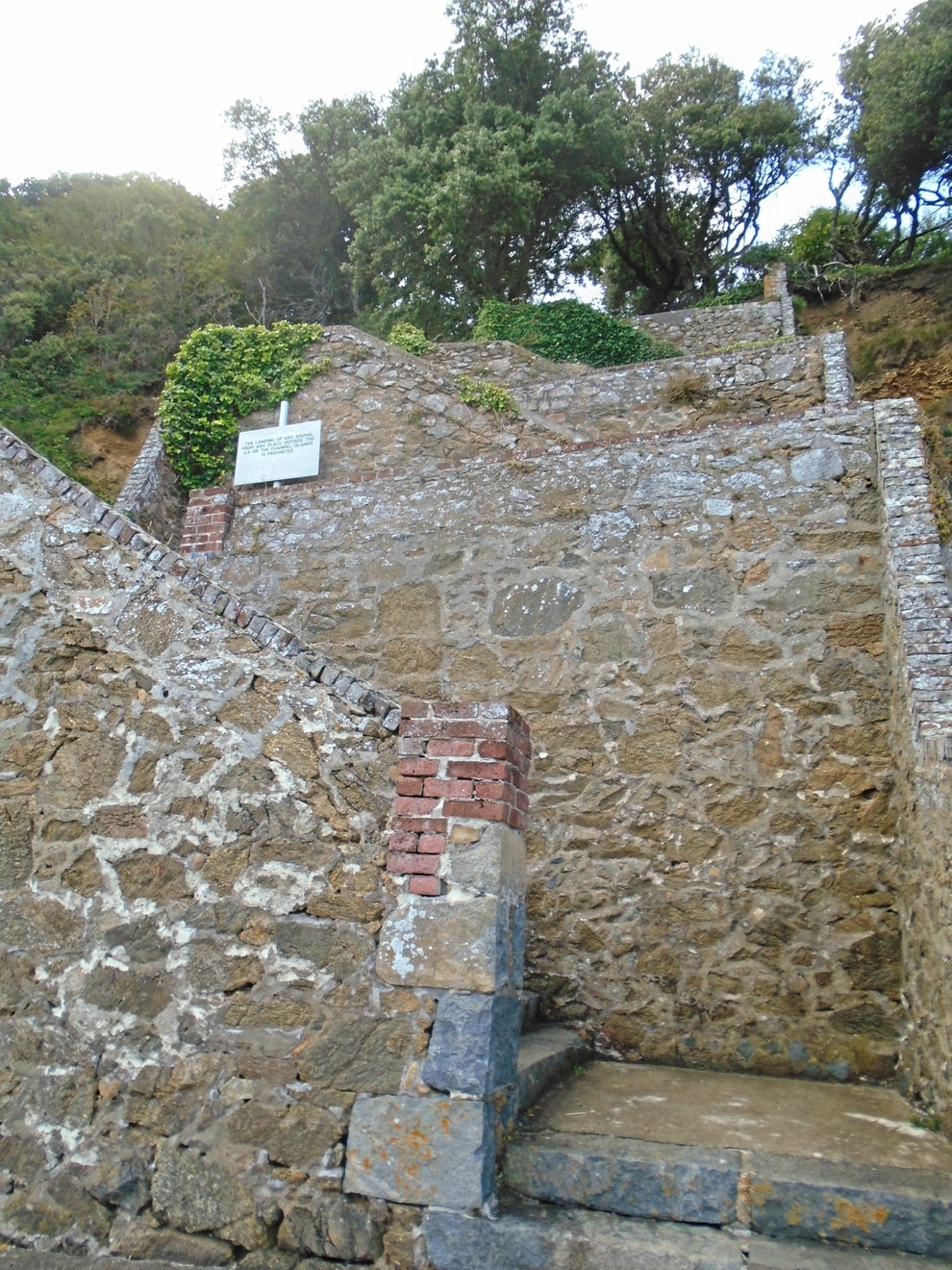 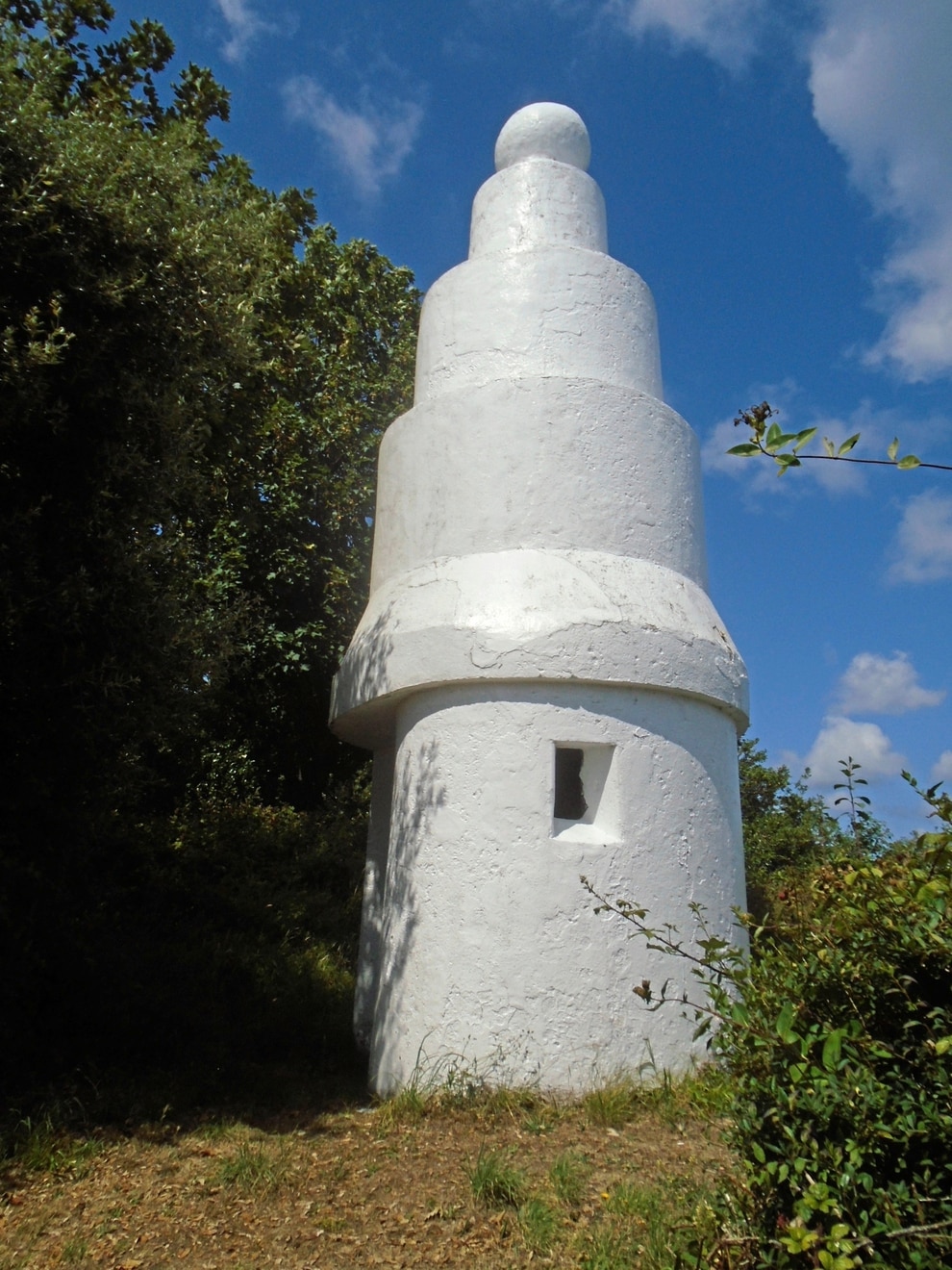 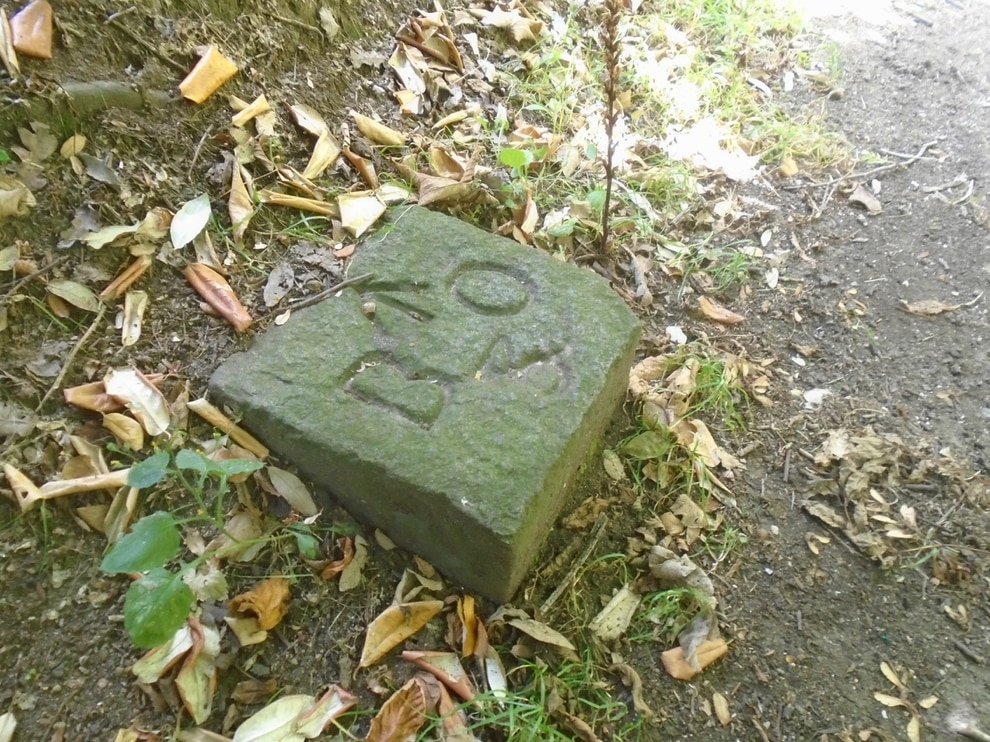 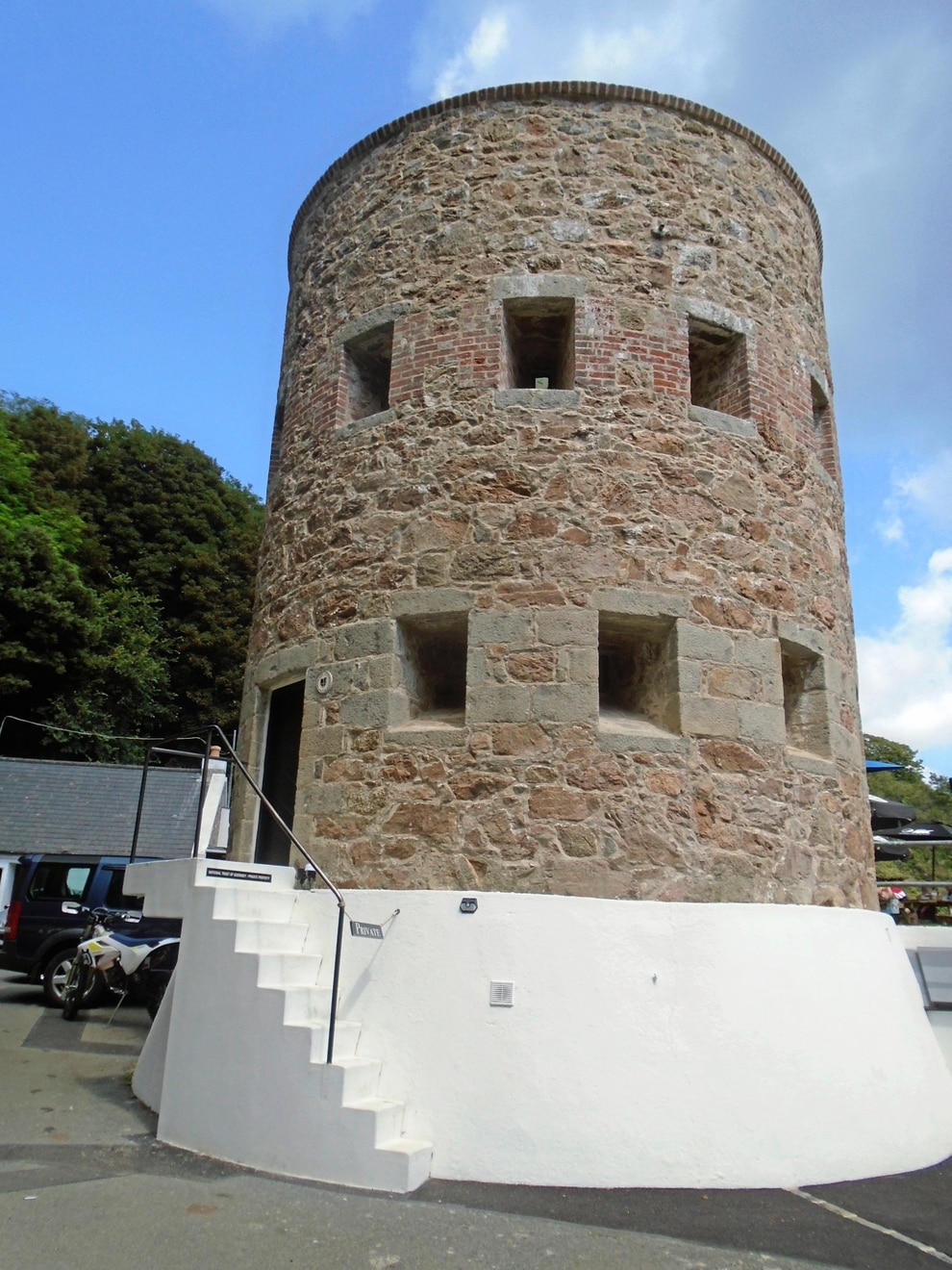 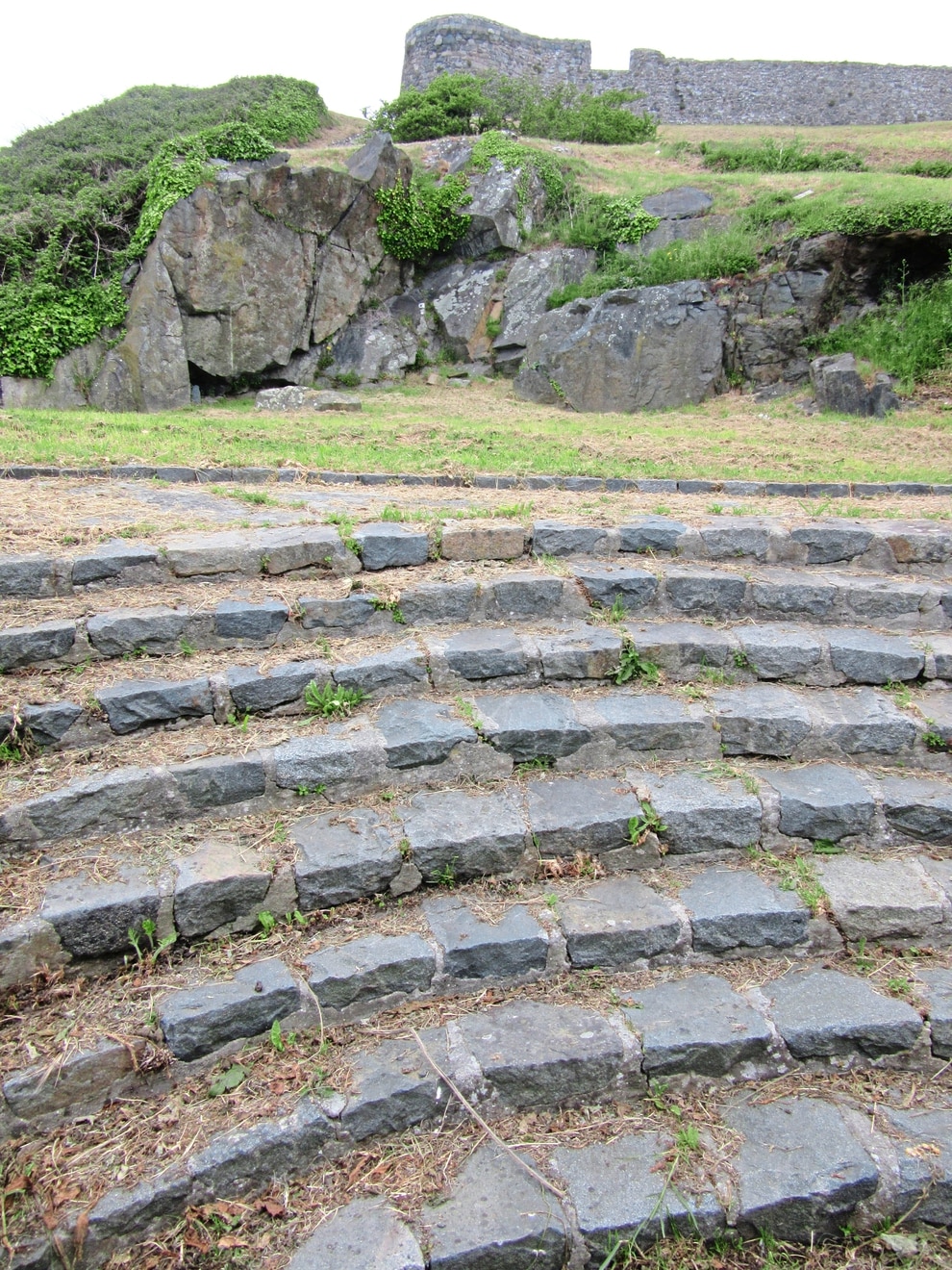 Spring Walking Festival, with guide Soo Wellfair - The Mound of Music. The bridge built by the Mowlem stone yard.(28259075) 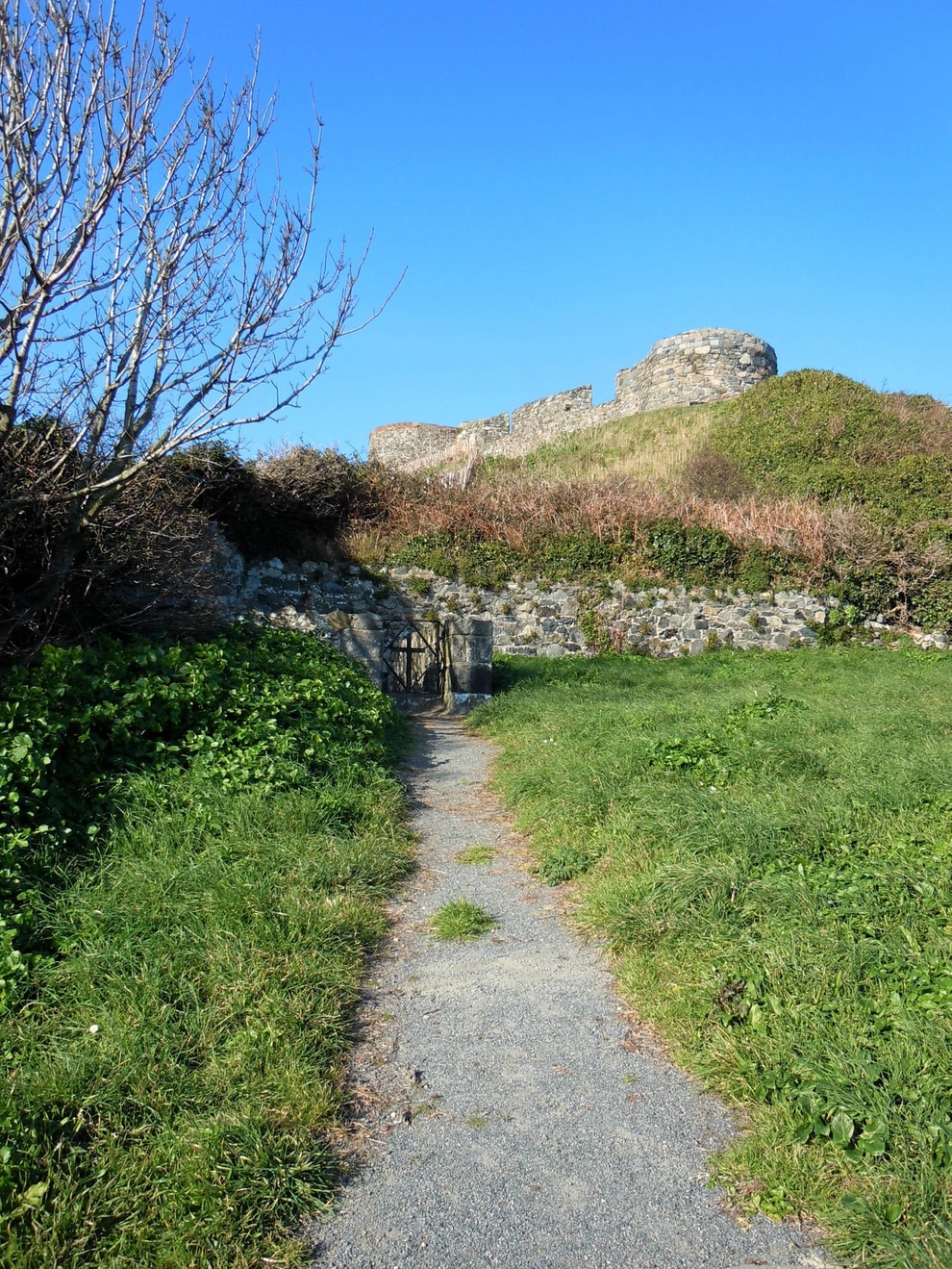 Spring Walking Festival, with guide Soo Wellfair - The Mound of Music. Path up to Vale Castle. (Picture by Shaun Shackleton, 28259079) 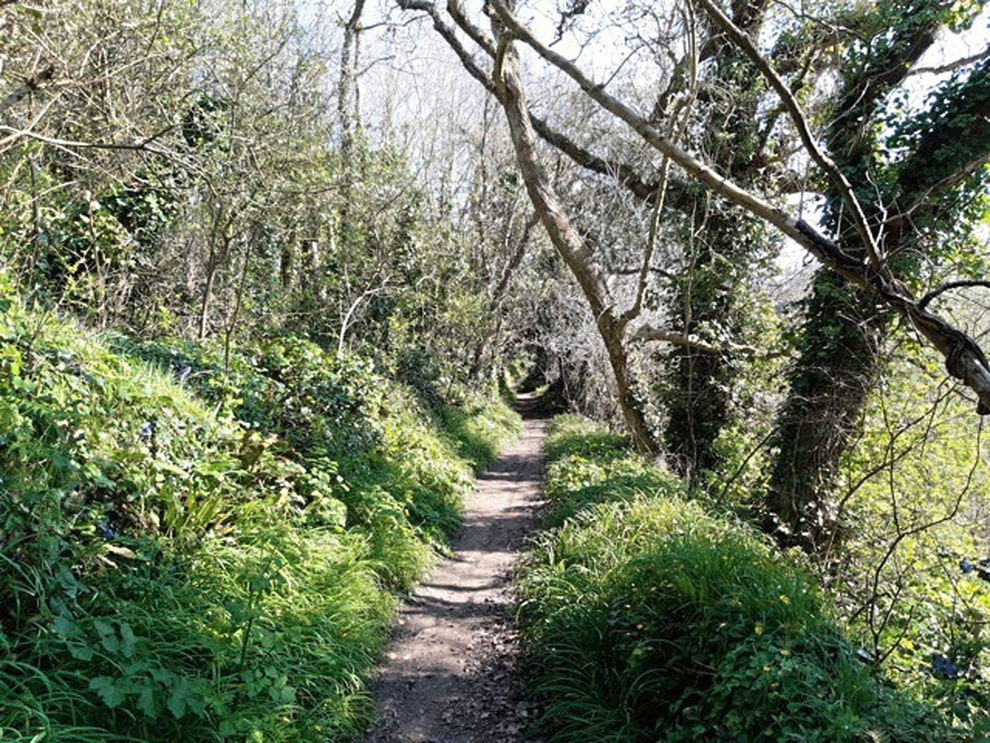 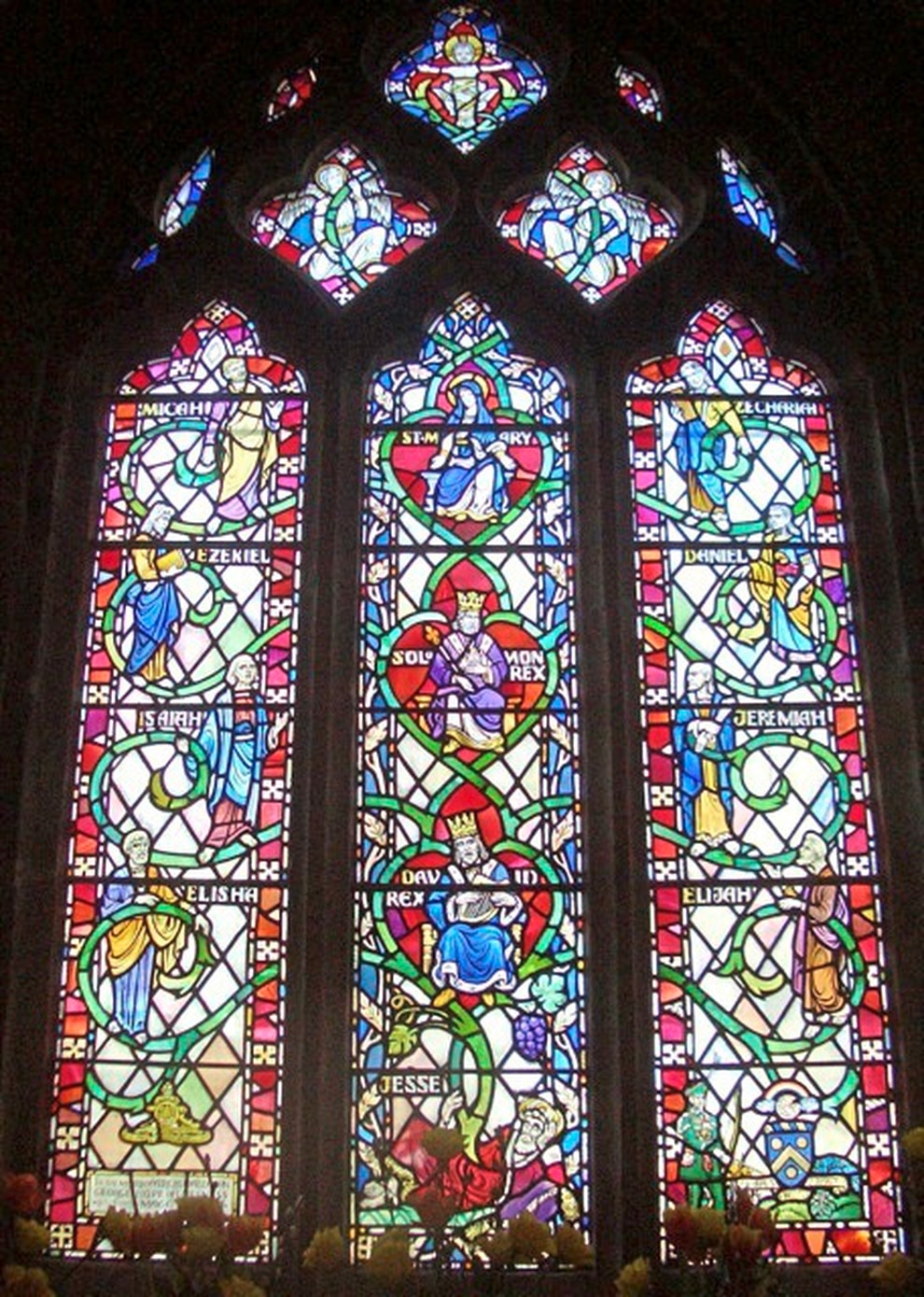 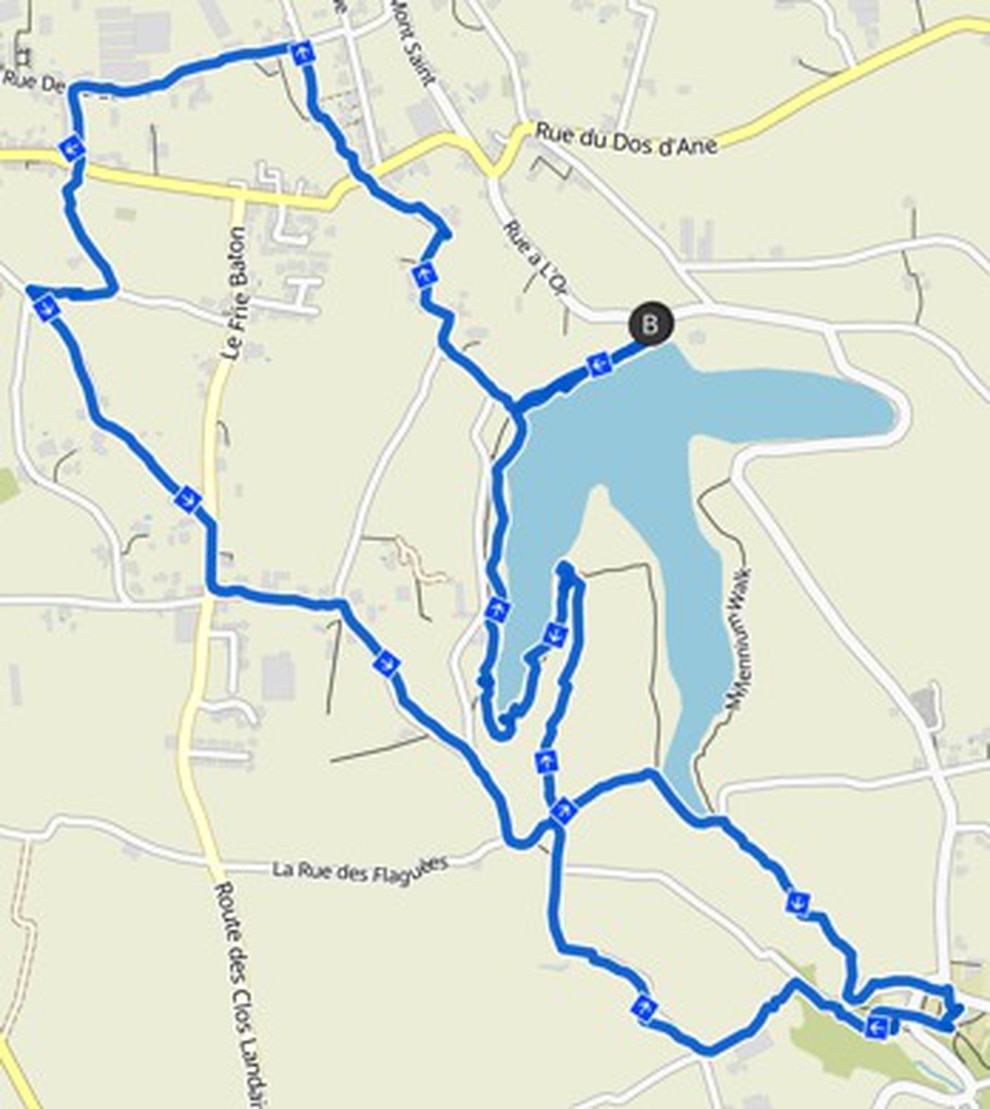 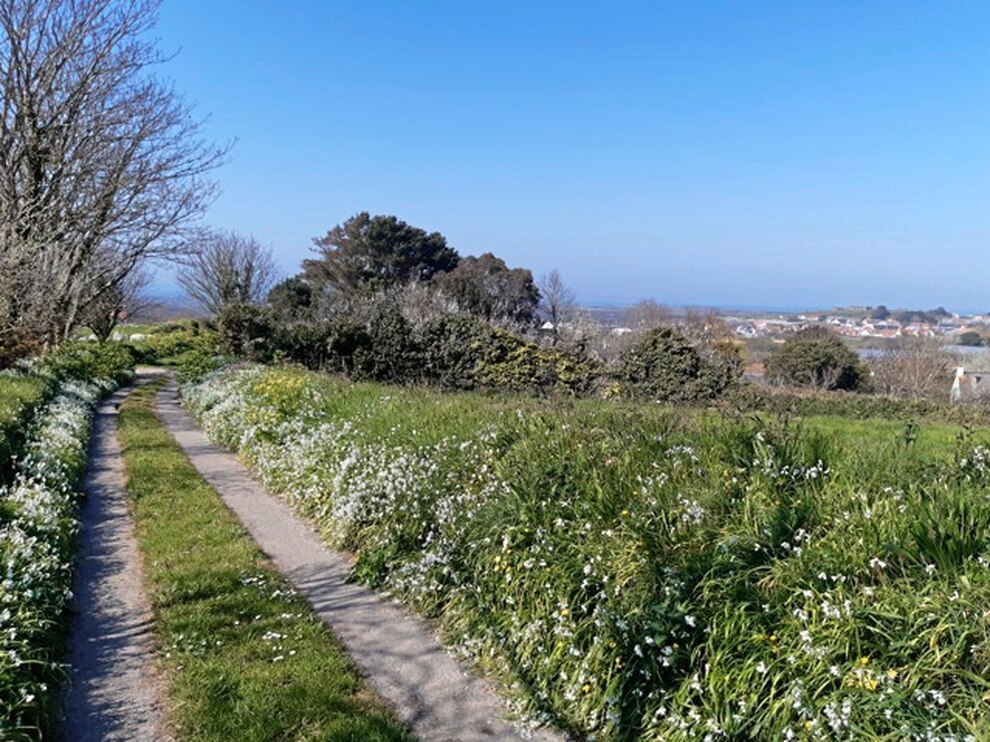 Although cancelled due to the lockdown, now that our exercise time has gone from two to four hours, many of these walks can still be enjoyed with a friend while practicing social distancing. And some are even going online next week as part of a 'virtual walking festival'.

SOO Wellfair created four walks for this year's festival, including a gastronomic walk around Town and a picnic at the Fairy Ring.

This walk, The Mound of Music, was created for her first-ever Spring Walking Festival in 2018.

‘I usually do children’s and family walks, picture trails and treasure hunts, and this walk is an extension of that at Vale Castle,’ said Soo. ‘It’s one of my favourite places.’

Touching on the historical and industrial side of the north, it begins at Bordeaux car park.

We crossed Castle Road, walked along the gated path, and turned right into Rue des Barras until we came to the concrete bridge.

‘This bridge takes the stone tramway over the road,’ said Soo. ‘It was built at the height of the quarrying period and runs from John Mowlem and Co. stone yard – now Falla’s - and has grooves in where horse-drawn carriages would drag the granite. In the Second World War the Germans took it over.’

Taking the path around to the entrance of Vale Castle, Soo pointed out the stone-crushing tower at Mowlem’s. Up the path we stopped at perhaps Guernsey’s smallest graveyard (after the one in Herm).

‘After an ill-fated expedition to Holland in 1799 two divisions of Russian troops were garrisoned in the castle. A disease contracted in Holland killed off hundreds of the soldiers. They were buried in a field 100 metres west of the castle. Later in 1925 when Mowlem and Company wanted to extend their quarry the States would only let them if they disinterred the remains and reburied them on the Vale Castle hill.’

Inside the castle it was more history, all the way from 1066 to 1204 to the Second World War, the Vale Earth fair and weddings. Soo also told me about the old barracks inside the castle which were once States housing – no proper plumbing or electricity.

Back down the drive and on a perimeter path she revealed a secret arena.

‘I always wondered if this were actual proof that the Romans came to Guernsey, but after research I found that it was actually built in 1980.

‘There was also an excavation in 1980 where a brass sundial cannon was found. This is a sundial incorporating a cannon with a fuse that is lit by an overhanging magnifying glass causing the gun to fire at noon.’

Leaving the castle behind we walked round the harbour and alongside the former Bordeaux Quarry and past the two huge concrete anchor blocks still on the beach.

We visited Houmet Paradis, the Dehus Dolmen and the houses of Fredrick Lukis and Marie Ozanne, the spiky Sally Army member who gave the Germans a hard time.

FOR this year's festival, Jean Bishop put together a brand new walk called Windows, Water and Views in the Heart of St Saviour's.

'Water and Views takes in the reservoir and water lanes offering beautiful views from the dam - originally destined to be clad in dressed Cobo pink granite - in both directions across the reservoir and out to the sea and reefs, and from various lanes in the vicinity across the countryside and valley, once described at the most beautiful part of the island,' said Jean.

'The walk includes a brief history of the dam, passes some of the local houses of interest and also the German radar site.'

It begins at Rue a L'Or and crosses the dam from north-east to south-west and then right down Rue des Annevilles. Crossing La Grande Rue it follows the water lane to Rue des Crabbes, turns right and right again into Rue de Ste Apolline.

The chapel holds the first of the walks 'windows'.

'Ste Apolline’s Chapel and St Saviour’s Church windows have some of the best examples of stained glass windows to be found in the Channel Islands,' said Jean. 'Some of which were designed by Lawrence Lee who designed the large window in Coventry Cathedral when it was rebuilt after the war. There is also the last intact Victorian window in the Channel Islands and some other beautiful windows depicting our heritage including The Liberation Window, The Charter Window, which shows the handing over of the charter by Robert Duke of Normandy, and a wonderful example of The Jesse Tree.'

Right outside it's up the green lane Ruette de la Bataille, right down to the junction and up Rue de la Croix Creve Coeur to the old German radar bunker. A couple of hundred yards up the Frie Baton and left into Rue de Pre Bourdon, Rue de la Hougue Maban, down the dip , up and around Rue du Moulin and then right along another green lane, Rue Patey, which leads to St Saviour's Church (and the other windows).

Back out the church it on to Rue des Comtes and Rue des Trepieds, passing houses of interest - one with animal bones protruding from a wall and another which was a school during the Occupation, into Rue du Mont Variouf, around the edge of the reservoir and back across the dam to the car park. The walk takes approximately three hours is around 4.5 miles long.

ANDY Walker's Fermain Fest starts at the leafy gates of Sausmarez Manor, under the old gatehouse and heraldic statues, before it crosses over the road and heads down Le Varclin, passing houses where famous Guernseyfolk lived - including wartime hero Desmond Mulholland and Bon Air House, home of early 19th-century Bailiff Daniel de Lisle Brock, which has a Luftwaffe bunker in the grounds.

Passing the abreveur in the dip of Le Varclin it's up and then right down Calais Road.

Before Calais Lane and Gypsy Lane it's onto the old path on the left down through old farm houses (and the Garden Gnome House) following the stream to the cliff path.

The trees are a beautiful green canopy. Underneath you bass a German barbed wire post and a Board of Ordnance marker stone (so that's what the BO stands for.).

A fantastic panoramic view (as seen on old tourist posters about Guernsey) and it's down to loophole tower and the famous pebble grin of Fermain Bay, arena of smuggling, invasion, kidnap of jurats in the English Civil War, Roman breakwater, plans for harbour in the 19th century, gun batteries and whoopie floats - as well as the old Fermain ferry and a wooden jetty on wheels.

Up out of Fermain and back on the cliff path it's down to the Ozanne steps and fisherman`s chapel then back up and round to the Pepper Pot, the bright-white sea-goer's marker and sentry box.

Up through Village du Putron and onto the Old Fort Road past the chapel and along to the Fermain Tavern, host of many a famous rockstar including Snowy White, Elton John and Wilko Johnson. Bert Hill, the cartoonist who drew the famous Liberation Day donkey, lived behind the tavern.

Then it's back along Sausmarez Road and all the houses that were once hotels and then back at the Manor.

Like all of Andy's walks - an amazing 10 in this year's spring festival - this takes in everything from beautiful countryside through forgotten stories to little-known history.