Professor Catherine Staite sets out what she perceives as the main problems with Alderney's government and explains how it can change for the better... 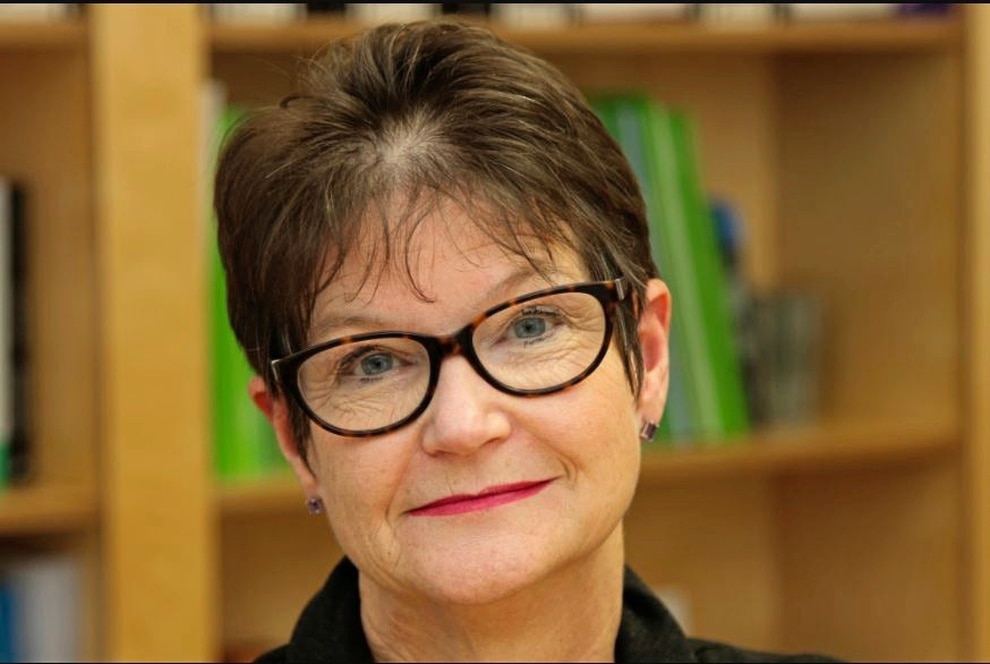 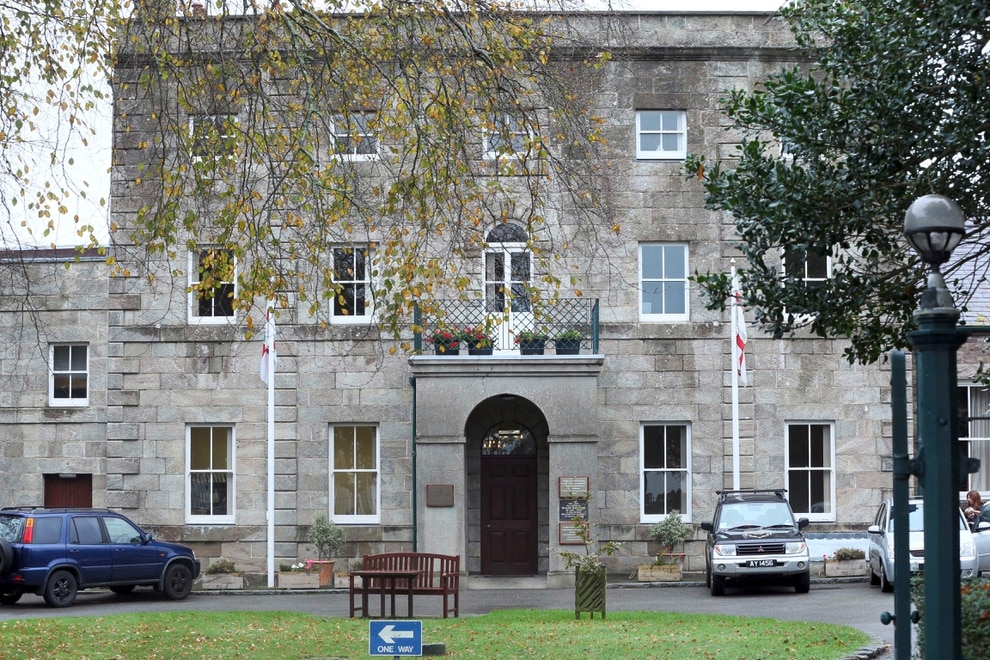 I HAVE written this article in response to requests from a number of islanders.

They asked me, as a professor of public management, who understands leadership and governance and who has lived in Alderney for the last two and a half years, to explain to them why the government of Alderney is failing in so many ways.

I am the wife of Andrew Muter, the chief executive of Alderney, but these are my own observations based on information in the public domain and the knowledge gained working with local and national governments during a very long career.

It is easier to answer their questions if I focus on three key elements of government:

1. Are the structures underpinning government in Alderney fit for purpose?

We have a three-tier structure, with the UK at the top, the States of Guernsey in the middle and the States of Alderney at the bottom.

The States of Guernsey is in a fiscal union with the States of Alderney, so most of our taxes go to Guernsey to pay for the delivery of most public services in Alderney.

There are two Alderney representatives in the States of Deliberation who are appointed by the States of Alderney, following an advisory plebiscite, with the aim of representing Alderney taxpayers in Guernsey decisions.

The States of Alderney is responsible for the harbour, roads, the ambulance and fire services, waste and planning and economic development, including tourism.

Democracy is of fundamental importance but we should always question whether our way of organising democracy is serving us well. That includes understanding what it costs.

It is utterly astonishing that the States has 10 elected members for a population of 2,039. This equates to one for every 200 residents, compared with 1,697 residents per deputy in Guernsey.

This hugely disproportionate level of representation comes at a very high cost. States members receive allowances of £9,629 each per year. The two Alderney representatives receive an additional £20,629 each. Other members’ costs, including expenses, are estimated at around £27,620 per year. The total annual cost of democracy in Alderney is about £220,000, including £49,796 for the States of Guernsey’s democratic oversight of services provided to Alderney. That equates to £107 per person, compared with £30 in Guernsey. Alderney’s democratic overhead is three and a half times greater than Guernsey’s.

The States of Alderney’s gross annual budget is about £3.8m., which equates to £380,000 of financial responsibility per States member. The equivalent figure in Guernsey is around £12.5m., 33 times greater than Alderney.

It is clear that the structures of government in Alderney are not fit for purpose. They are top-heavy and very expensive to run.

2. Does the States of Alderney have effective systems?

The States has three committees, five sub-committees and eight action or working groups, holding a total of about 130 meetings a year, which is entirely disproportionate to the scale and scope of government. The average length of a Policy and Finance Committee meeting is three hours and 55 minutes. Each committee generates a lot of paperwork and eats up a huge amount of time, without producing much in the way of measurable impact.

In addition, the States meets formally 10 times a year. Debates can be lengthy and made up of the reading of repetitive speeches and off-the-cuff remarks, which are rarely engaging. It is unusual for anything of substance to be decided.

Engagement with the public is outdated and ineffective. Members of the public can raise questions or make comments relating to matters that are going to be discussed at the next States meeting, at the monthly People’s Meeting. This is followed by an open forum but the meetings are attended by relatively few people, who often ask the same questions each month.

It is clear that the government of Alderney does not have effective systems of government.

There are six key types of good behaviour that we are entitled to expect from our elected representatives:

In summary, the structures undermine good government because:

The systems undermine good government because:

The behaviour of some members undermines good government because:

How can it be improved?

It is easy for me to analyse and describe these issues – it is my job. The challenge from my friends to my analysis is ‘OK, we know all that – now tell us how things can be improved’.

The answer is ‘it can be done’. It will not be easy but it is certainly possible.

Do we believe that change is possible?

Before we can change anything we need a broad consensus that change is both necessary and possible. The current situation may suit some islanders and others may truly believe that nothing better can be devised. Because of Covid-19, we may now have reached a tipping point, where more people buy in to the need for change and are ready to contribute to bringing it about.

The pandemic emergency has demonstrated the extraordinary strength and resilience of the community of Alderney. The capacity of the community for selfless actions and mutual support has always been evident. Voluntary effort underpins many aspects of island life. But we cannot go it alone. There is only so much we can do for ourselves. We need the support of Guernsey to survive and thrive.

This pandemic has demonstrated just how much we all do need each other and our relationship with Guernsey has changed. We have looked to Gavin St Pier, Heidi Soulsby and Dr Nicola Brink for leadership. They did not choose to be thrust into such critical roles in a crisis but they have risen to the occasion in a quite remarkable way. Day after day, all of our key public service professionals on the island have worked closely with their counterparts in Guernsey. This combination of leadership, partnership and professionalism has kept us safe and managed the outbreak in Guernsey in an exemplary way. We should look at ways of building on these strong relationships to support our recovery, not retreat into old ways of thinking.

Can we talk about how things could change?

Making any change to the structures of government would require technical, legal and moral support from the UK Government and the States of Guernsey. It would also require the involvement of islanders in mature and sensible discussions to find the best (or even the least worst) acceptable solutions. It would be a disaster if some people immediately took up entrenched positions in favour of, or in opposition to, any particular model. It would be divisive, emotionally exhausting and pointless to have another FAB-type debacle.

There are many possible models of governance that could work for Alderney. They range from incremental change to radical redesign:

There are many options, and I am not endorsing any one but choices can only be made if we engage in dialogue and build consensus.

What could we do next?

We could ask all those with responsibility for the wellbeing of Alderney – the Ministry of Justice, the Lt-Governor and the States of Guernsey, to work together to provide independent advice and support to the people of Alderney, to explore the options for improving the effectiveness and reducing the cost of its government.

Change takes time. So it is important to think now about how to improve the current government in the short term.

We do not need lots of election manifestos. They have proved largely worthless in the past. We just need evidence that the candidates are committed to improving things, will act with integrity and in the interests of the whole island.

Alderney is a small community and we can make our own judgements about the behaviour exhibited in our government. We know who is abusive, who tries to bully people, who uses their role to feed their ego, who is manipulative or tells lies or supports the interests of their friends against those of the whole community. We also know who is hard-working, truthful and sober.

It really is our choice.

Professor Catherine Staite LLB, MBA, FRSA is a researcher, consultant and coach who specialises in leadership, governance and coaching support for senior politicians and managers.

She has held a range of roles including director of the Institute of Local Government Studies and director of public service reform at the University of Birmingham, director of the Office for Public Management, assistant director at the Audit Commission, director of organisational development for Bradford Community Health Trust, and chief executive of North Humberside MIND.