BAT BOYS, flying pigs, Mary Poppins and an entry called 'the Hangover Cure' were among the daring souls braving a 15ft jump into Braye Bay yesterday as the Manpowered Flight contest took off in Alderney. 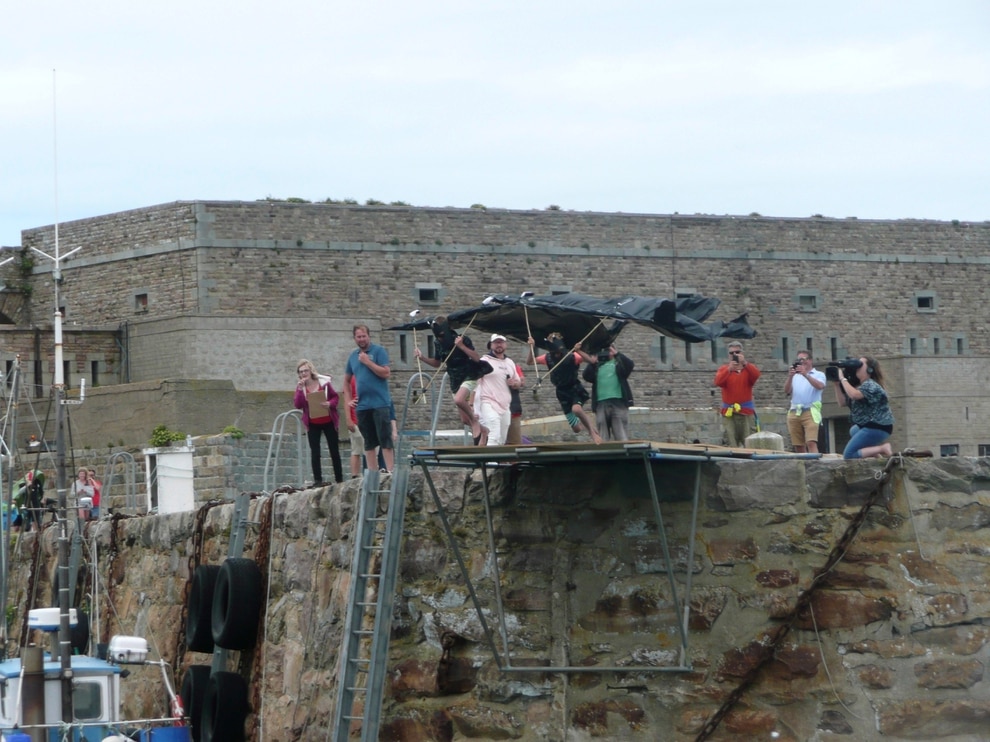 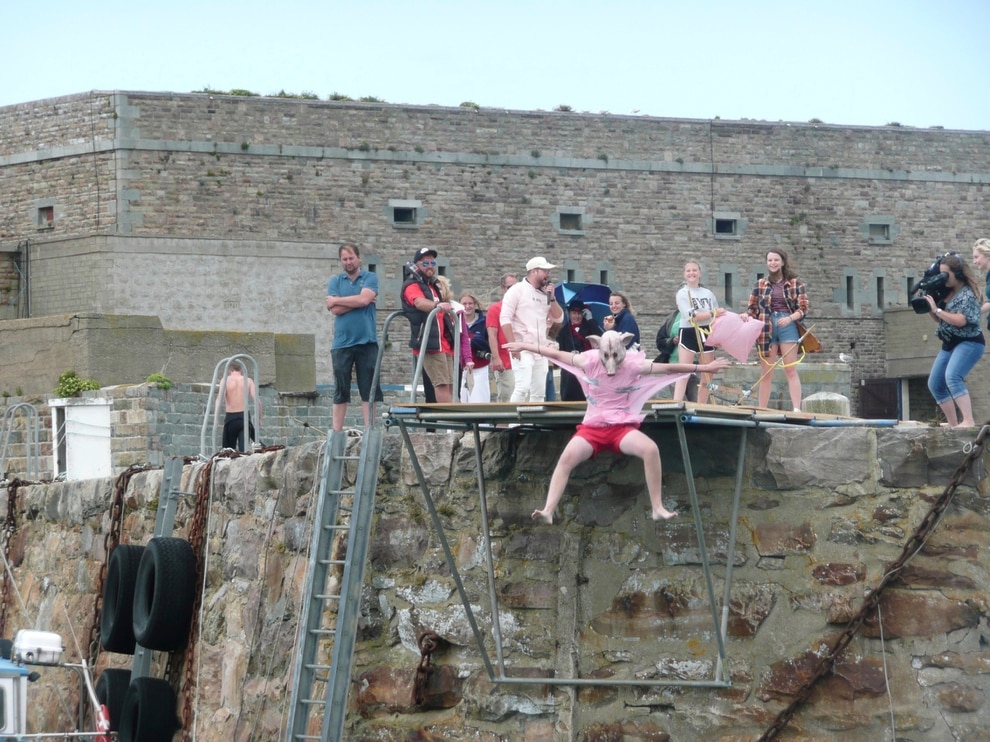 A total of 10 teams and individuals took the plunge helped by nothing but a wing – mainly constructed from bin bags and lengths of plywood – and a prayer at what is one of Alderney Week's most enduringly popular events.

Heidi Dawber, 11, was up first, optimistically setting out with only an umbrella to provide an upward thrust.

It was her first time but, she explained, in the local tradition she had jumped off Douglas Quay – also known as 'the Duggie' - dozens of times, giving her some indication of what to expect.

'My friends did it last year and said it was lots of fun so I thought I'd have a go,' she said. 'Jumping off is a bit nerve wracking because you didn't know what was under you. The water wasn't too cold though.'

Overall winners were an entry called the Very Hungry Caterpillar (Who Turned Into A Butterfly). It comprised of a four-strong team of friends and family from Alderney and Australia.

It was a first time jump and the first time in Alderney for nine-year-old Juliette Walters, who was taking part with her father Leigh, both from Brisbane.

'We only got here on Saturday night so it's all been a bit of a rush,' said Juliette. 'But if felt good – I want to do it next year.'

'We're used to warmer water, so the temperature was a bit of a shock,' said Mr Walters. 'It certainly got rid of the jet lag.'

The number of entries was down on last year's 17 but organisers were pleased that so many people were tempted to construct their own flying machine on the day at the Scrapheap Challenge, where materials are provided.

Contestants also had to battle against strengthening wind. Gusts of up to 51mph are forecast for the early hours of Saturday morning and the

150 or so visitors staying at Saye Campsite are preparing to evacuate ahead of the strong weather.

News from the Islands News Alderney