The Home Secretary was the only senior Cabinet minister not to be invited to the dinner at Buckingham Palace.

Home Secretary Sajid Javid has said he is baffled by his exclusion from the state banquet for Donald Trump during last week’s state visit by the US president.

Mr Javid – one of the contenders for the Tory leadership – said he has still not received a proper explanation as to why was the only senior Cabinet minister not to be invited to the dinner at Buckingham Palace.

“I don’t know. I have asked. I was just told that normally home secretaries aren’t invited. So I don’t know,” he told BBC Radio 4’s Today programme.

Mr Javid has previously criticised Mr Trump after he tweeted his support for the right-wing Britain First group.

He responded that the president was endorsing the views of “a vile, hate-filled racist organisation that hates me and people like me”.

Asked if he thought his exclusion was due to his Muslim background, Mr Javid said: “I am not saying that at all. I really don’t know.”

While Amber Rudd was asked to the dinner held for the King and Queen of Spain in July 2017, Theresa May was not invited to those staged during the visits of the Chinese and Mexican presidents in 2015.

Mr Javid did meet and speak briefly with Mr Trump during the D-Day commemorations in Portsmouth on the final day of his visit.

During the course of his stay, the US president renewed his long-running feud with London Mayor Sadiq Khan – who also comes from a Muslim background – branding him a “stone cold loser”.

Asked if Mr Javid should have been invited to the state banquet with the US President, Transport Secretary Chris Grayling said: “I do not know how the invitation list was drawn up and certainly not every Cabinet minister was invited.

“I wasn’t invited. Last time Mr Trump came, at the dinner at Blenheim, I was invited. It is not the case that every minister gets invited to every dinner.”

He added: “I wasn’t involved in the list, what I do know is that whenever a state banquet happens some ministers go and some don’t. There’s nothing unusual about that.” 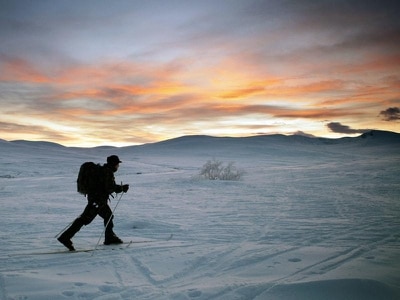 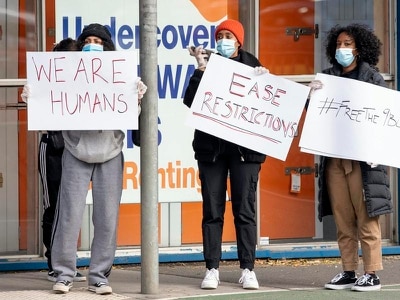 Anger over resumption of lockdown measures in Melbourne