The action came on the fourth day of environmental protests calling for urgent action on climate and wildlife crises.

Extinction Rebellion activists including an 83-year-old man have been arrested amid demonstrations aimed at shutting down a London airport.

A flight from London City Airport to Dublin was delayed when a protester on board stood up just as the plane was due to take off and began to deliver a lecture on climate change.

And 83-year-old Phil Kingston was among those arrested as hundreds of people blocked the main entrance for passengers – the third time he has been arrested as part of Extinction Rebellion protests in the past week.

The activists are attempting a three-day “Hong Kong-style occupation of the terminal building” to highlight what they claim is the “incompatibility” of the east London airport’s planned expansion with meeting the Government’s legally binding commitment to cut emissions to net-zero by 2050.

An activist who gave her name as Claire, 51, told the PA news agency: “I don’t know what’s going to happen over the next few hours, but I do know that a number of people have come here, City Airport, today to make the statement that there are many areas of our lives that are going to have to change because of the climate crisis we’ve created, and one of them is flying.

“We can’t carry on with life, with business as usual,” she said.

Claire said she had not made up her mind about whether she would allow herself to be arrested, but was later led away by police officers.

“We continue to work closely with the Metropolitan Police to ensure the safe operation of the airport, which remains fully open and operational.”

But one flight to Dublin was delayed when an activist staged an on-board protest as the plane was due to take off.

BBC Newsnight political editor Nicholas Watt, who was on the flight, tweeted to say that a “smartly dressed man in late middle age” stood up to deliver a lecture on climate change in the aisle, and politely declined to take his seat when asked to by cabin crew.

Elsewhere at the airport, activists continued to cause disruption outside the terminal, as several sat down on the zebra crossing, blocking traffic going in and out of the passenger drop-off zone.

Cars and buses were backed up in both directions before the demonstrators were cleared from the roads by police.

It is the latest wave of Extinction Rebellion protests which are taking place for a fourth day in the capital, calling for urgent action to tackle climate change and wildlife losses.

Roads around Parliament and Whitehall remained closed to traffic apart from cyclists amid a heavy police presence, with protesters camped in Trafalgar Square and nearby St James’s Park.

A total of 800 people had been arrested in connection with the protests by Wednesday night, the Metropolitan Police said. 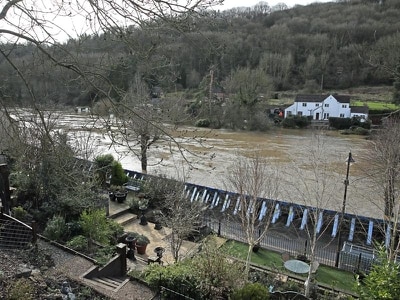