An RAF engineer was killed in the incident in North Wales in March last year.

The Service Inquiry Panel (SIP) found that distraction may have directly influenced the actions of Flight Lieutenant David Stark during the incident on March 20 last year.

He survived after ejecting from the plane but RAF engineer Corporal Jonathan Bayliss, 41, remained on board and was killed in the crash at the air force’s fighter pilot training ground in North Wales.

During the training manoeuvre, the plane stalled and crashed near the runway as it was flying too low to recover.

Flight Lieutenant Stark was described by the panel as an experienced pilot who was familiar with the exercise he was conducting.

The inquiry found that he generally worked from 7.30am until 5.30pm and his routine did not include “sufficient time for rest”, which was a contributory factor in the crash.

It noted that he was distracted by an air traffic control call asking him to confirm the aircraft’s landing gear was down shortly before the accident.

The pilot’s actions make it “very likely” he was suffering from reduced situational awareness, the report said.

The panel concluded: “At the critical moment of the sortie he may not have recognised the associated hazards as the situation developed.”

It added that the pressures felt by Red Arrows pilots were “exacerbated by resource constraints” and the “shortfall” in engineering and air safety personnel could lead to a future incident.

The inquiry found that Flight Lieutenant Stark ejected half-a-second before the crash “following the dramatic realisation that the aircraft would impact the ground”, and there was not enough time for him to properly warn the engineer.

Corporal Baylis was born in Dartford, Kent, and worked at the Brands Hatch motor racing circuit before joining the RAF in 2001.

As an engineer with the Red Arrows, he supported the team in tours of China, the Middle East and Europe.

In early 2018 he was promoted to the Circus team, a small group of highly trained engineers who travel with the aircraft and provide technical support away from its base. 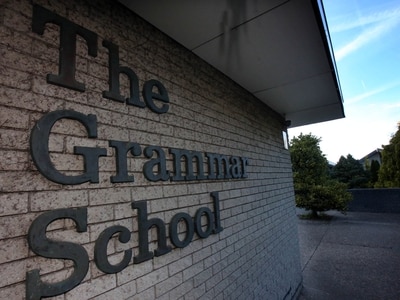