The PM has urged European football’s governing body to hand out tough penalties after the abuse from Bulgaria fans.

Boris Johnson has commended the England team for their “tremendous dignity” in dealing with the “vile” racist abuse during their match against Bulgaria as he called on Uefa to conduct a swift investigation resulting in tough penalties.

The Prime Minister said European football’s governing body must “face up to facts” in order to root out the blight on the sport which is not being adequately targeted.

The team and backroom staff were subjected to abuse including racist chanting at various stages of the Euro 2020 qualifier in Sofia on Monday night, as England responded with a 6-0 win.

England captain Harry Kane called for “stronger punishments” for racism following the match’s two stoppages and a threat to abandon the game in line with Uefa’s anti-prejudice protocols.

Uefa opened disciplinary proceedings against Bulgaria, levelling charges against its football union including racist behaviour, throwing objects and disruption of a national anthem.

The last allegation was also directed at the English Football Association (FA).

The president of the Bulgarian Football Union, Borislav Mihaylov, resigned reportedly after being ordered to do so by Bulgarian Prime Minister Boyko Borissov.

Downing Street made it clear that Uefa must step up its efforts to drive out racism from the sport.

Asked about the abuse, the Prime Minister’s official spokesman said: “The racism we saw and heard last night was vile and has no place in football or anywhere else.

“Uefa need to face up to facts. This stain on football is not being adequately dealt with. Racism and discrimination must be driven out of football once and for all.

“We support the FA’s calls for an urgent investigation with tough penalties to follow.”

Uefa’s three-step protocol would have allowed officials to take the teams off for a break in play as a second measure – before ultimately taking the final step of abandoning the game.

But England decided at half-time to play the remainder of the match.

Afterwards, Kane echoed the view of FA chairman Greg Clarke in questioning whether being given three chances is the right way to punish offenders.

“It is unacceptable to be racist once so I feel there can be stronger punishments and protocols but from our point of view as a team, we stuck together, showed unity and did what we had to and that is the most important thing,” the captain said.

Sports minister Nigel Adams wrote to Uefa president Aleksander Ceferin calling for “tough action” against the racism, urging for the body to make clear that consequences of failing to tackle the issue “will be severe”.

For Labour, shadow sports minister Rosena Allin-Khan told the House of Commons that the “abuse must be stamped out”, adding: “Stadium bans are a must, forfeiting matches and expulsion from tournaments must not be ruled out.

“Enough is enough, the time to act is now.”

Mr Adams replied that “Uefa should rule nothing out in terms of sanctions”.

Mr Borissov derided the scenes, saying: “It is unacceptable that Bulgaria, which is one of the most tolerant states in the world and where people of different ethnic and religious background peacefully live together, should be associated with racism.”

Mr Mihaylov had written to Uefa ahead of the match criticising England players for speaking about the potential for racist abuse, calling it an “unjust branding” of Bulgarian supporters.

Silly walks harks back to 1970 for light-hearted lockdown fun 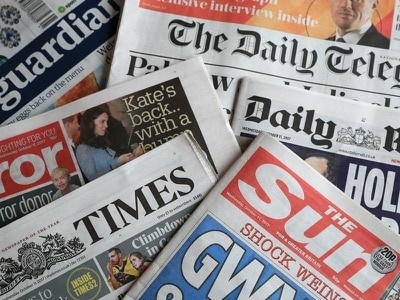