No Brexit breakthrough deal to emerge on Wednesday as talks continue

The focus now shifts to the crunch EU summit on Thursday.

The chances of a Brexit deal breakthrough received a setback as it became clear that an agreement would not be announced on Wednesday.

After a day of political drama when it appeared a deal was close to being struck, Government sources told the PA news agency that an agreement was not imminent, but talks would continue.

The move comes as Prime Minister Boris Johnson heads for a crunch summit of EU leaders in Brussels on Thursday.

In a day of sharp political twists and turns, the PM could take some comfort from the stance of arch-Brexiteer Conservative MP Steve Baker.

After a meeting in Downing Street, the chairman of the pro-Brexit European Research Group (ERG) told Sky News: “We have made great progress in our discussions with Number 10.

“We know there will be compromises, but we will be looking at this deal in minute detail, with a view to supporting it.

The Prime Minister’s official spokesman said Mr Johnson had on Wednesday afternoon updated his Cabinet, which gave its “full support” to getting a deal ahead of the summit after a “positive discussion”.

During a brief address to the 1922 Committee of Tory backbenchers, Mr Johnson compared the situation to climbing Mount Everest, according to MPs who attended.

Referring to the Prime Minister, leading Brexiteer Mark Francois said: “He said, ‘We are not quite at the summit, we are at the Hillary Step’.

“‘The summit is not far but at the moment there is still cloud around the summit’.”

Before the chances of an agreement being secured on Wednesday faded, French President Emmanuel Macron said that he wants “to believe that a deal is being finalised”.

Brexit Secretary Stephen Barclay confirmed that Mr Johnson will write a letter asking for an Article 50 extension if no deal is in place by Saturday, something the Prime Minister has repeatedly ruled out.

DUP leader Arlene Foster moved to reject a suggestion that her party had accepted the latest proposals in the deal regarding Northern Ireland consent issues.

She tweeted: “Discussions continue. Needs to be a sensible deal which unionists and nationalists can support.”

Saturday is a key date for the Prime Minister, with the Benn Act passed by MPs trying to prevent a no-deal Brexit stating he must write to Brussels asking for a delay if Parliament does not agree to a deal by then.

The Brexit Secretary reiterated that the Prime Minister would write to Brussels asking for an Article 50 extension, as previously revealed in documents submitted during a Scottish court challenge.

“I can confirm, as the Prime Minister has repeatedly set out, that firstly the Government will comply with the law, and secondly it will comply with undertakings given to the court in respect of the law,” he said.

Mr Barclay confirmed that the Government “will abide by” what is set out in that letter, following fears the Prime Minister could try to scupper an extension with a second contradictory letter or request to a member state to block an extension.

If Mr Johnson succeeded in bringing a deal home to the UK, he would then face a battle to do what Theresa May failed to do three times and get it approved by Parliament.

Pressure to sign off on a draft agreement is peaking.

A legal text needs to be published ahead of the summit if the EU27 are to consider ratifying the Withdrawal Agreement at the two-day event.

Their approval would allow Mr Johnson to put the deal to MPs in a proposed extraordinary sitting of Parliament on Saturday, between 9.30am and 2pm.

The Government was to table a motion on Wednesday to ask Parliament to back the sitting, the first on a Saturday for 37 years.

During the weekend session, MPs would be able to back or reject any deal presented to them, or discuss what to do next in the Brexit saga. 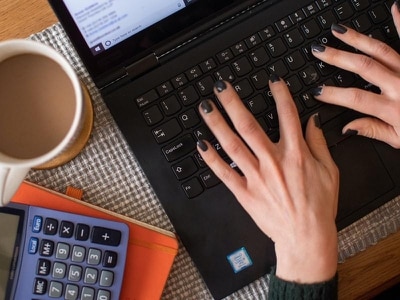 Mothers ‘take on more housework and childcare than fathers’ during lockdown