The Prince of Wales will lay the first wreath on behalf of the Queen, who will watch the service from a nearby balcony.

The Royal Family will lead the nation in paying respects to its war dead at the traditional wreath-laying service at the Cenotaph on Remembrance Sunday.

Political leaders, including Prime Minister Boris Johnson and Labour’s Jeremy Corbyn, will take a break from election campaigning to attend the service at the memorial on Whitehall in central London.

Hundreds of armed forces personnel will also be present at the occasion, alongside Cabinet ministers, religious leaders and representatives of Commonwealth nations.

Buglers of the Royal Marines will sound the Last Post before wreaths are laid at the Cenotaph by members of the royal family, politicians, foreign representatives and senior armed forces personnel.

The Prince of Wales will lay the first wreath on behalf of the Queen, who will watch the service from a nearby balcony.

The Duke of Cambridge and the Duke of Sussex will follow their father in laying wreaths, while their wives will also watch the ceremony from balconies.

Five former prime ministers – Sir John Major, Tony Blair, Gordon Brown, David Cameron and Theresa May – are also due to be in attendance.

After wreaths are laid, the Bishop of London, Dame Sarah Mullally, will lead a service of remembrance which will end with trumpeters of the Royal Air Force sounding Rouse (Reveille).

Following the ceremony, thousands of veterans and servicemen and women will march past the Cenotaph to pay their respects to those killed in past and present conflicts.

In a video released on his Twitter account before the ceremony, Mr Corbyn paid tribute to the work of the Armed Forces both current and throughout history.

He said: “We remember the many brave people from Britain and all across the world who put their lives on the line making huge sacrifices in two world wars which cost the lives of millions, and in all other conflicts since.

“And we stand together to say: Never again.” 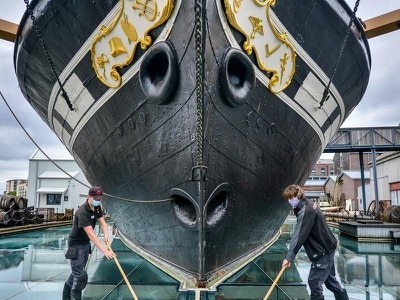