What the papers say – November 20

The papers are led by reaction to the televised verbal tussle between Prime Minister Boris Johnson and opposition leader Jeremy Corbyn.

The i newspaper says the debate saw “Insults fly” while the Financial Times says Mr Johnson survived a “hazardous duel” with Mr Corbyn, according to a snap YouGov poll also covered by The Times which showed a narrow win for the PM.

The Daily Mail characterises Mr Corbyn’s performance as “laughable”, The Guardian reports the debate saw the pair “stake their ground”, and the Daily Express says the opposition leader avoided a question on Brexit nine times.

Away from the debate, The Independent says dozens of babies and three mothers have died at Shrewsbury and Telford Hospital Trust since 1979, which it calls the “Largest scandal in NHS history”, in a story also featured on the front of Metro.

The Daily Mirror says there have been calls for the notebooks kept by royal protection officers assigned to the Duke of York to be released by Scotland Yard.

And the Daily Star quotes actor Christopher Biggins as saying the “PC brigade” had led to entertainers The Krankies no longer performing in pantomime. 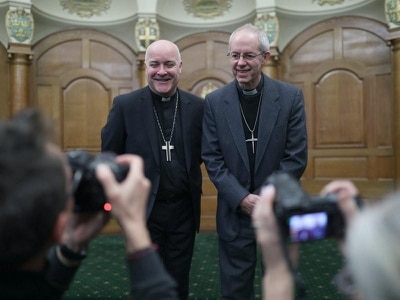