Relatives of Usman Khan said they were shocked at his actions and express condolences to his victims.

The family of Fishmongers’ Hall attacker Usman Khan has said they are “shocked and saddened” by the atrocity and “totally condemn” his actions.

In a statement, they expressed their condolences to the families Jack Merritt, 25, and Saskia Jones, 23, who were killed in the attack on Friday, and to those who were injured.

It read: “We are saddened and shocked by what Usman has done. We totally condemn his actions and we wish to express our condolences to the families of the victims that have died and wish a speedy recovery to all of the injured.

Leanne O’Brien posted the message on Facebook after Mr Merritt’s father David attacked politicians for using his son’s death “to perpetuate an agenda of hate”.

She wrote of her boyfriend: “My love, you are phenomenal and have opened so many doors for those that society turned their backs on.”

The Cambridge University graduates were stabbed to death by Khan, a 28-year-old convicted terrorist, during a prisoner rehabilitation event they were supporting at London’s Fishmongers’ Hall.

“I and several others tried to stop a man from attacking people inside the building,” he said in a statement.

“I did this using a pole I found.

“The man attacked me, after which he left the building.”

Khan, who was armed with two knives and wearing a fake suicide vest, was tackled by members of the public, including ex-offenders from the conference, before he was shot dead by police.

Two other people who was injured remain in a stable condition in hospital.

Miss Jones, a volunteer on the programme from Stratford-upon-Avon, Warwickshire, was described as having “great passion” for providing support to victims of crime by her family.

In a statement they said: “She was intent on living life to the full and had a wonderful thirst for knowledge, enabling her to be the best she could be.” 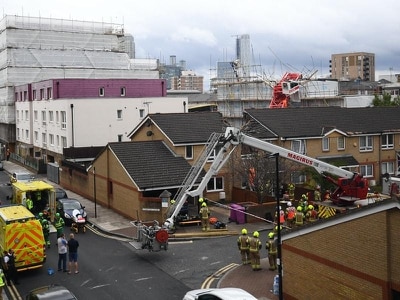