Serial sex attacker Joseph McCann is facing life behind bars for a string of horrific attacks on 11 women and children.

Convicted burglar McCann, 34, had been freed after a probation service error, two months before he embarked on a cocaine and vodka-fuelled rampage.

Over 15 days, he abducted, raped and assaulted victims aged between 11 and 71 in Watford, London and the North West.

He allegedly used a “support network” across the country to evade police, despite being identified as a suspect on the day of his first attack.

McCann, who had addresses in Aylesbury and Harrow, refused to attend his Old Bailey trial and hid under a prison blanket rather than give evidence.

It was claimed on his behalf that the women he was accused of molesting had consensual sex, but that was dismissed as “ludicrous” by victims.

On Friday, the jury deliberated for five hours to find him guilty of 37 charges relating to 11 victims, including eight rapes, false imprisonment and kidnap.

The woman named her attacker to police, and McCann’s details were put on the Police National Computer and a prison recall was issued.

But McCann remained at large and on April 25 he abducted a 25-year-woman in Walthamstow, and subjected her to a 14-hour rape ordeal.

Hours later, he was caught on CCTV bundling another young woman into his car in north London, as her sister ran off screaming.

They escaped in Watford, after the 25-year-old hit McCann over the head with a vodka bottle.

The Metropolitan Police circulated a CCTV image of McCann in Watford and received a tip-off with his name following a public appeal.

On May 5, McCann tricked his way into the home of a woman he met in a bar in Greater Manchester, tied her up and molested her children, aged 17 and 11.

The teenage girl, who described McCann as “evil”, jumped out of a first-floor window to alert police.

Later that day, McCann pounced on a 71-year-old woman. He raped her, and abducted and assaulted a 13-year-old girl in her car, before they got away.

As police closed in, McCann forced two 14-year-old girls into the car by threatening to “chop them up” with a machete.

He was captured on CCTV buying condoms at a service station before he was spotted by a patrol car, which gave chase.

McCann drove the wrong way on a roundabout and crashed into a Mercedes before making off on foot, leaving the “terrified” girls behind.

The violent offender later told police: “If you had caught me for the first two, the rest of this wouldn’t have happened.”

Following the verdicts, the Probation Service issued an “unreserved” apology for a blunder which led to McCann’s release in February, half way through a three-year sentence for burglary.

A probation officer was demoted after a Ministry of Justice review found McCann should have been immediately recalled to jail for an earlier offence.

Four men and two women have been arrested on suspicion of assisting McCann, and released under investigation.

Arrangements have been made for the defendant to appear in court, or via video link. 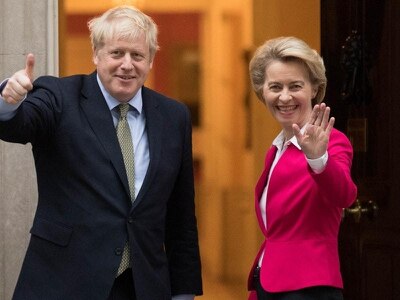