The Prime Minister said whilst his party are currently “not planning to get rid of all TV licence fees”, he is “certainly looking at it”.

Boris Johnson has said he is “looking at” abolishing the BBC licence fee.

The Prime Minister said that while the Tories were currently “not planning to get rid of all TV licence fees”, the current system “bears reflection”.

After being asked whether he would abolish TV licences altogether, Mr Johnson replied: “Well, I don’t think at this late stage in the campaign I’m going to make an unfunded spending commitment like that, but what I certainly think is that the BBC should cough up and pay for the licences for the over-75s as they promised to do.

“But at this stage we are not planning to get rid of all TV licence fees, though I am certainly looking at it.”

He said: “But you have to ask yourself whether that kind of approach to funding a TV, a media organisation still makes sense in the long-term given the way other organisations manage to fund themselves – that’s all I will say.

“I think that the system of funding by what is effectively a general tax, isn’t it, everybody has a TV, it bears reflection – let me put it that way.

“How long can you justify a system whereby everybody who has a TV has to pay to fund a particular set of TV and radio channels – that is the question.”

Mr Johnson later told reporters the BBC “is not going to be privatised” while also outlining how decriminalisation of non-payment of the licence fee was under consideration.

He said: “We’re looking at what we can do, the possibility of decriminalising, it’s part of the options to be considered.”

In their manifesto, the Conservatives said they “recognise the value of free TV licences for over-75s and believe they should be funded by the BBC”.

They have also pledged to “keep other pensioner benefits” which ensure older people have the security and dignity they deserve.

Labour have promised to keep free TV licences for over-75s if they win power in the upcoming election.

Both the BBC and the Government have been criticised over the announcement in June that free licences to all people aged over 75 were being scrapped.

In response to Mr Johnson’s comments, shadow digital, culture, media and sport secretary Tom Watson said: “This is a pathetic attempt by Boris Johnson to distract from his refusal to even look at the picture of a four-year-old boy forced to sleep on a hospital floor.

“We already know that Boris Johnson is a danger to our NHS.

“His comments today reveal that he will threaten the very existence of another of Britain’s great institutions, the BBC, by scrapping its funding mechanism.

“This is on top of the cruel decision to strip over-75s of their free TV licences.

“An extreme Johnson government will damage everything that is good about this country. The only way to stop that is to vote Labour on Thursday.”

A BBC spokesman said: “As we’ve said before, the licence fee ensures a universal BBC which serves everyone, is the most popular funding system among the public and is agreed as the method of funding the BBC for another eight years.”

Mr Johnson’s relationship with broadcasters has been tested during the election campaign.

Earlier in the campaign, a Conservative source suggested the party may review Channel 4’s public service broadcasting position after it replaced the Prime Minister with an ice sculpture when he refused to take part in a climate change debate.

Mr Johnson insisted he wanted an “unbridled” media after Labour accused the Tories of wanting to “restrict the free press” by threatening Channel 4.

The party also made a formal complaint to broadcasting watchdog Ofcom’s election committee over what it said was “a provocative partisan stunt, which would itself constitute making a political opinion in its own right”.

Ofcom decided that Channel 4 did not breach impartiality rules and decided not to investigate the complaint.

Last week, the BBC’s broadcasting veteran Andrew Neil issued a direct challenge to the Prime Minister at the end of his fourth party leader interview to take part in a sit-down interview with him before Thursday’s election.

Sam Packer, media campaign manager at the TaxPayers’ Alliance, which has led the Axe The TV Tax campaign to scrap the licence fee, said: “Boris is right to see the way the wind is blowing and look at axing the TV tax.

“The licence fee is a hangover from a past media age, before the advent of streaming services and catch-up telly. It’s high time that politicians acknowledged the problems in the system and put a stop to this annual poll tax, bringing the BBC model into the 21st century.” 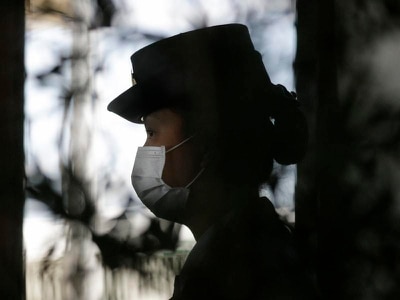