But the BMA said the reported plan was a ‘half measure which would not fix the fundamental problem’.

Thousands of high earners could end up being given a tax break as part of efforts to get doctors to take on more shifts, it is being reported.

The Treasury has refused to comment on a Times report that it is preparing to give tax relief on pension contributions worth hundreds of millions of pounds to all people earning more than £110,000 a year.

The move would be designed to tackle the issue of doctors turning down work because taking on extra hours can see them hit with an increased tax bill.

The issue has been blamed for an increase in NHS waiting lists, but the doctors’ union the British Medical Association said the “half measure” reportedly being planned by the Treasury “does not fix the fundamental problem”.

This has landed some senior NHS consultants with unexpected tax bills of tens of thousands of pounds, prompting some to opt to work fewer hours.

The Times reported that the Treasury plan would involve raising the threshold from £110,000 to £150,000, a move that could reportedly free up 90% of consultants to take on extra shifts.

But the tax break would apply to all high earners, not just those in the health sector.

And Dr Vishal Sharma, chair of the BMA’s pensions committee, said: “It does not fix the fundamental problem of doctors being forced to limit the work they do to prevent being hit with significant charges on their pensions and many will still in effect be paying to go to work.”

He said the move could see a “deplorable” situation in which “talented clinicians avoid seeking leadership or educational roles” to avoid pension tax bills.

“Doctors and our patients desperately need an immediate solution that is simple and solves the problem completely – the NHS cannot cope with further half-measures,” added Dr Sharma.

All workers start with a tax-free annual pension allowance of £40,000 but, when earnings hit the £110,000 mark, for every additional £1 earned above the threshold, 50 pence is taken off the allowance. This continues until the tax-free allowance stands at £10,000 for the year.

The BMA said due to the NHS system for working out pension contributions, some junior doctors and consultants who take on more hours or extra responsibilities only find out at the end of the tax year that they have crossed the limit and find themselves lumbered with a hefty tax bill.

“If you had a lower limit for everybody, that would be so much clearer and everyone would know where they stood,” he added.

The Prime Minister’s official spokesman said: “We have said we are reviewing the pensions annual allowance taper to ensure doctors aren’t turning down extra shifts for fear of high tax bills.”

If the Treasury does decide to introduce new measures in a bid to solve the problem, an announcement is expected to be made by Chancellor Sajid Javid in the Budget on March 11. 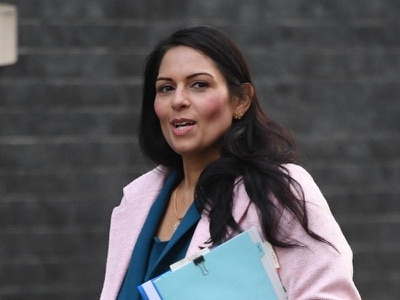