Sir Philip Rutnam, the top civil servant at the Home Office, has quit his post and launched a blistering attack on Home Secretary Priti Patel.

He said he had been the target of a “vicious and orchestrated briefing campaign” which he accused Ms Patel of orchestrating.

In a statement released by his lawyers, Sir Philip said: “The Home Secretary categorically denied any involvement in this campaign to the Cabinet Office.

“Even despite this campaign I was willing to effect a reconciliation with the Home Secretary.

“I believe these events give me very strong grounds to claim constructive, unfair dismissal and I will be pursuing that claim in the courts.”

The resignation bombshell comes after simmering tensions between Ms Patel and her Permanent Secretary boiled to the surface last weekend with various reports about a rift between the two.

Sir Philip made light of those reports when he appeared at a police summit in London on Thursday, saying: You probably have already heard a great deal more about permanent secretary’s in the last few days than you ever expected to.”

But he made clear his anger in his statement on Saturday, which he read to the BBC outside an address in north London.

He said he took the decision to quit “with great regret after a career of 33 years” and said he would be issuing a claim against the Home Office for constructive dismissal.

Dave Penman, general secretary of the FDA, the senior public servants’ union, said Sir Philip’s treatment “demonstrates once again the destructive consequences of anonymous briefings against public servants who are unable to publicly defend themselves.”

He added: “This cowardly practice is not only ruining lives and careers, but at a time when the Home Office is being tasked with delivering a demanding Government agenda on immigration, and preparing for a public health emergency, it has diverted energy and resource in to responding to unfounded accusations from sources claiming to be allies of the Home Secretary.”

He said Sir Philip “had a choice to resign and go quietly with financial compensation. Instead he has chosen to speak out against the attacks on public servants.

“I know many thousands of his colleagues will recognise the courage and integrity he is showing in doing so and will applaud his decision.”

And he added: “Only the Prime Minister can put a stop to this behaviour and unless he does so, he will have to accept his own responsibility for the consequences.”

The reports of feuding at the top of the Home Office prompted the head of the civil service Cabinet Secretary Sir Mark Sedwill to tell all civil servants on Monday that advice they provide for ministers and “any debates” around it should remain “private”.

But amid growing concern within Whitehall about the treatment of civil servants, that move went down among staff “like a cup of cold sick”, according to one source who spoke to the PA news agency about it.

One report suggested Ms Patel had tried to move Sir Philip from her department after they had a series of rows.

Ms Patel expressed concern at the “false” claims while allies described her as a “demanding” boss but not a bully.

The Government also denied claims that MI5 chiefs do not trust Ms Patel and were limiting intelligence sharing as a result.

The swirl of reports about turmoil in the Home Office prompted Downing Street to insist on Monday that the Prime Minister has “full confidence” in Ms Patel.

But the resignation of Sir Philip is likely to intensify criticism of the Home Secretary and put renewed focus on the drive by the PM’s chief adviser Dominic Cummings to shake up the civil service.

Labour MP Stephen Doughty, a member of the Commons home affairs committee during the last parliament, called on the Home Secretary to “explain herself” as soon as possible to MPs.

“Chaos at the Home Office when it’s supposed to be delivering highly controversial policies,” he said.

“It is vital that Priti Patel comes to explain herself at the Commons home affairs committee ASAP.” 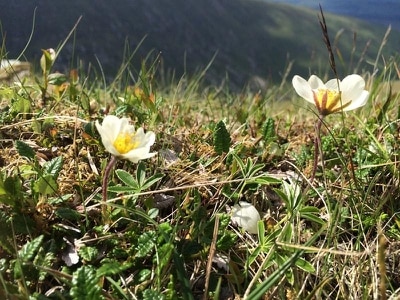