NHS workers given round of applause and flowers by Tesco staff

The gesture appears to have taken place at shops across the UK.

NHS healthcare workers have received a round of applause and flowers from staff at Tesco in a nod to their work during the coronavirus outbreak.

Tesco told the PA news agency that staff at stores across the country independently decided to make the gesture as part of the NHS hour it introduced today.

The new measure, introduced after some workers found shelves emptied by stockpiling, allows healthcare workers to arrive one hour before the usual store opening times every Sunday to buy supplies.

Workers in Belfast were greeted with a warm reception at the Tesco Extra on Knocknagoney Road, in a gesture which appears to have been mirrored by various outlets across the UK.

The footage has been shared widely on social media after being filmed by Tesco worker Michaela Osborne – who posted it to Facebook with the caption: “Showing our appreciation for our amazing NHS staff.”

Elsewhere many more similar stories were shared from Tesco stores in Llansamlet, Swansea, Kidsgrove in Staffordshire and Twickenham in London among others.

Sharing an image of one of the bouquets, the Hounslow and Richmond Community Healthcare NHS Trust tweeted: “A huge thank you to
Tesco and other stores who have opened this morning for #NHS staff.

“NHS workers were handed flowers at Twickenham Extra and the staff gave everyone a round of applause.

“And the lovely Sheila from our Immunisations team led a round of applause for Tesco staff who are all working so hard for everyone affected by the pandemic.”

In a statement on its new Sunday opening policy, Tesco said: “We know that those working for the NHS may be finding it hard to find time to shop for their groceries at the moment.

“They can come to our large stores one hour before the usual store opening time every Sunday, and will be able to browse the store and select their shopping before the checkouts open.

“All we ask is that they bring a form of ID with them to store, such as an NHS staff card.” 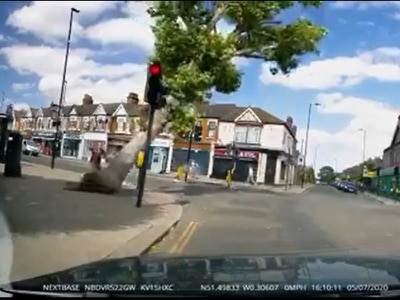