The group said UK and Ireland like-for-like electrical sales raced 35% higher in the three weeks to March 21, including a 72% jump in online trade.

Retailer DixonsCarphone has revealed that electrical sales soared by more than a third in recent weeks as Britons raced to buy laptops and televisions to prepare for the coronavirus lockdown.

The group said UK and Ireland like-for-like electrical sales raced 35% higher in the three weeks to March 21, including a 72% jump in online trade as shoppers increasingly shunned stores.

It saw surging sales of equipment for home working, such as laptops and printers, as well as TVs and gaming consoles, while fridges, freezers and kitchen appliances were also in high demand.

Dixons – which last week announced it was axing its 531 network of Carphone Warehouse standalone stores – posted a 10% hike in overall UK and Ireland electrical sales over the 11 weeks to March 21, with total sales up 4% including its international arm and struggling mobile business.

While all its stores have been closed since March 24, it said it has been seeing “very strong” online trading, which is helping offset the lost store trade.

But it said the closed stores had been expected to contribute around £400 million of sales for the rest of the year and warned that, even with the online boost, annual profits would miss forecasts.

“Early signs are that this strong trading has continued since stores closed and will help to compensate for lost store sales.”

It added that it has been taking “additional steps to protect colleagues as we work to satisfy high customer demand for essential technology products and services”.

The update comes after it last week announced 2,900 job losses with the closure of Carphone Warehouse stores.

It said at the time that the move was not due to the coronavirus crisis and was aimed at helping to turn around its loss-making UK mobile business.

The firm’s most recent sales figures showed UK and Ireland mobile sales tumbled 15% in the 11 weeks to March 21 and were down 24% in the final three weeks. 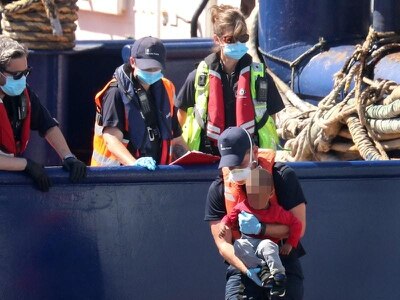