The self isolation will not apply to people coming from Ireland, medics tackling Covid-19 and seasonal agricultural workers.

Two-week quarantines will be imposed on new arrivals to the UK from June 8, with fines for anyone who breaches the measure to prevent new waves of
coronavirus from overseas.

The restrictions are aimed at preventing a second peak of the disease being introduced by travellers, but the aviation industry has warned they may be devastating for business and the British Ports Association chief said they could “put a handbrake” on any recovery.

Passengers will have to provide their contact and travel information so they can be traced if infections arise, and they could face random checks from public health authorities to ensure their compliance during the 14-day period.

Breaches would be punishable with a £1,000 fixed penalty notice in England, or prosecution with an unlimited fine, while devolved nations can set out their own enforcement approaches.

Anyone arriving by air, sea or rail will be advised to use personal transport to head to their accommodation and once there not leave for 14 days, the likely maximum incubation period for Covid-19.

They will not be allowed to accept visitors, unless they are providing essential support, and should not go out to buy food or other essentials “where they can rely on others”, the department said.

The Home Office said if accommodation does not meet necessary requirements – with hotels, or with friends and family listed as options – they will have to pay to self-isolate in accommodation arranged by the Government.

Officials said that those the new entrant is staying with would not need to quarantine, but they should avoid contact with each other where possible.

“The answer as to why we’re bringing in these measures now is simple: It is to protect that hard-won progress and prevent a devastating resurgence in a second wave of the virus,” she told the Downing Street press conference.

“We are taking it at a time that it will be the most effective.”

Chief scientific adviser Sir Patrick Vallance explained that testing at the border would not be effective in reducing transmission because cases are hard to detect soon after infection.

“You start to test positive maybe at around five days, maybe a bit sooner, and you may be shedding a lot of virus for a couple of days then and for a few days afterwards,” he said.

Earlier, the chief executive of the Airport Operators Association, Karen Dee, told the Commons home affairs committee that drastic reductions in passengers “may simply lead to a prolonged shutdown of all aviation”.

The Airlines UK trade body said thousands of jobs and the economy’s recovery would be jeopardised by the plan, and called for ministers’ three-week reviews to be “robust, transparent and evidence-led”.

Chief executive Tim Alderslade said: “Introducing a quarantine at this stage makes no sense and will mean very limited international aviation at best.”

A full list of exemptions from the measure will be published online, but it will include:

– Anyone moving from within the common travel area covering Ireland, the Channel Island and the Isle of Man

– Seasonal agricultural workers who will self-isolate on the property they are working.

Ministers were continuing to consider forging so-called air bridges with other nations that have low transmission rates in order to allow some international travel.

Richard Ballantyne, chief executive of the British Ports Association, said similar measures should be considered for those travelling to the UK by sea.

He said: “Establishing ‘sea bridges’ with neighbouring European countries where the risk is low must be a high priority and the focus should not just be on aviation which has more complicated challenges.”

He added: “We need our maritime and tourism industries to help the economy to recover and we are concerned these measures will put a handbrake on this.”

The Home Office said arrivals would be encouraged to download the NHS contact tracing app at the border “once rolled out nationally”. 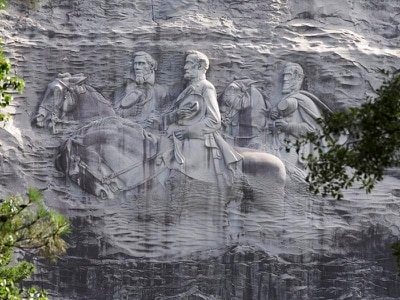