The princess and her sister Beatrice are honorary patrons of the Teenage Cancer Trust and have chatted to young people supported by the charity.

Princess Eugenie has been praised by a young woman disfigured by cancer surgery for having the courage to expose her scar on her wedding day.

Darcy Shaw, 21, was left with scars on her neck and chest after surgery for skin cancer and told the princess it was inspiring to see her walking down the aisle showing the scar on her back.

The pair chatted when Eugenie and her sister, Princess Beatrice, held a video call last week with a group of young people supported by the Teenage Cancer Trust.

Ms Shaw said: “I’ve always struggled with my body image, way before I got diagnosed with cancer, and anxiety and mental health issues. I was quite recently diagnosed – in February – and now have a scar on my neck and chest from surgery. And I thought to myself ‘Well, everything is going to plummet’.

Eugenie’s wedding gown was designed with a low back at the princess’s request to show the long scar from the operation she underwent at the age of 12 to correct a curvature of her spine.

Ms Shaw, who said she will be starting a job as a teacher later in the year, replied: “I saw pictures of you in your wedding dress and the scar, and it inspired me that you were so open about it and wanted to have it on show.”

Eugenie and Beatrice are honorary patrons of the Teenage Cancer Trust and they chatted to six young people from across the North West, who are helped by the charity’s specialist nurses and youth support co-ordinators based at the Christie NHS Foundation Trust in Manchester.

Teenage Cancer Trust chief executive Kate Collins, who was part of the video call, praised the princesses for their “heartfelt” support.

She said of the young people: “Sadly, for them and others, this isn’t their first experience of shielding and the isolation this can bring. Young people facing cancer often feel isolated from their friends and peers, who are moving on with their lives.

“Put a global pandemic on top of that, and it is essential that Teenage Cancer Trust is able to work even harder to make sure young people don’t face cancer alone.” 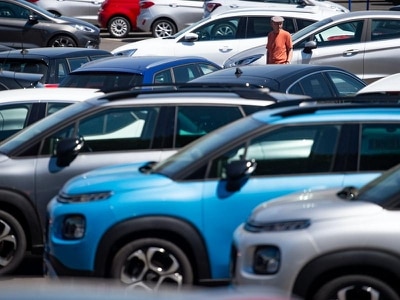