Under the new lockdown measures, non-essential shops will close in Leicester while schools will close to most pupils from Thursday.

Action to slow the spread of coronavirus in Leicester over the last 11 days failed to work and tougher measures were needed, the Health Secretary has said.

Matt Hancock said a range of targeted interventions over the last week or so – including working with factories that saw a spike in cases – had not managed to stem the outbreak.

It came as Prime Minister Boris Johnson thanked the people of Leicester for their “forbearance” in dealing with the new coronavirus restrictions.

“We also went into some of the factories and workplaces where there was an outbreak and we put in place measures.

“These sorts of much more targeted measures have worked in other outbreaks.

“So we’ve been taking this highly localised approach but unfortunately that targeted action wasn’t working in Leicester and that’s why we have taken this much broader measure.”

People are also being told to avoid all but essential travel to, from, and within Leicester and should stay at home as much as possible.

The planned opening of restaurants, pubs, cafes, hairdressers and cinemas across England from Saturday will also not happen in Leicester.

However the city’s football team said its three remaining Premier League fixtures would not be affected by the lockdown.

Mr Hancock said Leicester had seen 10% of all positive cases in England over the past week, while Leicester’s seven-day infection rate was 135 cases per 100,000 – three times that of the next highest city.

There had been widespread confusion over exactly which towns and villages in Leicestershire are included in the lockdown.

It also said Birstall, Thurmaston and all areas of Oadby and Wigston were included in the lockdown.

Leicester mayor Sir Peter Soulsby criticised the slow response from the Government and Public Health England (PHE) in sharing case and testing data for the city.

“What we said to the Government was, it’s all very well telling us that the figures are high in Leicester,” he said.

“We’ve got that data and we’re still trying to work through the mountain of stuff that’s now come through and try to map it and to see where in the community the virus is still active and where it might be spreading.”

He said some colleagues “have had to spend quite a lot of time persuading” contact tracers on the ground to stay in Leicester “as some of them were on occasions seeking to decamp to go and measure elsewhere.”

The press conference heard that number-crunching so far, including data from around 800 people in hospital with Covid-19 infection, had shown hotspots in parts of the city.

He said the hospital data had shown who was most affected, adding: “Men have been quite heavily affected particularly in late middle age, elderly people have been hit particularly hard, and BAME (black, Asian and minority ethnic) communities in general have had somewhat higher rates of admission to hospital than the white community.”

Overall, he urged people to “stick together” and stay at home to control the spread of the virus.

Earlier, Mr Hancock did not rule out forcing people to stop travelling outside of Leicester but said he hoped locals would heed the new advice.

“On travel, we are recommending against travel unless it is essential but we are not putting that in place in law at this stage,” he said.

“Of course we will if we have to.”

It added: “Our approach has always been clear that we will use the four Es – engage, explain, encourage and enforce where necessary.”

– Britain’s most senior police officer Dame Cressida Dick has urged the public to be calm when pubs reopen in much of England on Saturday, as hospitals were told to prepare for an influx of cases on the night.

– The Prime Minister said his message was “build, build, build” as the UK comes out of lockdown.

– The number of deaths involving Covid-19 in the UK is now just under 55,000, according to the Office for National Statistics (ONS).

– The UK economy contracted by more than first thought between January and March as the coronavirus crisis saw activity tumble 2.2% in the joint largest fall since 1979, the ONS said.

Mr Hancock said there had been “an unusually high incidence” of coronavirus among children in Leicester but stressed that youngsters were at low risk of serious illness from coronavirus.

Defending the decisions on schools reopening, he said: “Where the prevalence is now very low in large swathes in the rest of the country, essentially, then reopening of the schools is safe.

“But when the disease starts to spread fast as it is doing in Leicester, then we do have to close the schools but it’s not for the protection of the children because they’re safe at school, it’s to slow the spread.” 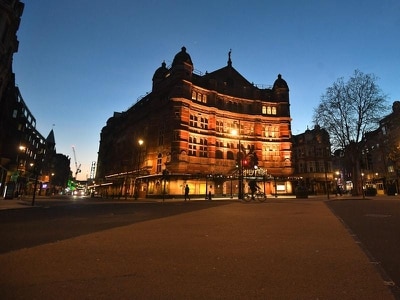 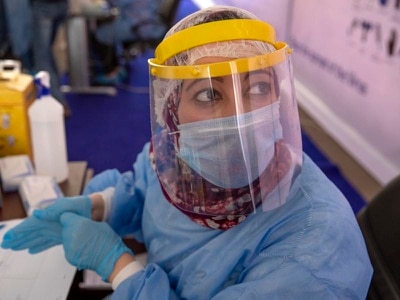