Virus could be catastrophic for mental health of generation lockdown – charity

More than a third of children and young people told Barnardo’s they are experiencing increased mental health difficulties during the pandemic.

More than a third of children and young people are experiencing increased mental health difficulties during the coronavirus lockdown, a children’s charity survey suggests.

The impacts of Covid-19 could be “catastrophic” for the wellbeing of “generation lockdown” without urgent early intervention, Barnardo’s is warning.

Four thousand children and young people aged eight to 24 in Britain were asked how they were feeling during lockdown in an online YouGov poll for the charity between May 15 and June 2.

More than a third said they have experienced an increase of mental health and wellbeing issues including loneliness (41%), worry (38%), sadness (37%) and stress (34%).

A third also said they had more trouble sleeping, which could have a knock-on effect on school work, behaviour and family life.

More than two thirds (68%) of respondents said not seeing their friends had been one of the three most difficult things about lockdown.

Barnardo’s chief executive Javed Khan said: “The Covid-19 pandemic is a traumatic event that has led to increased anxiety and stress for everyone, but especially children and young people who have had their lives turned upside down by the crisis.

“Once you add other vulnerabilities into the mix with lockdown and social isolation, the impact could be catastrophic for a whole generation.

“Domestic abuse has skyrocketed and poverty is increasing – meaning children are facing traumatic events that could have a lifelong impact.

“Black, Asian and minority ethnic (BAME) children are more likely to have lost family members to the crisis and to be struggling with anxiety.”

Barnardo’s also surveyed more than a thousand of its frontline staff in April, who said anxiety and disturbed sleep were the top two mental health difficulties for the children and young people they work with.

Loneliness and isolation are their biggest concerns for these children and young people.

More than two-thirds (69%) of Barnardo’s staff working directly with children and families said they are supporting people with an increase in mental health issues due to the Covid-19 outbreak.

But 35% of these staff members said they do not have what they need to support vulnerable service users with mental health difficulties.

The charity is calling for the Government to invest in a programme to address children and young people’s mental health over the summer holidays and into term time to mitigate the impact of school closures.

Many of these young people were reliant on services before lockdown and have become more vulnerable and isolated since the outbreak, the charity said.

It is worried that lockdown has led to rising mental health issues in already vulnerable children and young people, whose problems are being hidden from teachers and other adults due to a lack of social contact.

A 20-year-old care leaver told the charity: “It’s not easy, like people think it’s easy, you’re just staying in the house as long as you’ve got something to do it’s OK, but it’s not like that, for a lot of people staying inside on your own you feel trapped and you’re trapped with your own thoughts.”

According to NHS Digital, one in eight five-to-19-year-olds already had a diagnosable mental health condition before the coronavirus pandemic.

Charities, teachers and frontline services say children are facing “unprecedented threats to their childhoods and life chances” and deserve an “unprecedented response”.

Boris Johnson is also being urged to protect the most vulnerable children and young people, including those with disabilities, mental health difficulties, children who have suffered abuse and those from minority communities.

The joint statement, from organisations including Action for Children, the National Children’s Bureau and the NSPCC, reads: “The Government, understandably, has so far focused on the immediate health and economic consequences.

“It’s now time for the nation to put a strong, protective arm around its children, to stop childhoods being disrupted and life chances being derailed.”

A Government spokesman said: “We recognise the importance of children and young people’s mental health and wellbeing during the unprecedented coronavirus outbreak.

“That is why we have published guidance to schools and families about how to help support their children’s mental wellbeing and education at home.

“Mental health support continues to be available for those that need it. NHS services remain open and we are providing £9.2 million of funding to national and local mental health charities to support adults and children affected by the pandemic.” 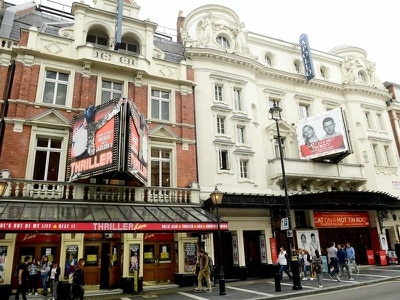