Two players have tested positive and six others have also been told to self-isolate.

Nicola Sturgeon has said she is “furious” with Aberdeen FC players who broke coronavirus protocols with a visit to a city pub.

Aberdeen is at the centre of a localised outbreak of Covid-19 with 101 cases of the virus reported since it first emerged on Sunday, and all hospitality businesses have been forced to close.

The First Minister said the breach by the players was “to put it mildly, completely unacceptable”.

The team’s match against St Johnstone in Perth on Saturday has now been cancelled, following a meeting between league officials and sport minister Joe FitzPatrick.

The First Minister said: “We are expecting members of the public to behave in a highly precautionary manner right now.

“When a football club ends up with players infected with Covid – and let’s remember that this is not through bad luck but clear breaches of the rules – we cannot take even a small risk that they then spread the infection to other parts of the country.”

She said the Scottish Government will be in contact with other managers and club captains to emphasise the importance of following the guidance.

The First Minister said she is “pretty furious” about the positive tests.

She added: “Footballers, as we all know, are role models and should behave accordingly.

“But it’s also important to remind the club, and indeed all clubs, of the obligation they have to ensure their players are behaving responsibly and in line with the guidance.”

The First Minister said the episode shows the importance of following the guidance laid out by officials to stop the spread of the virus, adding: “To say that this incident is deeply regrettable is an understatement.”

After the announcement of the postponement of the game, Aberdeen FC chairman Dave Cormack said the club is treating the issue “with the seriousness it deserves”.

He added: “In the meantime, I’d like to reassure the relevant bodies, our fans and everyone associated with the club that our already rigorous measures are being forensically scrutinised and that no stone will be left unturned in ensuring that no-one is under any doubt about what must be adhered to.” 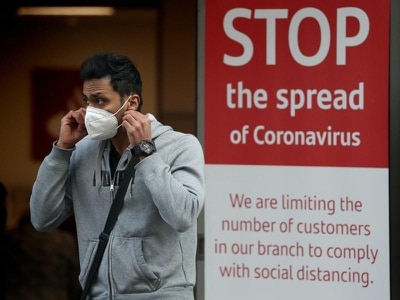