Michael Gove visited Northern Ireland as plans for a £355m new system for moving goods into the region were announced.

Northern Ireland’s political parties have welcomed the plan for a system to ease processes around moving goods into the region from the rest of the UK post-Brexit, but warned that questions remain.

Chancellor of the Duchy of Lancaster Michael Gove visited a carpet factory in Co Armagh on Friday as the system to help firms deal with the paperwork around transporting goods after the UK leaves the EU were announced.

The new Trader Support Service is aimed at addressing concerns from businesses that red tape could disrupt the flow of goods from Great Britain.

“We welcomed the additional money made available to help ease trade between GB and NI because of the Protocol,” the DUP leader said.

“There are however, many points which still require clarity to enable business decisions to be made. Indeed, there is also a role for the EU to show some flexibility to resolve any remaining concerns and give certainty.”

“The announcement of this £200m support package is welcome news for those local businesses who are growing increasingly worried about the trading environment in the post-transition period in January 2021,” he said.

“However it’s clear that in the face of being unable to deliver upon the promise of ‘unfettered access’ and ‘no additional burdens’ the British Government are left with no choice but to pull a magic money rabbit out of the hat in an attempt to distract from the fact that their Brexit misadventure has created a mountain of red-tape and bureaucratic processes.

“Today’s announcement is not the long overdue border operating model that we have been promised, it is merely another attempt to create an IT system that will take care of the complex formalities in automating the customs process.”

“No matter how the Government may seek to spin it, the reality is that they have allowed a regulatory border to be placed down the middle of the Irish Sea and they are now scrambling to try to undo the damage this will cause,” he said.

“We are just months away from the end of the transition period and still there are questions that do not have answers on how the Northern Ireland economy will be protected from the worst impacts of the misguided decisions that have been taken.”

He repeated his party’s call for the transition period to be extended.

“The UK Government has also failed to offer any more detail on how it will ensure unfettered access to the GB market for NI businesses, or even which goods will qualify for unfettered access,” he said.

“And ultimately, all of this disruption is a product of an ideological refusal to countenance extending the transition period in the middle of the biggest public health crisis in a century.

“The best way to minimise the damage Brexit will inevitably cause is to extend the transition and avoid a crash out at the end of this year.” 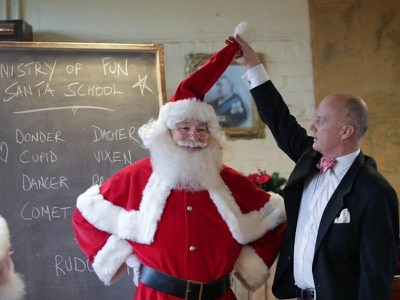