Tony Smith said calling in the navy would not change the situation.

The UK needs a new treaty with France to tackle the ongoing migrant crossings crisis rather than calling in the navy, according to a former Border Force chief.

Speaking to the PA news agency, he said: “The navy would give us more assets on the waterways because we only have a limited number of Border Force cutters.

“The only powers available are search and rescue and that’s what we have been doing.”

Once migrants are on board a British vessel they can claim asylum in the UK, he said.

“We need a bilateral agreement between our government and the French government that any vessel picking up will take them back to the port from which they departed.

“The law needs to change in order to do it.

“The laws are in place to make sure people don’t drown. They are obligated to rescue people who are found at sea and are in distress. Nobody wants anybody to drown.”

Mr Smith, who was working for the law enforcement body during another peak of migrant crossings between 2002 and 2004, said the numbers now are not yet at the “epidemic proportions” seen back then as tens of thousands attempted to come to the country mainly by ferry.

But he warned that rate could be reached if daily crossings continue to be in their hundreds.

The problems with agreeing a treaty were “fuelling the supply chain” for people smugglers who are exploiting legal loopholes, he said, adding: “I’m worried that we have not been able to broker any agreement with the French to stop the smuggling and without that we are not going to be able to do it.”

But he said there is potential for a “quid pro quo” arrangement where the Government considers options available to asylum seekers and how they make their claims, with the suggestion that these could be submitted from France to take away the need for crossings.

Human rights and asylum charities have been repeatedly calling for “safe and legal routes” to be made available to stop the crossings in their tracks.

But there would need to be “tight rules” if introduced, he said.

He had “no doubt” ministers were doing “everything within their power to try and fix this” but added: “We will need an agreement with the French and that is not entirely within our hands.”

The Home Office said it wants to return as many migrants as possible, with campaigners warning a deportation charter flight is scheduled for Wednesday to France and Germany.

Bella Sankey, director of charity Detention Action, told PA: “Sending traumatised asylum seekers that have fled murderous regimes to France or Germany at the height of a global pandemic, is the sign of a Government that has lost its moral compass and is fast losing the plot.

“Britain has welcomed refugees for centuries and earned its reputation as a beacon of hope and justice.”

Previously Home Office officials launched an attack on what it branded “activist lawyers” who it claimed were frustrating efforts to send migrants back to France with “vexatious claims”.

They also hit out at “inflexible and rigid” asylum regulations that it says are “not fit for purpose”.

Ms Patel – who last year vowed the crossings would become an “infrequent phenomenon” by now – has previously sought to level blame at her counterparts on the continent as she revealed the UK and French governments were locked in a row over the interpretation of maritime law.

On Twitter on Friday she once again branded the number of crossings appalling, unacceptably high and “shameful”, saying that there were “serious legislative, legal and operation barriers” as she reiterated her call for co-operation from the French.

Mr Ellwood agreed that the Government must “work closely with France”.

He told BBC Radio 4’s PM programme: “The point was made, actually, that the Dublin regulations stipulate that anybody seeking asylum should do so in a safe country.

“France is very safe, and yet here they are. We are seeing so many people make that journey.

“But I also make the point, which I think you’re implying, we won’t solve this problem simply by getting better at guarding our shores.

“There are criminal gangs that are making millions by developing human trafficking chains leading all the way to Africa, to the Sahara, and until we start tackling that this issue will continue.” 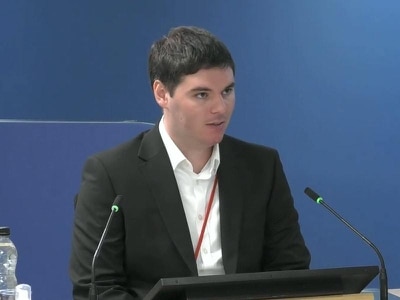 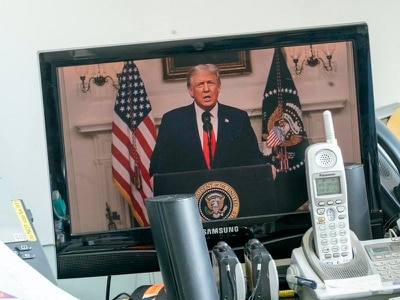