Despite three months of growth, the economy is still 11.7% below pre-virus levels.

The Bank of England is expected to leave interest rates on hold at 0.1% on Thursday as the economy accelerates out of the record recession caused by the Covid-19 lockdown.

But the latest decision by the Bank’s Monetary Policy Committee (MPC) comes as worries mount over mass unemployment and long-term economic scarring from the pandemic once Government support schemes end.

Many economists think the Bank will launch further action later this year, likely in the shape of more quantitative easing (QE) in November or December to prevent the rebound from fizzling out.

While down from the 8.7% recorded in June, it still puts the UK on course for double digit growth in the third quarter, according to experts.

This follows the eye-watering 20.4% contraction seen between April and June, which marked the biggest second quarter slump of any major global economy and plunged the UK into a historic recession.

Given the recent bounce-back, the Bank is therefore seen keeping rates unchanged in September and holding off from further increasing its £745 billion QE programme.

Howard Archer, chief economic adviser to the EY Item Club, is predicting third quarter growth of around 15% and said, together with the Chancellor’s support measures, “there seems little need for further MPC stimulus action – for the time being at least”.

But despite three months of growth, the economy is still 11.7% below pre-virus levels.

Figures earlier this week showed the rate of unemployment increased for the first time since the pandemic spread across the UK, to 4.1%.

The statistics also revealed round 695,000 UK workers have been removed from UK company payrolls since March when the coronavirus lockdown began.

Bank Governor Andrew Bailey said recently he expects the pandemic to permanently scar the economy by reducing GDP by 1.5%, while deputy governor Sir David Ramsden warned it could be even worse.

With growth set to slow in the fourth quarter, and the end-of-year Brexit deal deadline approaching, experts said policymakers will be standing ready to take further action.

Inflation at a near-five-year low of 0.2% also gives the Bank plenty of room to manoeuvre.

Investec economist George Brown said the September MPC meeting was likely to be a “staging post for further easing”.

He is predicting another £75 billion of QE once the current round finishes at the year end.

The Bank is also reviewing the case for negative interest rates, given that rates are already at rock bottom and it has few other tools in its monetary policy toolkit.

“We suspect that the MPC will maintain the view that such a move is not in the best interests of the UK economy,” Mr Archer said. 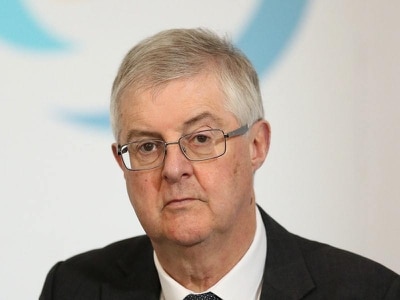