The ‘demon pigs’ have been likened to mystical creatures from Harry Potter.

London Zoo has welcomed the arrival of their first “demon pigs” — nicknamed the ugliest pigs on earth.

The hairless pair of babirusa, named Budi and Beth, have been likened to creatures from JK Rowling’s Harry Potter books.

“In fact, their traditional nicknames aren’t kind at all; people who live alongside them in Indonesia call them rat pigs or demon pigs, because of their long, misshapen tusks —  which are actually teeth growing through their noses that curl backwards.

“Budi has very Lupin-like features while Beth resembles Dobby and just like those famous characters they’ve absolutely won us all over – the way they wag their long stringy tails when they’re happy is a joy to see.”

They will spend the first few weeks settling into their off-show dens before they begin venturing outside where visitors will be able to spot them.

They have come to the zoo as part of a vital international breeding programme for the species, which are classed as “vulnerable” in the wild due to habitat loss and being hunted for the bushmeat trade.

“They may not be Indonesia’s most photogenic residents, but babirusa do fulfil an important role in the forest’s ecology – turning the soil and spreading seeds as they forage,” said Hannah.

“People might say that Budi and Beth have faces that only Newt Scamander could love, but they really are fantastic beasts who need our help — and you can find them at London Zoo.” 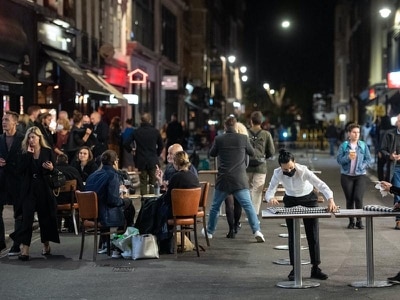 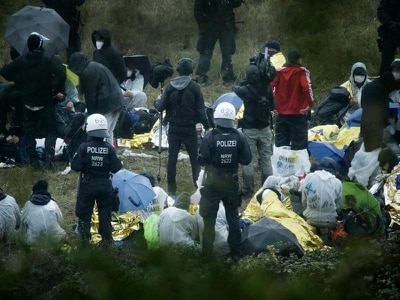