Spencer Tunick said the work was ‘about breaking down barriers’.

Volunteers have stripped naked – apart from their masks – for a socially distanced art installation.

More than 200 people took part in the gathering, the brainchild of US artist Spencer Tunick, at London’s Alexandra Palace.

Tunick, who is known for his images of groups of naked people taken all over the world, said that creating the work was “liberating and life-affirming”.

“The reality of masses of people close together – shoulder to shoulder, skin touching skin – may be something of the past for now, but still the desire is there for that natural connectivity, perhaps more so now than ever,” the photographer said.

Participants stood at least one metre apart and had temperature checks on arrival when they took part in the installation, photographed on Saturday, organisers said.

It has been billed as “the UK’s first major participatory work of art since lockdown”.

Entitled Everyone Together, it was supported by Sky Arts to mark the channel now being available on Freeview and Freesat.

“While the pandemic has presented challenges to the cultural sector, we’ve also seen a great deal of innovation in the arts, and thousands of people have created their own artworks or reconnected with their artistic abilities. The sense that the arts is for a self-selecting group of people is disappearing, and that can only be a good thing.”

New shows on Sky Arts include Offended by Irvine Welsh, exploring the nature of offence and its impact, Sky Arts Book Club Live and Charles Hazlewood: Beethoven And Me, marking the 250th anniversary of the composer’s birth. 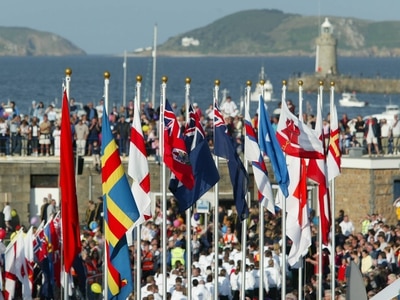 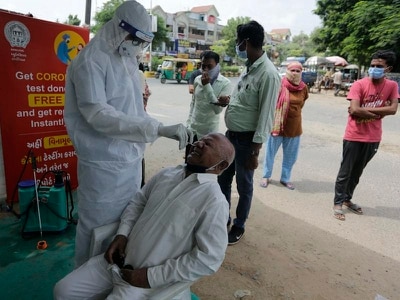